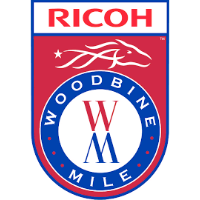 The $1 million Ricoh Woodbine Mile (G1) is one of the three flagship races at Woodbine Racetrack outside Toronto, Canada. The marathon meeting, which runs from April to the second week of December, is topped by the $1 million Queen’s Plate that was run earlier this season, and then the Woodbine Mile and the $600,000 Pattison Canadian International (G1), which will both be run Saturday, September 18, 2021.

The Woodbine Mile winners odds are not available at the moment. As soon as they become available, we’ll be sure to update this page with the latest markets. This page was last updated on September 8, 2021:

Like Woodbine itself, the race has had a long and diverse history. It has been run on turf and dirt and at varying distances from a mile to a mile and a quarter. Now at home with its September date and rich purse over a mile on the grass, the Woodbine Mile is a popular fixture and destination for horsemen and fans alike. Woodbine Mile betting odds are available the week of the race.

We will publish the odds as soon as they become available. See below the top sportsbooks where you can wager online and choose the best one for your horse racing picks:

When you’re ready to make your Woodbine Mile selections, remember that you can add to your profits with cashback and similar bonuses on all horse racing bets placed with an online racebook like the ones recommended here. Choosing a racebook is an important step to making the most of your bets and expanding your profit.

Picking your Woodbine best bets includes knowing about the leaders of the circuit. Because Woodbine is over the border in Canada, it has its own rules regarding shippers and its own track leaders in the jockey and trainer standings.

Often out-of-town jockeys win the Woodbine Mile, with John Velazquez and Julien Leparoux finding the winners’ circle. However, 2019 and 2020 were ruled by local riders, with Eurico Rosa da Silva winning in 2019 and Justin Stein taking the crown in 2020.

Trainer Mark Casse often dominates the Woodbine standings, and this year is no different. He has the most horses and runs an international operation. Locals Josie Carroll, Kevin Attard, Robert Tiller, Mike DePaulo, and Roger Attfield also get excellent stock and do well in stakes races.

Sam Son Farm has the most wins in the Woodbine Mile for owners, and New York jockey John Velazquez has flown in to ride the winner five times, the most of any jockey.

How to Bet at Woodbine Racetrack

Woodbine offers an hour-long handicapping show each day featuring the duo of Jason Portuando and Jeff Bratt in the studio. They give their Woodbine best bets and Woodbine wagers every race day. This year, Woodbine has been running four days a week most weeks, with races Thursday, Friday, Saturday, and Sunday.

Learning how to bet at Woodbine Racetrack is part of the battle to becoming the best handicapper. There are two turf courses at Woodbine, with an inner turf course at seven furlongs and a 1 1/2 mile outer turf course that sweeps around the perimeter of the inner synthetic track at one mile. The Woodbine Mile is run on the outer turf course, with horses starting on the backstretch and sweeping around the wide turn to the long stretch and the wire. Pay attention to how the track is playing that day, such as if speed is holding on at the front end, or if horses are making sweeping moves off the turn to run down the front runners. That will help you make your Woodbine Mile selections.

Weather can play an important part in horse betting at Woodbine. In the fall such as September and October, it can either be pleasant, hot like summer, or sleeting rain. Sometimes in October it even snows. All of that can affect how the track and turf course play on a given day.

The Woodbine Mile has undergone many changes throughout its history. It began in 1988 as the Molson Export Challenge at 1 1/4 miles on the dirt, worth $750,000. The race became the Molson Million and was run over 1 1/8 miles on the dirt with a purse bump of $250,000. Then it moved to grass and was the Atto Mile with a $1 million purse, and is now settled as the Grade 1 Woodbine Mile, run every September for $1 million.

While on dirt, the race drew some of the biggest stars in North America. Prized won it in 1989 and two months later took the Breeders’ Cup Turf. Hall of Famer Dance Smartly defeated males in 1991. Canadian Triple Crown winners Izvestia and Peteski won in 1990 and 1993, respectively.

Californian Dramatic Gold won in thrilling fashion in 1994; his photo still hangs in the Woodbine press box today. Skip Away won it in 1996 en route to a career that saw him earn $9 million without a Breeders’ Cup or Dubai World Cup victory.

Once switched to grass, the race has been a premier spot for turf milers. Names such as Leroidesanimaux, sire of Kentucky Derby and Dubai World Cup winner Animal Kingdom, won it, as well as the mighty mare Tepin. She also won the Breeders’ Cup Mile and won at Royal Ascot, all over males.

Perhaps the greatest horse to win the Woodbine Mile is Wise Dan, who is the only two-time winner. The popular chestnut gelding won in 2012 and 2013, the same years that he won the Breeders’ Cup Mile twice. He earned a staggering $7.5 million in his career for Morton Fink and trainer Charlie LoPresti. That trainer had already had Woodbine Mile’s success in 2011 with Turallure. In the Breeders’ Cup Mile two months later, Turallure and 2010 Woodbine Mile winner Court Vision finished noses apart in a thrilling photo finish at Churchill Downs.

Four fillies have won the Woodbine Mile in its history: Dance Smartly, Starship Jubilee Tepin, and Ventura. The latter did it in 2009 for the late trainer Bobby Frankel. Ventura won $2.5 million on the turf and dirt, was a Breeders’ Cup winner, and is the dam of French Group 3 winner Fount.

Mark Casse, who trained Tepin, won the Woodbine Mile in consecutive years. After Tepin’s 2016 win, Casse trained World Approval to win in 2017, and that popular gray gelding went on to win the Breeders’ Cup Mile at Del Mar just weeks later. World Approval earned over $3 million in his career.

In 2019, El Tormenta caused a huge upset, winning at 44-1 over heavily favored filly Got Stormy. She also hailed from the Casse barn, and was coming off a Grade 1 win over males at Saratoga.

As you can see, the Woodbine Mile has only gone to the favorite four times in the last 10 years, and when favorites don’t win their average finishing position is 5th. But the favorites who have won are some of the best milers in the last few years globally, including Wise Dan and Tepin.