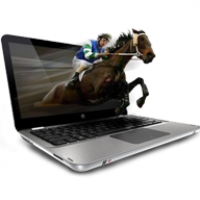 When you're ready to make your Arkansas Derby picks, remember that you can add to your bottom line with cash back and other bonuses on all horse racing bets placed with an online racebook like the ones recommended below.

As the last of the three Oaklawn Stakes races restricted to three-year-old horses (following the Southwest Stakes and the Rebel Stakes) several of the horses entered in the Arkansas Derby every year have already raced against each other, and this gives handicappers lots of information to work with.

For example, Creator won the 2016 Arkansas after finishing third in the Rebel. In that race, run at 1 1/16 miles, he was last in the field out of the gate and made slow forward progress until shifting out five-wide with about a quarter mile to go, and was gaining on the horses in front of him in the run to the finish.

One month later, in the 1 1/8 mile Arkansas, and facing six of the same horses, he used almost exactly the same strategy, but with the added distance, was able to reel in the leaders and win.

Even with the legendary American Pharoah bet down to almost even-money odds when he won in 2015, two of the last three years have produced double-digit winners in the race, including Creator at 12-1 and Danza (2014) at 41-1, making for an average Win payout of just over $37.00.

So while it is a small sample size, recent history at least would indicate the Arkansas is a race where longshots deserve a second look. Also deserving consideration is any horse saddled by Todd Pletcher, as the Hall of Fame trainer has won the race four times, including back-to-back in 2013/14.

Although the filly Althea holds the race record time in the Arkansas since winning in 1984, more recent years have not been kind to females, as no filly has won since.

Prior to American Pharoah, the last horse to win the Arkansas and then go on capture the Kentucly Derby was fan favorite Smarty Jones, who turned the trick in 2004.