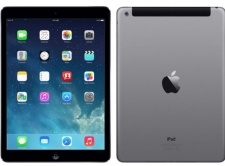 Sportsbetting is no longer an activity specifically tethered to phone calls with representatives and decisions made inside your home, behind a laptop or desktop computer. You can now get the full sportsbooks experience anywhere, on any device—including Apple's wildly popular iPad. Somewhat ironically, even though the iPad is closer to a computer than a phone, people more frequently use their iPhone or Android device to place bets than they do their Apple tablet. The reason: They just don't think to translate that mobile experience to their larger, more lucid display.

Well, news flash, you can absolutely do that. More than a few sportsbook apps are compatible with the iPad. We're here to suggest some of the best, while outlining a few of the benefits and even drawbacks to stepping outside your usual box.

No deviations here. The iPad's lone drawback as a betting tool is identical to the warts that can be encountered with the iPhone: Not every app can be downloaded from Apple's official store.

This is mostly true for plenty of United States residents, as the lines between online sports gambling and legality are incredibly blurred. Depending on the region in which you live, you may not be able to download and install betting apps without some workarounds.

The good news, though, is that these loopholes are easy to find and execute.

Most sportsbooks will offer direct downloads of apps from their website. Visit their page from your iPad, and many will automatically redirect you to that download page. Others, meanwhile, won't ask or expect you to install anything. You'll be able to simply use their full website on your iPad, as you would a computer. This is fantastic for people who are running low on tablet storage or who just don't want to add another app to their multi-age home screen.

Bettors are capable of exploring this non-committal option more often on the iPad than cellphone, since many websites recognize the IP Address of your tablet as a full-fledged computer—something to consider if you'd rather enjoy the no-strings-attached luxury of desktop apps as opposed to the download-and-install nature incumbent of most cell phone programs.

Here is even more evidence of the iPad's capacity to dabble in the best of both worlds.

Like a desktop computer, you're able to place bets on websites rather than download an app. Like an iPhone, however, you're also able to set home-screen push notifications that'll enhance your betting process.

For example, let's say you're an NBA savant. You want to bet on the Christmas Day matchup between the Golden State Warriors (-13) and Cleveland Cavaliers (+13), but you heard that Kevin Durant may not be able to suit up for the former due to a sprained left ankle. You can set push notifications for the Warriors, either via your sportsbook app or a third-party offering like ESPN and Bleacher Report, that'll alert you to any breaking or noteworthy news.

Once the verdict is delivered, you'll get a banner on your home screen that'll be visible right away, even if you're using the iPad. You can then proceed to make your final decision, in a timely manner, before the lines shift as a result of the news.

Although the iPad is substantially bigger than cellphones, they're still compact enough to take on the go with you. They don't have the unfurling setups of typical laptops, and their screens don't really go larger than 10 inches, which allots for easy on-the-move storage.

Heck, with the semi-recent drop of iPad minis, you can fit certain tablets into your pocket, toting them around like you would a cell phone, just with a larger screen.

Speaking of the larger screen, you're going to love the display. Everything appears in HD quality on the newer iPads, which is great for watching highlights and games on the device itself. But the bigger screens and clearer vision also make it so much easier to navigate sportsbook apps and websites.

You won't constantly have to zoom in, click on small buttons multiple times to make sure your command goes through or strain your eyes on your iPad. All the information will be shown on a screen comparable to a full-blown computer's, with the lightweight and handheld convenience of a cell phone.

If you can get a sportsbook app on your iPhone, you can get it on your iPad, too. These Apple operating systems are one in the same, so you don't have to worry about variance.

And because iPhones are so common, most sportsbook apps are interface-friendly, which in turn means they'll work at an identical level on your Apple tablet.

Bovada is another sportsbook app that is user-friendly across every mobile device. They do not offer live video options like Bet365, but they do everything else just as well, if not better.

This is especially true when it comes to the user interface. Everything is categorized explicitly. You are able to find specific lines, transaction options and even casino or horse-racing functions with just a couple taps.

Bovada also brings their notoriously loved bet-slip format to the iPad. You can easily double-check the wagers you're about to make—clarity that's particularly useful when trying to submit parlays and/or if-then gambles.

Think of their app as a stripped-down version of their full website: wholly functional, but with fewer hoops to jump through when it comes to app navigation.

Paddy Power's video play is extremely dependable. It's also more expansive than most. They don't have clips and full-scale games for teams in the United States, but you'll have access to streams for other events—such as every UK- and Ireland-based horse race.

Additionally, you'll enjoy a simple betting process, one that's not much more complicated than what's offered at Bovada or Bet365. Tabs are clearly spelled out for you on the app's homepage, and completing transactions is a cinch. You'll sometimes need to re-enter your payment and withdrawal information when going from the desktop version to the app, which can be a pain when all you're doing is logging into your own account, but this is a small price to pay for such a high-performing mobile program.