Check out our latest predictions for who will win the 2021 NBA title.

Just seven teams remain in the hunt for an NBA title and boy, is it tough to decide which one of them will win the championship. This is the deepest NBA Finals field the Association has seen in quite some time. Parsing its pecking order can be difficult. Luckily, our latest 2021 NBA title predictions include ranking every team's betting odds to make things easier on you.

Take a look at the latest NBA Finals betting lines, courtesy of the folks over at BetOnline:

Make sure to check these NBA odds again before deciding on any wager. They will shift throughout the playoffs.

As a housekeeping note, please remember this championship hierarchy is not based on betting odds alone. We are ranking every team according to how likely we believe they are to win the Larry O'Brien Trophy.

Like always, our pecking order will culminate with our official title pick being listed in the No. 1 spot. 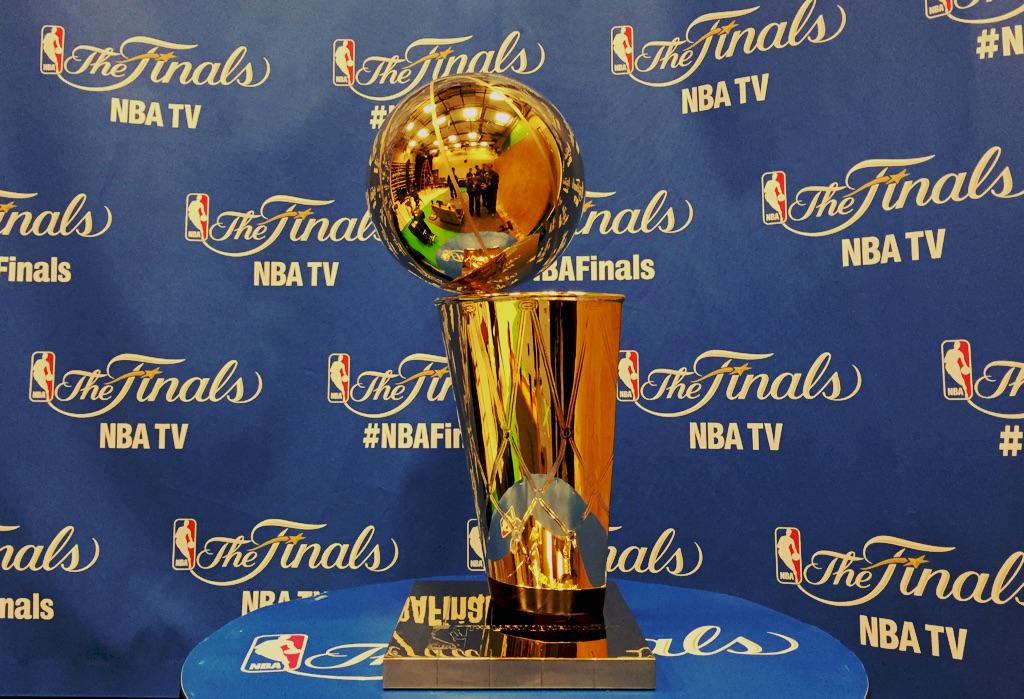 Oddsmakers are getting it right with the Atlanta Hawks. They are a promising team, with a budding base, but they feel a couple of players short right now.

De'Andre Hunter's injury looms large in their second-round matchup with the Philadelphia 76ers. They already don't have a viable body to go up against Joel Embiid. Without Hunter, they are now also struggling to defend Tobias Harris. They'll likely lose that series in five or six games.

Few could have predicted the Los Angeles Clippers would be among the bottom two teams in this exercise if they made it to the final overall seven. Between Kawhi Leonard, Paul George, Marcus Morris Sr. and others, they have one of the most terrifying rosters on paper.

The Clippers depth chart is rapidly becoming a paper tiger. Serge Ibaka is out for the year now. Patrick Beverley is a shell of himself. Rajon Rondo is barely playing some games. Los Angeles is entirely too reliant on Nicolas Batum and Reggie Jackson to boot. We'll be shocked if they make it out of their current second-round showdown with the Utah Jazz.

Clippers To win the NBA Finals
+800

We want to put the Jazz higher. We really do. But we have to hedge against injuries.

Mike Conley has yet to play in their series against the Clippers, and Donovan Mitchell, their most important offensive player, continues to labor through a right ankle injury. Their top-notch defense and three-point shooting should get them to the conference finals, but we don't see them getting past the Phoenix Suns in that matchup.

At 3.4-to-odds, Utah is currently overvalued, even if only slightly.

The Brooklyn Nets are this low only because James Harden is out with a hamstring injury and Kyrie Irving just suffered an ankle injury, and we have no idea when either will return. Harden hasn't played since Game 1 against Milwaukee. Irving left Game 4 and was seen exiting the arena on crutches.

It stands to reason the Nets will be playing at least two games without both of them in the lineup, leaving Kevin Durant to fend for himself with an impressive but not spectacular supporting cast. Translation: Brooklyn may be billed as a title favorite, yet they're far from it right now.

The Milwaukee Bucks appear too high if you take their first three tilts against Brooklyn into account. They couldn't score consistently, and with the exception of Game 3, Brooklyn's offense was humming.

But the Bucks stole—seriously, they stole—that Game 3. And then they took Game 4 with an impressive display at both ends. Giannis Antetokounmpo is attacking the rim harder, and their three-point shooting has improved. They seem to be turning a corner.

It also doesn't hurt that the Nets are dealing with injuries to two of their top-three players.

Putting the Sixers this high is not without risk. Joel Embiid, one of the three MVP finalists, is attempting to play through a torn meniscus. He has been dominant so far, but he's also liable to exit the lineup at any time.

Still, so long as he's on the court, the Sixers have the look and feel of a championship favorite. Their offense can bog down at points, but they are elite defensively and get just enough scoring from their non-Embiid players on most nights.

Plus, it makes sense to weigh context. Assuming they beat the Hawks, they'll be up against either a shorthanded Nets team or a seesawing Bucks offense in Round 3.

No, the Suns are not our title pick because they're the first team to clinch a conference finals appearance. They're the favorite because they deserve to be.

Devin Booker, Chris Paul, Deandre Ayton, Mikal Bridges, Jae Crowder, Cam Johnson, Dario Saric, Cameron Payne, and Torrey Craig make for the deepest, most well-balanced rotation in the playoffs. There isn't a team left the Suns don't match up well against, except for maybe the full-strength Nets, who they wouldn't meet until the Finals.

Insofar as there even is a consensus championship favorite in the NBA right now, the Suns should be it.

Check out this list of the best online sportsbooks so you can decide which one to use for all your NBA betting: