Here are some betting angles to keep in mind for the teams who were active and/or impacted by NBA trade deadline deals.

Acquiring Kirk Hinrich at the expense of Justin Holiday and Shelvin Mack won't turn the Hawks into world-beaters, but Hinrich is burying more than 40 percent of his threes and Atlanta has struggled most on offense this season. Because the Hawks have the defensive talent to cover up for his warts, Hinrich adds balance to a roster that, truthfully, now has a better chance of recapturing some of last year's magic. If you're looking to bet on a long shot NBA or conference champion hopeful, this is the team to pick. Bovada currently has the Hawks at +6600 to win the championship and +2200 to win the Eastern Conference. 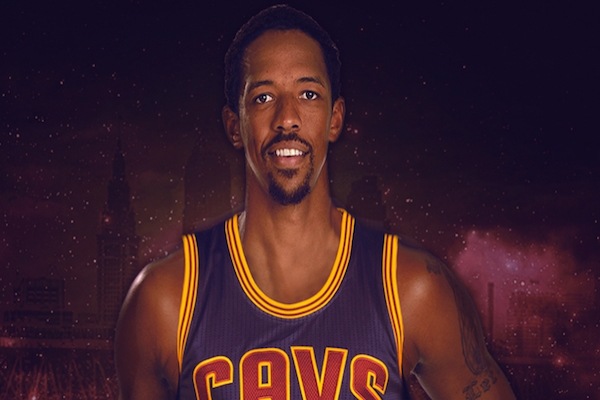 Channing Frye is a good fit for the Cavaliers' offense and he’s likely to knock down a ton of open looks off passes from LeBron James, Kevin Love and Kyrie Irving. Cleveland also has the option of playing both him and LeBron at the 4 and 5, so the team is better suited to combat the Golden State Warriors' positionless revolution.But don't be fooled into thinking the Cavaliers moved their championship needle much, if at all.

They opened the year as title favorites in large part because it's less complicated to reach NBA Finals by way of the Eastern Conference. Just because they're still all-but guaranteed to get there, though, doesn't mean they have what it takes to beat the Warriors or Spurs in a seven-game series. Bovada has the Cavs pegged as second favorites, +350, to win it all. As expected, they’re heavy favorites to come out of the Eastern Conference, pegged at -400.

Bet on the Pistons making the playoffs. They're currently outside the East's postseason picture, but less than three games separate them from the fourth-place Hawks.

Tobias Harris has the potential to be an incredible stretch 4 under head coach Stan Van Gundy. He has shown he can score off the catch in the past and should feast on the open looks he receives courtesy of the double teams that defenses place on Reggie Jackson and Andre Drummond.

Trading for Donatas Motiejunas presents some risk, since the Pistons gave up a protected first-rounder. But he strokes threes with consummate ease and, when healthy, protects the rim. The 7-footer can play center, which gives Detroit the option to deploy a formidable five-shooter lineups. Bovada has them sitting at +10000 to come out of the East.

Thinking of placing a dark-horse bet on the Clippers to win the NBA title? Think again.

Getting Jeff Green in exchange for Lance Stephenson and a lottery-protected pick does not help this team. Green doesn't space the floor, isn't an exceptional defender and can't survive at small forward, which is still Los Angeles' weakest position.

The Clippers should be fine in the interim, since Blake Griffin's absence means more minutes at power forward for Green. But Green is of little value once Griffin returns, and it wouldn't be surprising to see the Clippers get bounced in the first round of the playoffs thanks to their badly built roster. We’re of the strong opinion that, at +2000 to win the championship and +1200 to win the West, Bovada and other bookmakers look too kindly upon Clippers.

Getting Randy Foye in exchange for D.J. Augustin and Steve Novak doesn't change the Thunder’s chances. It opens up more minutes for rookie Cameron Payne and saves them a ton of money. That's about it.

The Blazers, who’ve already surprised many this season, are now equipped to secure that unlikely playoff berth. Bet on the Blazers to win one-off regular season when they are underdogs but that’s far as you should go. At +20000 they have no shot of coming out of the West. 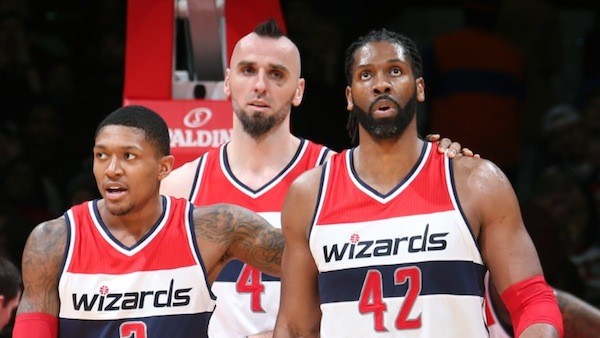 The acquisition of Markieff Morris is a risk for the Wizards, who still sit well outside the East's playoff picture. But a change of scenery will do him good and the Wizards have a need for a playmaking 4 with his defensive potential.

With the Bulls and Heat banged up and fading fast, there’s going to be a ton of movement inside the East's playoff bubble. Bank on the Wizards making the playoffs and finishing above .500. Bet on them to win the Southeast Division if you're feeling brave. However, we implore you to stop there. You have a better chance, with the Magic sitting at +40000 to win the Eastern Conference, to turn water into wine.

To gain some invaluable intel about what type of bet to make, how to make it, and for a comprehensive look at the NBA standings and fixures, click here.