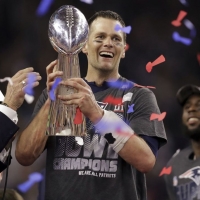 Super Bowl 51 is barely in the books but it's never too early to start talking about Super Bowl 52, slated for February 4, 2018 at U.S. Bank Stadium in Minneapolis. Can the New England Patriots do it again, becoming the first team to win back-to-back Super Bowls since the Patriots did it in 2004-05? Will the NFC end its three-year Super Bowl drought? Is there a dark-horse contender about to emerge from the shadows?

Fresh off their 34-28 overtime win over the Atlanta Falcons in Super Bowl 51, Bovada.lv has established the Patriots as the +400 favorites to capture Super Bowl 52. Eight teams have repeated as Super Bowl champions but it's happened just twice in the past 23 years.

Who Is Going To Win Super Bowl LII?

Will the Atlanta Falcons rise up from their disappointing loss in Super Bowl LII, which saw them blow a 28-3 lead and lost 34-28 to New England in overtime?

History suggests that is unlikely. Click the image to go directly to Bovada's site. Has the time finally arrived for the NFC to win the Super Bowl again?

If so, you have to like the chances of the Dallas Cowboys. After a solid 2016 season, the Cowboys were upset by the Green Bay Packers in the NFC divisional playoffs, but certainly the lessons learned by rookie quarterback Dak Prescott and running back Ezekiel Elliott should position Dallas well to take that next step. At +750, that's a good price. Bovada has published their Super Bowl 52 future odds, which can be seen below.

To find a Super Bowl loser who made it back again the following season, you've got to go all the way back to the Buffalo Bills' fourth straight Super Bowl loss, which came in 1994 in Super Bowl XVIII.

And if you are seeking a Super Bowl loser that came back to win the following season, you'll be required to track your way to Super Bowl VVI, when the Miami Dolphins, 24-3 losers in Super Bowl VI to the Dallas Cowboys, rebounded for a 14-7 win over the Washington Redskins.

Certainly the New England Patriots are a good bet to be back in the AFC Championship Game. After all, they've played in six in a row, and BetOnline has made them the +225 favorites to win it again. But there's a couple of other teams definitely worthy of a look. The Pittsburgh Steelers lost to the Patriots in the 2017 AFC title game are are +600 to win it in 2018. 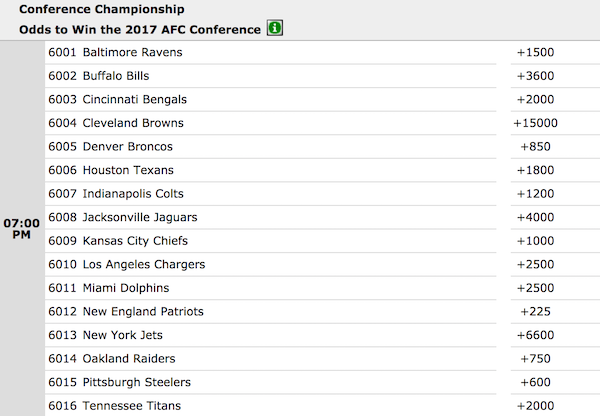 Is it time for America's team to be great again? The Dallas Cowboys went 12-2 in 2016-17 and were the first NFL team to clinch a playoff spot. They were stunned by Green Bay in a spectacular playoff game, but the young Cowboys figure to be right back in the thick of things in 2017-18 and are +375 to win the NFC title. 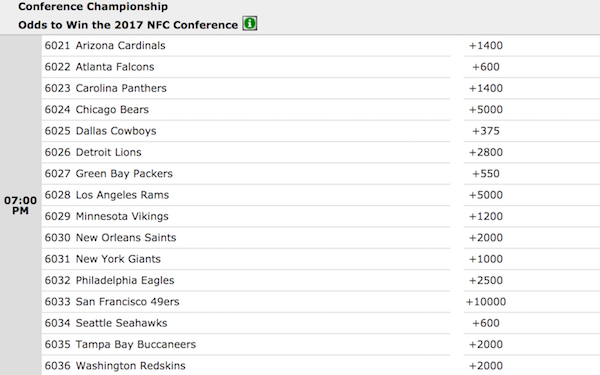 The Packers have been to the NFC Championship in two of the last three years but couldn't clear the last hurdle to make the Super Bowl. Green Bay is +550 to win the NFC title. Atlanta and the Seattle Seahawks are next at +600, while if you want to take a flyer, the Minnesota Vikings are +1200 to become the first home team to make a Super Bowl appearance.