Check out our latest Olympic betting picks for men's and women's basketball and boxing!

While there is no such thing as a small Olympics event, the gold medal pursuits in both basketball and boxing are heating up and receiving more attention than many of their counterparts. In basketball specifically, Team USA looks more beatable than usual on both the men's and women's sides. In boxing, meanwhile, the race for gold in the men's and women's middleweight divisions has reached the final four.

With so much at stake, it only makes sense that we bring you our latest Tokyo Olympics betting odds and predictions for basketball and boxing.

Let's start with the women's basketball bracket since their next games will take place first. Here are the latest Olympics odds, courtesy of BetOnline:

As ever, make sure to double-check all of these Olympic betting lines before committing to a wager. They will move at BetOnline and other top sportsbooks between now and their scheduled start times. That's the nature of Olympic events, especially because they are taking place at all hours of the day.

Please be aware that all of our Olympics picks refer to who will win the gold medal rather than a specific matchup or the silver or bronze medals.

Since the women's basketball bracket is earlier in their tournament and scheduled to play their next slate of games first, we will begin with our prediction there before moving on to the other events.

Team USA (-800) received a lot of scrutiny for not inviting certain players to join their roster, most notably WNBA superstar Candace Parker. While the merits of that decision are still up for debate, Team USA women's basketball has had an easier time navigating their bracket than the projected concerns. 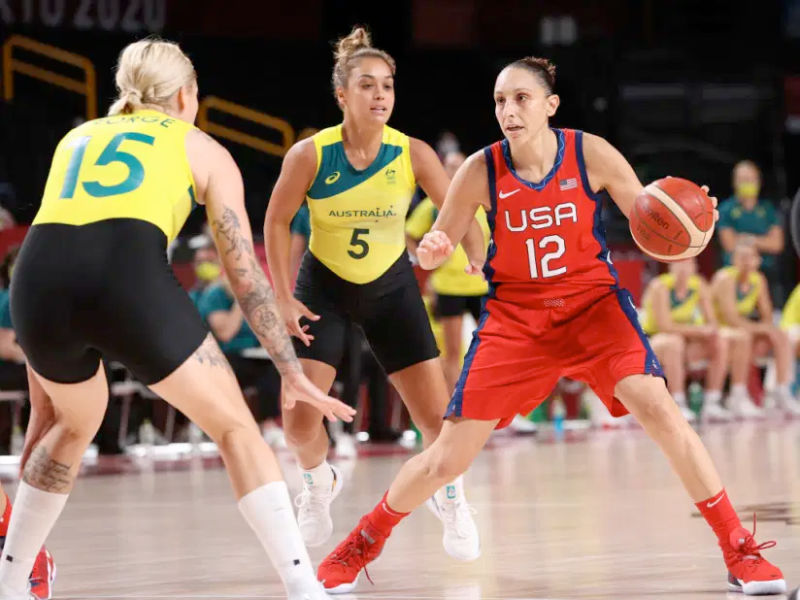 Breanna Stewart and, in her Olympics debut, A'Ja Wilson have been absolutely fantastic, and the team overall boasts the Olympics' largest point differential. We wouldn't mind anyone investing dark-horse money in the beautiful team basketball being played by Japan (+1600), but the United States still deserves to be the heavy favorite here, like always.

Check out the latest odds for which country will win a gold medal in the Olympics men's basketball tournament:

Shoddy exhibition play from Team USA (-400) still has observers worried about the long-term future of the US's basketball program. Head coach Gregg Popovich has them trying to run complicated sets, even though the roster is subject to more turnover and less time together than other men's squads around the world. The entire operation is definitely less than ideal.

At the same time, the talent on this roster speaks for itself. Damian Lillard. Kevin Durant. Jayson Tatum. Bam Adebayo. And so on. Team USA has great flaws, which isn't why it's "only" a -400. But their primary threat was believed to be Spain, and they've already eliminated them.

As such, this remains a non-decision.

Britain's Lauren Price (-110) heads into the semifinals as the odds-on favorite, and it's tough to build an argument against her snagging the ultimate victory. Her background in boxing, mixed martial arts and even football has left her with a set of skills so comprehensive and unique that very few stand a chance.

This holds true for her next opponent, Nouchka Fontijn (+325). Her actual biggest threat would await in the finals, in Li Qian (+325). But we've yet to see another fighter with the combination of foot speed and hand-eye coordination of Price. We recommend jumping on her odds before she becomes an even heavier favorite.

There are also only four fights left in the men's middleweight boxing division. Here are the latest odds for who will win the gold medal:

Oddsmakers aren't giving anyone a chance against Oleksandr Khyzhniak (-225) of the Dominican Republic. The fighter with the second-best odds is Eumir Marcial (+500), and he's still a 5-to-1 underdog.

One look at Khyzhniak's resume says all you need to know. He won gold medals at the 2017 World Championship, 2017 European Championships, and 2019 European Games—all in this exact weight class. 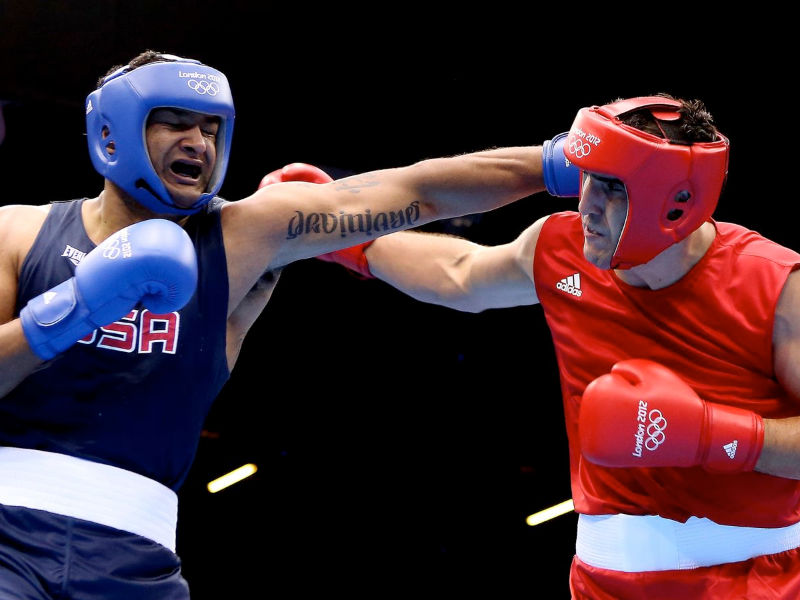 Given the quick work he's made of his other opponents in Tokyo, it'd be a real shock if he drops one of his next two fights.

Check out the below list of all the top online sportsbooks so you can decide which one to use for all your sports betting: