In the pantheon of rugby union leagues worldwide, few rival the sheer competitiveness of the Gallagher Premiership. This 12-club league is the top-flight competition of England’s rugby union system. It’s been running for over three decades and the future only seems brighter as the sport continues to catch on in popularity. Cause of this, you’ll find Premiership betting odds at a vast amount of betting sites.

The odds for the Gallagher Premiership are now available. The odds are subject to change and were last updated on November 7, 2022:

We’ve gone ahead and crafted this Premiership betting guide for interested bettors. Throughout this article, you’ll find pertinent information about gambling on the league — the best online sportsbooks available, the latest odds, and must-know tips to win. Let’s get started!

135 — that’s the total number of games played in a rugby Premiership season. For bettors, that also means 135 separate Premiership odds that can make you money.

The Premiership season runs from between Septemeber and May. Each of the 12 teams plays 22 regular-season matches. The four that finish atop the table qualify for the postseason, which is contested in a win-or-go-home format.

To keep up with all this action, bettors will need to find an online sportsbook that carries every match and then some for betting. Union rugby — while on the incline — still isn’t widely-supported in the gambling industry with a few notable exceptions. Those betting site exceptions are listed below. You’ll have a hard time finding better sportsbooks for Premiership betting than these next three:

When it comes to pure selection, few bookies outdo BetOnline. This sportsbook has it all, no matter the sport, the league, nor the country.

That applies to rugby, of course. Both rugby union and rugby league matchups are prominent fixtures in its sportsbook, whether at the club or country level. Obviously, the Premiership falls in the former category, but all 135 of its games are carried at BetOnline.

One more thing about BetOnline: it’s user betting experience is top-notch. While there are thousands of bets to be had on-site any given day, it’s all organized in a neat fashion. Rugby bettors will have no issue finding and gambling on the exact selection they want. BetOnline’s interface is a chief reason why it’s become one of the most popular bookmakers in the whole marketplace.

Similarly, WagerWeb is no slouch when it comes to its Premiership betting menu. You name the Premiership wager — moneyline, spread, or over/under — and it’s available for wagering at the bookmaker. This applies to both pregame and live odds.

However, where WagerWeb really earns its mettle is in its sign-up bonuses. It differs from the industry norm and for all the right reasons, too.

For one, there are actually three welcome bonuses to choose from at WagerWeb. That’s a steep contrast to most competitors that have one end-all, be-all promo for players. Having extra options, such as WagerWeb’s deals, is always a plus for a bettor.

Two, the actual bonuses themselves are different. Whereas most bookies only offer a free play award, WagerWeb’s promos are a mix of free play AND cashback/rebate on sports betting — no need to choose one or the other. Depending on the bonus that’s selected, you’ll get varying degrees of both from WagerWeb upon sign-up.

Last, but certainly not least, our suggestions are BetDSI. Like WagerWeb, this sportsbook earns brownie points for additional site features offered.

BetDSI thrives in the rewards program department. Every single time you bet on BetDSI — whether that’s on Premiership or a different rugby event or an entirely different sport — you earn “BetPoints” from the site.

These BetPoints get you a lot of mileage. For one, they’ll earmark you for one of three rewards levels (Gold, Platinum, or Diamond) and each tier comes with unique perks. But even better, BetPoints can be exchanged for cold hard cash. You’re free to withdraw this cash as winnings or re-use it inside the sportsbook.

Loyalty programs are rare across the industry, little less one as high quality as BetDSI. If you plan on betting Premiership all-season long, it’s hard to go wrong with this bookie. Think of it this way, at BetDSI, you literally get paid to wager on rugby in the long run.

In case you’re not sold on these bookmakers quite yet, reference our table below. It includes in-depth betting site reviews and details on the welcome bonus offered at each. There are also more sportsbook recommendations that just missed our cut.

If you must, compare Premiership odds from sportsbook to sportsbook. Doing so can guarantee that you get the best possible prices for Premiership betting.

At the end of the day, everybody wants to get their Premiership predictions correct and rack up money. But unfortunately, no one's a fortune teller and the sport is unpredictable. But don't be discouraged, money can still be made at Premiership betting.

Below we've included three sure-fire Premiership betting tips. While nothing is ever a guarantee in sports betting, following this advice will at least safeguard you against costly losses.

Less Is More In Rugby Betting

One of the most common mistakes we see with rugby bettors is "spreading themselves too thin." In other words, betting on too many games.

Let's take a step back real quick. The backbone of any rugby bet should always be research and data — and never emotions. Simply put, there must be hard evidence behind why you're picking one bet over the other. Here's the thing, though: research takes time. A lot of time, matter of fact.

That's why when bettors have money on every game under the sun, one has to wonder, how much time did they really spend thinking about that wager? The answer, more times than not, is minimal.

You must avoid this trap at all costs. You're much better off loading the boat on a select amount of bets — bets you've actually done the leg work on and are extremely confident in. Judge your gambling success by the win-loss record (winning percentage, essentially) instead of total wins.

Recent Outcomes Matter The Most

In the Premiership's 30-plus-year history, four teams have completely dominated the league — Leicester, Bath, Wasps, and Saracens. Collectively, the "big four" have won 27 championships, which is more than 80 percent of the time.

With that said, past history doesn't indicate future performance. Well, sort of. In our book, it all depends on how recent that history was.

Take Leicester, for example. No club in league history has more titles than its 10. However, the team has been on a dry spell since 2013. While still a force, Leicester isn't the same powerhouse it once was.

When trying to predict how a team will fare next, weigh recent team performance above all. The recency depends on what exactly you're betting on. Say it's a futures bet on the league winner. In this case, the only factor in the last year. However, if it's an over/under wager at mid-season, account for the last three to four games or so.

Look, the Premiership season has 22 "rounds" or weeks. Who a team was in round 3 is probably not who it has come round 17. A lot could've happened in between that gap including injuries, lineup adjustments, change in team morale, etc. Paying attention to more recent happenings will tell you whether a team is trending up or down.

Factor In The Weather

Rugby players are a tough bunch. Not only because they wear little to no protection, but they also compete no matter the outside conditions — rain, hail, or shine as the famous saying goes.

Before plunking down money on an upcoming game, be sure to look into the weather report. Conditions can have a huge influence on the outcome of rugby games.

England, especially, is known for its harsh winds from time to time. Wind can completely change the trajectory of passes and kicks in rugby, which will obviously affect scoring. And don't even get us started on rainy conditions, which creates its own type of chaos on the pitch. Regardless, account for the weather before committing any money.

A monster strike from @MahonGavin goalkeeper had no chance! ???? pic.twitter.com/bFPR5W2YPl

One last thing: bettors need to circle these Premiership fixtures on their calendar well ahead of time. These games draw extra gambling attention and bookies typically up the ante with its betting selection when they happen:

Folks, that puts a lid on our Premiership betting guide. You're now equipped with the must-know information about gambling on this rugby union league. Heed our advice, take action, and the betting success will come over time, believe us! 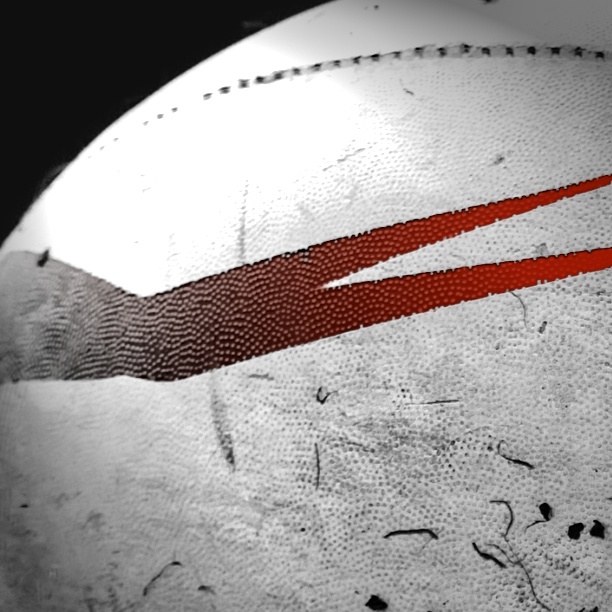 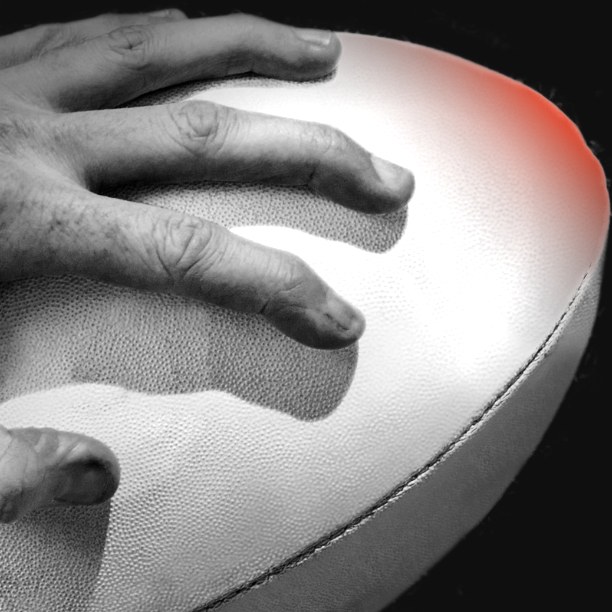 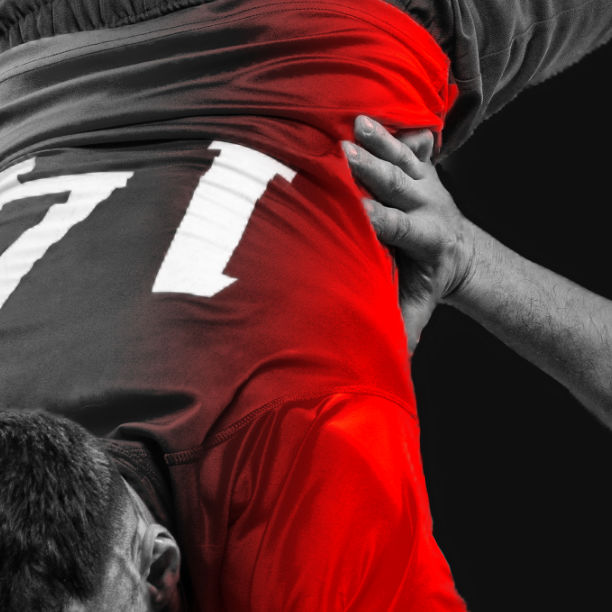