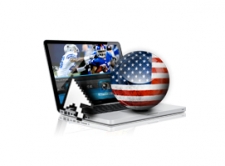 Las Vegas is known as America’s Playground because of its vast casino and sports betting options. As the pioneer state to first introduce legalized gambling, Nevada features more than 60 sportsbooks in the state, giving residents plenty of options when it comes to putting money down on professional or collegiate sporting events. While the live betting options are limitless in Nevada, sports gamblers also have the luxury of making their picks using licensed online bookmakers.

There are only four states in America that offer legalized gambling and the obvious one is Nevada — home to America’s Playground. The other states are Delaware, Oregon and Montana. We are breaking down the sports betting rules and regulations for all 50 states and in this instalment, we look at Nevada’s laws.

The state of Nevada is widely considered to be the pioneer when it comes to gambling legislation. In 1931, Nevada was the first state to legalize gambling and from there, Las Vegas — or America’s Playground as we also know it — was born. By 1949, Nevada lawmakers passed another important piece of legislation, which allowed gambling on horse racing and professional sports. Around 25 years later, sports betting taxes were reduced to 2% in Nevada, enticing major casinos in Las Vegas to create sports books within their world-class facilities. The state’s very first sportsbook officially opened in 1975 and today’s Vegas features more than 60 bookmaking services throughout the Sin City.

Vegas offers much more than just sports betting as “The Strip” features more than 30 casinos alone. The state has also made tremendous strides in its online gambling rules, becoming the first to regulate online poker gaming in 2013.

Las Vegas reels in billions of dollars annually from casino betting as tourists travel to The Strip regularly to get their table gaming fix. Aside from traditional casino-style games and slot machines, Las Vegas does not offer a state lottery. However, bingos and raffles are permitted so long as it benefits a non-profit charitable organization.

Tax revenue from casinos and sportsbooks in Las Vegas make up half of the state’s income.

Some of the notable world-class casinos on the strip that offer full-fledged sportsbooks include the Aria, Bellagio and Caesars Palace. The latter has been voted as Las Vegas’s best destination for sports betting four years in a row by Las Vegas Review-Journal readers.

The environment in Caesars Palace’s sportsbook is second to none as it features six oversized 12’ by 15’ screens and a 20’ by 50’ foot LED board with the all the sports scores and betting lines you require.

Unlike the other 46 American states that are prohibited from betting on sports, residents in Nevada are a short drive away from placing wagers on any professional or collegiate game they desire. Las Vegas plays host to major combat sporting events, including headlining boxing fights.

The city was also granted a National Hockey League team — the Las Vegas Golden Knights — that kicked off its inaugural season in 2017. The Knights play their home games at the state-of-the art T-Mobile Arena. Vegas also boasts a strong NCAA history, primarily with the UNLV Rebels, which has strong basketball programs.

While betting at live brick and mortar bookies is 100% legal in Nevada, residents also have another option to place wagers on sporting events. Offshore, Internet-based sportsbooks that are fully licensed within their respective countries and outside of United States gambling laws. That makes them open to U.S. customers, even in Nevada.

Betting on horse racing is also legal on the Las Vegas strip, but for those wanting to place their picks using online bookmakers, websites such as Bovada.lv or BetOnline.com offer the same features with daily odds from tracks around the world.