Mixed martial arts enthusiasts often write off UFC Fight Nights as inconsequential. They care more about the main events—about the odds on UFC 274 than the odds on UFC Vegas Night 54. We're here to tell you, happily, that this is mistake. Especially this year. The fight night lineups have made for incredible online UFC betting in 2022, and that trend isn't slated to change at UFC Vegas 54, which remains scheduled to take place on Saturday, May 14.

Not only will Jan Blachowicz be facing off against Aleksandar Rakic, but we're getting Katlyn Chookagian vs. Amanda Ribas, along with a host of other intriguing matchups. And while it should go without saying by now, we've got UFC Vegas 54 predictions for Blachowicz vs. Rakic, as well as the rest of the primary fight card.

Let's get started by taking a look at the latest UFC Vegas 54 betting odds:

Make sure to double-check these MMA betting lines before committing to any specific wagers. Our odds on UFC are accurate as of May 3, 2022, and are subject to shift right up until the opening bell on Saturday, May 14.

You should also do yourself a favor and take some time to go through our reviews of the top online sportsbooks. We have no doubt you'll be able to find the best betting sites for UFC, in addition to the best betting apps for UFC, once you're done.

Oddsmakers seem a little down on Blachowicz entering his matchup with Rakic. It's probably because he lost his light heavyweight belt to Glover Texeira at UFC 267. But let's not forget how Blachowicz snagged that belt in the first place: by beating Dominick Reyes at UFC 253, and then by successfully defending it at UFC 257 vs. Israel Adesanya. His reign may have been short-lived, but it was legitimate.

There is also no shame in losing to Texeira, of all challengers. Blachowicz submitted to a rear choke hold, something that's considered Texeira's specialty. He doesn't face a similar risk against Rakic, who relies more on working the mid- and upper-body with faster combinations. To be clear: That speed can be a problem. Rakic is landing roughly 4.25 significant strikes per minute while connecting on more than 50 percent of his attempts. Blachowicz, meanwhile, is down to roughly 3.59 significant strikes landed per minute, without being much more accurate.

Still, Blachowicz remains the more diverse fighter in our books. He has the capacity to win matches that turn into wrestling square-offs; he is both an opportunistic take-down artist and someone who knows how to evade take-down attempts from opponents attacking him at all angles of the octagon.

We also consider Blachowicz the more powerful puncher, though it is close. That renders him more likely to bag a knockout, whereas Rakic will more likely than not need to land a spinning kick, a maneuver that Blachowicz is more than used to guarding against.

A three-fight winning streak by Chookagian has clearly caught the attention of linemakers. She hasn't lost since appearing in a UFC fight night all the way back in October 2020. Ribas, on the other hand, has a more recent loss to her resume: a letdown against Marina Rodriguez at UFC 257.

And yet, we can't bring ourselves to be concerned about Ribas here. For starters, she's working off a victory over Virna Jandiroba at UFC 267, one that she took all the way to a decision. But Ribas is also just the better all-around option. While her power levels are similar to those of Chookagian, she is the more accurate striker, better at takedowns and the superior vertical defender.

Bettors should take the otherworldly stamina of Chookagian seriously. She will not be thrown by a longer fight and maintains her strength and explosion into the latter rounds. That still isn't enough to pick her over the deeper bag of tricks employed by Ribas—not in our book anyway.

Can Michael Johnson Get Back on Track vs. Alan Patrick?

Both Michael Johnson and Alan Patrick enter UFC Vegas 54 on long losing streaks. Johnson has dropped four straight matches while Patrick has been on the wrong side of a decision in his last three.

Some might see Patrick's decision losses as a bonus here. Johnson is the fighter who has been knocked out and eliminated early more often. That's not everything, though. He has faced a higher level of competition during his losing streak and has also hit on a higher percentage of his combination attempts.

Virna Jandiroba Over Angela Hill is the Right Play

Angela Hill is a worthwhile upset pick in this spot. Since joining the UFC, she is landing 5.56 significant strikes per minute—a truly wild number.

But Jandiroba, for all her shortcomings in technique, boasts unparalleled power. So few fighters are as good at exploiting cross-body openings when their opponents go on the offensive.

Based off past results and fighting styles, Hill is just the type of fighter who's at risk of an early knockout when going up against Jandiroba.

This fight is going to be closer than the initial lines appear. Louis Smolka and Davey Grant approach their offense with near-identical strategies, reach and strength. They are both likewise skilled at fending off combinations while on their back foot.

The difference for us is Grant's ceiling as a wrestler. He is the superior grappler and defender against takedowns. Pair that with his slight edge in hand-to-hand agility, and we're inclined to go chalk in this fight.

Check out this list of the top online sportsbooks so you can decide which one to use for all of your UFC betting: 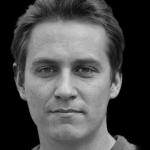 Miguel is one of our staff writers.