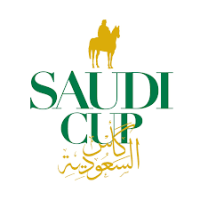 The rich Saudi Cup is a day of action-packed racing with purses of $29.2 million. It is a series of eight races much like the Breeders’ Cup but run in Riyadh, Saudi Arabia at the King Abdulaziz Racetrack. The Jockey Club of Saudi Arabia hosts this horse racing, and the main event – the $20 million Saudi Cup – has a purse higher than the Dubai World Cup (G1) and Pegasus World Cup (G1) have ever been. And of course, Saudi Cup betting odds are always available.

The odds to win the Saudi Cup 2021 will soon be available. The odds are subject to change so it’s worth checking back with this page as often as possible. The Saudi Cup odds 2021 were last updated on February 18, 2021:

Saudi Cup horse race odds can be found with your favorite online racebook. Check back closer to the event for updated odds and information about the 2021 Saudi Cup.

The Saudi Cup is a special event where shipment and travel for all the horses and connections is paid for by the Jockey Club of Saudi Arabia. They also compensate for farrier, feed, and general bills of care.

There are eight total races that make up the Saudi Cup. They are as follows:

The track has a fine sand racing surface for its dirt surface, which is considered very fair to the jockeys and bettors, and safe for the horses. The King Abdulaziz Racetrack opened in 2003. The turf course was opened just in 2019.

Part of the Saudi Cup week was the STC International Jockeys Challenge, taking place the night before. The Challenge was a $1.6 million event where 14 riders (7 male and 7 female) from around the world were invited to compete. They were randomly assigned mounts over four races on the card, each race worth $400,000. Points were awarded based on the jockey’s placings in each race.

Betting on the results based on jockeys was difficult, as the Challenge brought together the best riders in the world. Among them were Frankie Dettori, Mike Smith, Yutake Take, Olivier Peslier, Irad Ortiz, Emma-Jayne Wilson, Sophie Doyle, and Lisa Allpress.

While Mike Smith won the 2020 Challenge, taking two of the four legs, the others went to females, with Sibylle Vogt finishing second on points, and Lisa Allpress and French rider Mickaelle Michel tying for third.

The racing took place in the evening, with temperatures cooling off to be in the high 70s by post time. The entire card mimicked both the Breeders’ Cup and the Dubai World Cup card with its pageantry and star quality.

The first $1 million race of the day was the Mohamed Yousuf Naghi Motors Cup, which saw 40 – 1 Port Lions defeat Japanese star Deirdre and 16 – 1 For the Top for the win.

The 2020 Saudi Derby went to Full Flat, who defeated Mishriff and paid $31.00. Full Flat is based in Japan but was thought highly of to the point that he ran in the Breeders’ Cup Juvenile in 2019. Mishriff went on to win the Group 1 French Derby in July, 2020.

The final big race was the Longines Turf Handicap, which went to Call the Wind. The chestnut paid $17.40 under international star rider Olivier Peslier.

The 2021 Saudi Cup will be held the last Saturday in February at King Abdulaziz Racetrack in Riyadh.