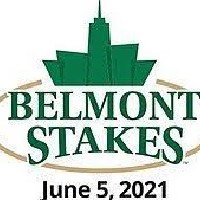 The postponed 2020 Belmont Stakes, originally slated for June 6, was held on June 20. The $1 million race, originally slated as a 1 1/2 mile test, was reduced to 1 1/8 miles and held before the other legs of the Triple Crown for the first time since 1926.

As was expected by the oddsmakers, as well as the predictions made below by our horse racing experts, the 2020 edition of the Belmont Stakes was won by Tiz The Law – crushing the rest of the field and taking home the $1,000,000 in prize money.

The odds to win the Belmont Stakes are subject to change, so keep checking back with this page for the latest movements in the market. The odds were last updated on June 3, 2021:

Betting on the Belmont Stakes

The Belmont Stakes entries will not be drawn until Tuesday, June 1, 2021. After that date, the field and post positions will be known, and it will be a good time to make final handicapping decisions.

However, before entries come out, it pays to pay attention to the potential runners and find out whether the top sportsbooks are offering appealing future wagers for Belmont entrants.

Intriguing longshots possible for the Belmont include Bourbonic, the Wood Memorial winner trained by strong New York-based trainer Todd Pletcher, and Weyburn, the surprise winner of the Gotham (G3) earlier in 2020.

The Belmont Stakes was inaugurated in 1868 and held at the now-defunct Jerome Park. The race moved to Belmont Park in 1095 and has been held there ever since save for when it was canceled in 1911 and 1912. It is famous not only the Test of the Champion with its long-distance and extra-long stretch drive but also as the final leg of the Triple Crown.

1 1/2 miles is a distance very few American horses run unless they are making their careers on grass, and seldom as a three-year-old. That is why winning the Belmont is so difficult, especially after running in the Kentucky Derby and the Preakness Stakes in the last five weeks.

The 1920 Belmont Stakes was won by the mighty Man o’ War, considered by some to still be the greatest racehorse of all time. He took the race by 20 lengths and set a new track record.

More recently, the filly Rags to Riches won over future superstar racehorse and stallion Curlin in 2007. She was the third and most recent filly to win after Ruthless in 1867 and Tanya in 1905. Trainer Bob Baffert brought Triple Crown prospects Silver Charm, Real Quiet, and War Emblem in with a chance to win the Triple in 1997, 1998, and 2002, but all three horses just missed in their bids. Since then, Baffert has won the Triple Crown twice.

Other horses who got close to winning the Triple Crown but fell short include Funny Cide (2003), who lost to Empire Maker, Smarty Jones (2004), who lost to Birdstone, and Big Brown (2008), who lost to Da’Tara. I’ll Have Another had a chance to win it in 2012 but was scratched the morning before the race.

The trainer with the most wins in James Rowe, Sr. Jim McLaughlin, and Eddie Arcaro each have six wins as jockeys. The record for the race is still Secretariat’s 2:24 flat.

The winner of the Belmont is draped in carnations, and the pre-race song is Frank Sinatra’s “Theme from New York, New York,” which is popular for the crowd to sing before the horses go to the gate.

The Woody Stephens has produced many future top sires, such as Munnings in 2009 and Bayern in 2014. The latter went on to win the Breeders’ Cup Classic (G1) over Shared Belief and California Chrome.

The Jaipur was won last year by Oleksandra, a filly who beat the boys. One of the most important turf sprint races of the year, the Jaipur offers its winner a free berth into the Breeders’ Cup Turf Sprint (G1), as part of the Win and You’re In program.

The Ogden Phipps is another Breeders’ Cup Win and You’re In race, offering its winner a place in the Breeder’s Cup Distaff (G1). Recent stars who have won the Ogden Phipps include Midnight Bisou, Songbird, Close Hatches, and Ashado.

The winner of the Metropolitan Handicap colloquially called the Met Mile, wins a berth into the Breeders’ Cup Dirt Mile (G1). The Met Mile is also known as a sire-making race, and its winners in recent years have included star and strong sires like Frosted, Palace Malice, Quality Road, and Ghostzapper.

The Belmont Stakes is the final leg of the Triple Crown and the resting place of attempts to capture all three of these prestigious events. As a result, the Belmont has earned the nickname “The Test of the Champion”, as the entire field gets a final chance to deny the crown to winners of the Kentucky Derby and the Preakness Stakes. In fact, a total of 23 have won the first two legs of the triple crown before faltering at the Belmont.

Part of the difficulty is the length of this race. At 1 1/2 miles on the dirt track, the Belmont tests the endurance of even the most formidable racehorses, most of whom cannot rely solely on raw speed to win. The purse of this Grade One race is $1.5 million, with $800,000 going to the winner. This race takes place at Belmont Park, during the first or second Saturday of June.

Similar to the Kentucky Derby and the Preakness Stakes, the Belmont Stakes is a historic event that started during the 19th century. Since its inception in 1867, this competition has taken place every year with the exception of 1911 and 1912 when the state of New York briefly banned gambling activities such as horse racing.

Placing a smart wager on your favorite to win makes the Belmont Stakes that much more exciting, especially when a Triple Crown favorite attempts to sweep the final leg. Plenty of racebooks provide smooth gambling services that make it easy to enjoy prognosticating the race. Check to see what sort of deposit bonuses, betting bonuses, and wagering rebates that these companies offer. Signing up with the racebook that works best for you can increase the odds of taking home a nice payday.

Considering the number of horses who have won the Kentucky Derby and the Preakness Stakes, it’s always a risky proposition to bet on a horse to complete the feat at the Belmont Stakes. 2014 provided a fine example of this axiom, as heavy 3-5 favorite California Chrome faded to finish fourth behind Tonalist at 8-1 and Commissioner and Medal Count at 20-1.

American Pharoah proved the exception to the rule, completing his sweep of the Triple Crown in 2015, becoming the first since Affirmed in 1978 to do so. Justify followed suit in 2018, running to favoritism to clinch the Triple Crown.

Only nine foreign horses have won the Belmont Stakes, with Canadian thoroughbred Victory Gallop becoming the last non-U.S. winner in 1998. Filly winners are also rare at the Belmont. In 2007, Rags to Riches became the first filly to win in over a century, the previous being Tanya in 1905.

Secretariat, king of Triple Crown races, holds the speed record for all three events. In 1973, he flew across the finish line 31 lengths ahead of the competition, finishing with a time of 2:24.00. The next fastest time belongs to Easy Goer, who finished a full two seconds behind Secretariat in 1989.