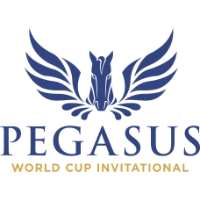 One of the most recent major additions to the United States racing calendar is the Grade 1 Pegasus World Cup. It began as a unique invitational horse race that offered $12 million to the field, based on buy-ins from horse owners. The winner was awarded $7 million, the highest amount for any horse race in the world.

Even though its structure has changed, it still attracts some of the best horses in the world, and Pegasus World Cup betting is something that horseplayers everywhere look forward to every January. There is no longer a buy-in, meaning horses are invited on quality alone. They run against the best dirt route horses in the world for a rich $3 million purse, the first major handicap race of the year.

As the race draws closer the odds will fluctate, and the betting action will be fierce. However, the Pegasus World Cup odds markets are already open, meaning you could get some excellent overlays early. These are the latest prices as of January 17, 2023:

A dominant performance by Life is Good after getting the jump out of the gate in the Pegasus World Cup! pic.twitter.com/moTfeMaaoB

Now the 1 1/8-mile race on the dirt track at Gulfstream Park in Hallandale Beach, Florida, is worth $3 million, with two sister races, the Pegasus World Cup Turf (G1), worth $1 million, and the Pegasus Filly and Mare Turf (G3), worth $500,000. The races are run on the last Saturday in January on a card that features eight stakes races in total, with purses adding up to over $5 million.

Pick an online racebook to bet on the Pegasus World Cup. They will most likely offer different betting promotions at sign up. So, take a few minutes now to pick the ones that fit your betting style best, and get ready to maximize profits on Pegasus World Cup day and beyond!

When picking the winner in the Pegasus World Cup, it helps to look at the odds of horses that lay close to the pace early. Of the six winners, all of them were either on the pace or they second or third early behind the pacesetters. Sometimes longer-priced horses will clunk up for a part of the trifecta, but winners tend to be forward.

Favorites tend to do well in the Pegasus World Cup. The winners have all had low odds to date, with the highest Pegasus World Cup payout being $8.80 and the lowest being $3.60. Long shots frequently find a place in the underneath rungs, but on top it makes sense to stick to one of the top few betting choices.

In 2019, 34 – 1 Seeking the Soul ran second after being bumped at the start and favored Accelerate finished third. It was the first time the favorite did not win the Pegasus. The $1 exacta paid $41.10, a good price.

In 2022, though the top two finishers were below even money, third-place finisher Stilleto Boy was a 26-1 long shot and fourth-place Endorsed was 85-1. They helped lead to a $181.30 Super High Five despite such short-priced 1-2 finishers.

Picking the Pegasus World Cup favorites requires looking at their form for the year before since the race comes in January. A lot of horses are exiting races like the Breeders’ Cup Classic (G1), Breeders’ Cup Dirt Mile (G1), or Malibu Stakes (G1) at Santa Anita Park. Other good races to look at are the Cigar Mile (G1) and the Clark Handicap (G2). The Triple Crown has not been a good indicator of Pegasus World Cup success, as it has so far gone to six horses who did not win any Triple Crown race.

Inaugural Pegasus World Cup winner Arrogate is widely considered one of the best horses of all time. He won the Travers Stakes (G1) at Saratoga by 13 ½ lengths in record time in just his fifth career start. He then took the Breeders’ Cup Classic (G1) in a battle over the great California Chrome. He faced that rival again in the Pegasus, winning by almost five lengths. California Chrome finished ninth. The Bob Baffert-trained Arrogate went on to win the Dubai World Cup (G1) at Meydan Racecourse and retired with $17.4 million in earnings.

Gun Runner won the second Pegasus World Cup and paid $4.20 to win. He defeated Grade 1 winners West Coast, Stellar Wind, Collected, and Sharp Azteca in the win, which came after he won the 2017 Breeders’ Cup Classic (G1) at Del Mar. Gun Runner won five Grade 1 races in a row, including the Stephen Foster at Churchill Downs, and the Whitney and the Woodward at Saratoga. The son of Candy Ride was trained by Steve Asmussen and ridden by Florent Geroux.

City of Light won the third Pegasus World Cup. He paid $5.80 when defeating Seeking the Soul and Breeders’ Cup Classic winner Accelerate for the win. City of Light sat just behind pacesetter Patternrecognition, then ran away to win by nearly six lengths under Javier Castellano. Michael McCarthy trained the son of Quality Road, who won the Breeders’ Cup Dirt Mile in his race before the Pegasus World Cup. He had odds of 9-5.

The 2020 Pegasus World Cup was won by Mucho Gusto after heavy race favorite Omaha Beach was forced to withdraw from the race. Mucho Gusto was the second choice after Grade 1 winner Higher Power and paid $8.80 to win. Like Arrogate, Bob Baffert trained Mucho Gusto. The race also included top older horses Tenfold, Seeking the Soul, and War Story, as well as younger Tax and Bodexpress.

The 2021 Pegasus World Cup was won by Knicks Go. He came into the race strong off of a win in the Breeders Cup Dirt Mile, and went off the 6-5 betting favorite. He found his favorite spot up front, led them all the way around, and finished a strong 2 3/4 lengths clear. He paid $4.60 to win. The place photo went to gritty 11-1 shot Team, who was up by a neck over 27-1 Independence Hall.

Life Is Good won the 2022 Pegasus World Cup, denying Knicks Go in his bid to become the first repeat winner of the race. Life Is Good went off at 4-5 while Knicks Go went off 9-10; the public expected them to be the horses to beat. They were the two best in the race: Life Is Good made the lead and kept on strong to the finish, paying $3.60 to win, while Knicks Go chased home to finish second by 3 1/4 lengths. It was another length back to hard-trying long shot Stilleto Boy in third.

The 2023 Pegasus World Cup will be run at Gulfstream Park in January.

The Pegasus World Cup Turf Invitational used to be known as the Gulfstream Park Turf Handicap through 2018. It has only been called the Pegasus World Cup Turf since 2019, and originally had a purse of $7 million. It was reduced to $1 million for 2020, switching from a buy-in model to a more traditional stakes race model like the dirt race did. Before its name change, the race was won by horses like Point of Entry, Heart to Heart, Get Stormy, and twice by Einstein.

The 2019 Horse of the Year Bricks and Mortar started his banner year in the Pegasus World Cup Turf. He won by 2 ½ lengths and paid $7.60. He was not favored; Yoshida (Jpn) was favored, but Bricks and Mortar never again raced without being the favorite.

In 2021 and 2022, Colonel Liam became the first horse to win the Pegasus World Cup Turf twice. The Todd Pletcher trainee was sent off the 5-2 favorite in 2021 despite his inexperience, but the bettors called it right.  He nailed his 4-1 stablemate Largent near the wire to win by a neck, paying $7.00 to win, with 14-1 long shot Cross Border rolling late for show, two lengths back.

The next year, Colonel Liam was once again favored, this time at 8-5. He tracked the pace, took the lead in the lane, and held by a length, paying $5.20 to his backers. It was once again a stablemate of Colonel Liam’s who ran second: that time, it was 3-1 shot Never Surprised who was second best. 12-1 shot Space Traveller completed the trifecta.

In 2022 Gulfstream added a third Pegasus race: the Pegasus World Cup Filly and Mare Turf (G3), formerly known as the Marshua’s River. Its first winner under the new name was Regal Glory, the 4-5 favorite trained by Chad Brown. She rallied from near last and rolled clear to win by 2 1/2 lengths, paying $3.60 to win. She was clear of a three-way place photo, which 19-1 long shot Alms took by a neck over 8-1 Shifty She, with 12-1 Gift List just another head back in third.

Other horse racing odds can be found here.

2019 Pegasus World Cup Turf winner Bricks and Mortar will one day be a Hall of Famer. The son of Giant’s Causeway earned $7 million, winning just one listed stakes race and one Grade 2 event in 2017 before the Chad Brown-trainee returned to the races late 2018 and kicked off a seven-race winning streak.

In 2019, Bricks and Mortar and Irad Ortiz, Jr. won five Grade 1 races. They started in the Pegasus World Cup Turf Invitational, winning by 2 ½ lengths. He then added the Old Forester Turf Classic (G1) at Churchill Downs, the Manhattan Stakes (G1) at Belmont Park, the Arlington Million (G1) at Arlington Park, and the Longines Breeders’ Cup Turf (G1) at Santa Anita.

Colonel Liam is still writing his career story. Already a two-time winner of the race, the grey will try to return to the scene of his greatest triumphs in 2023, in order to win his third edition of the Pegasus World Cup Turf. Whether he wins or not, he will always be an important part of the history of the race as its first multiple-time winner.

The Pegasus World Cup started as a buy-in race where 12 horse owners paid $1 million each to race for a $12 million purse. Owners would then receive not only purse money, but a cut of the food, beverage, ticket sales, and betting profits on the day. Owners could buy into the race even without a horse, and figure out purchasing a horse later. That format only lasted one year.

It used to be known as the Donn Handicap (G1), a race won by horses like Cigar, Formal Gold, Skip Away, Invasor, Deputy Minister, Foolish Pleasure, and Forego. It was won in 2015 by Constitution, who has become one of the best stallions in the world. He is the sire of 2020 Belmont Stakes winner Tiz the Law. Another top sire, Quality Road, won the race in 2010 and went on to sire Pegasus World Cup winner City of Light. The Pegasus World Cup/Donn Handicap has been run at 1 1/8-miles since it began in 1959.

The Pegasus World Cup bets in 2018 fell short due to terrible rainy weather; total wagering only topped $37 million. That number held true in 2019, and in 2020 handle went back to $41.8 million. The all-time handle record at Gulfstream Park is $41.9 million. 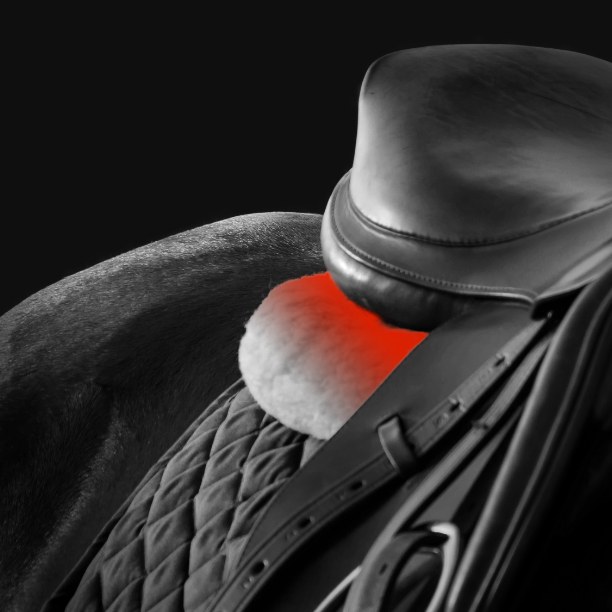 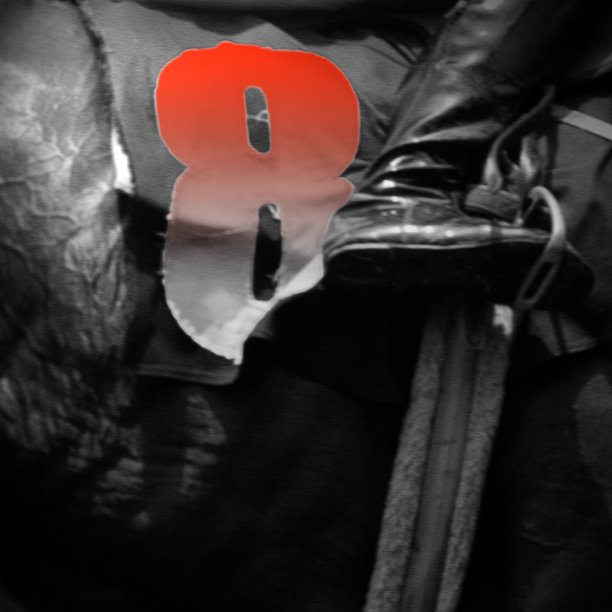