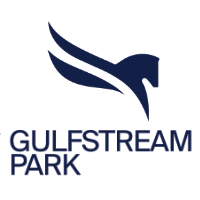 Gulfstream Park Racetrack in Hallandale Beach, Florida, has a long history of great racing. The Championship Meeting at Gulfstream Park is from November until the end of March, and the spring/summer meeting runs from April until September. Gulfstream Park has one of the longest continual meetings in North America and plays host to some of the best races of the year, including the Pegasus World Cup and the Florida Derby.

Gulfstream Park betting is similar to most other North American racetracks. There is Win, Place, Show, wagering, as well as Exacta, Quinella, Trifecta, Superfecta, Daily Double, and Pick 4, Pick 4, Pick 5, and Pick 6 wagering daily. Gulfstream Park’s most famous bet is the Rainbow Pick 6, where winners of six consecutive wagers must be selected, and the ticket must be unique, meaning there is only one winner. If that doesn’t happen, the bet is rolled over. Rainbow 6 jackpots can reach millions of dollars before they are finally paid out.

The betting windows open at Gulfstream Park at 12 pm noon each race day.

To make the best bet at Gulfstream Park, watch the jockeys and trainers who have had the most success. Trainer Mike Maker does very well at the Florida track, especially in the turf races. Todd Pletcher has always been successful in Florida, and when the big players go North for the rest of the year after the winter, Saffie Joseph, Jr., Dale Romans, and Antonio Sano do well. Chad Brown does particularly well in turf stakes races there and everywhere else.

As for jockeys, Irad Ortiz, Jr. is far and away the best Gulfstream Park jockey for the last two years. He earned $2 million more than Javier Castellano in 2019; Luis Saez finished third. In 2020, Ortiz earned $1.8 million more than Saez, with Paco Lopez third. He won at a 24% clip.

The best bet at Gulfstream Park today is a jockey/trainer combination above that isn’t favored in a race.

Gulfstream Park has a rich history. It was opened in February 1939, with a turf course being added in 1959. Early in Gulfstream Park’s history, horses like Swaps graced the course with a world record time. Bold Ruler, sire of Secretariat, was one of the early stars at Gulfstream.

When it comes to Gulfstream Park post positions and live odds, the best Gulfstream Park betting tips are knowing that the outside post in two-turn races is notoriously hard to win from. Inside position and speed is often king at Gulfstream Park, with posts 12 and 13 rarely getting winners, even in springs. The best post positions are 3 through 6. Big Brown famously won the Florida Derby from Post 12, leading every step of the way and winning by five lengths in just his third start. He went on to win the Kentucky Derby and Preakness Stakes.

Gulfstream Park has a known track bias. Horses coming from inside post positions have statistically done much better, possibly stemming from a short run to the first turn in route races. On the turf course, horses that rally from behind tend to do better than horses on the front end.

Gulfstream Park’s best races include the Pegasus World Cup and the Florida Derby.

The Pegasus World Cup Invitational began in 2017 with a $12 million purse and went to Horse of the Year Arrogate, who went on to win the Dubai World Cup. The purse went all the way to $16 million and Breeders’ Cup Classic winner Gun Runner followed suit in winning in 2018. The purse went down to $7 million when the Breeders’ Cup winner City of Light won it. Mucho Gusto was racing for just $3 million in 2020 when he became the first non-favorite to win the Pegasus.

Before being known as the Pegasus World Cup, the race was the Donn Handicap (G1). Trainer Todd Pletcher won the race five times, and it was won by horses like Cigar, Skip Away, Captain Steve, Saint Liam, and Invasor. Cigar and Captain Steve went on to win the Dubai World Cup, while Saint Liam and Invasor took the Breeders’ Cup Classic.

The Pegasus World Cup Turf (formerly the Gulfstream Park Turf Handicap) was added to the program in 2019 with a $7 million purse. Bricks and Mortar won it for Chad Brown and Irad Oritz, Jr. en route to a Horse of the Year season. In 2020, the purse was just $1 million, with Zulu Alpha winning for Mike Maker under Tyler Gaffalione.

The Florida Derby is one of the leading Kentucky Derby prep races in the nation. Run the last Saturday in March each year, the Florida Derby brings together some of the best runners from Florida, Louisiana, New York, and California. With a purse regularly around $1 million, recent winners have included Kentucky Derby heroes Big Brown, Nyquist, Always Dreaming, Orb, Barbaro, and Monarchos. Before that, Derby horses who ran in the Florida Derby included Thunder Gulch, Unbridled, Swale, Spectacular Bid, and even Northern Dancer. Maximum Security, who won the 2019 Florida Derby, crossed the wire first in the Kentucky Derby but was disqualified.

Trainer Todd Pletcher does best in the Florida Derby, with five career wins. Many of those were piloted by John Velazquez, who also has five career wins in the race. Empire Maker has the largest margin of victory at 9 3/4 lengths.

Gulfstream Park also hosts a lot of the FTBOA Florida Sires Stakes. These races are restricted to Florida-bred horses, much like the Sunshine Millions in January. The winners are often impressive with lots of speed, and go on to do well in stakes races outside Florida as well.