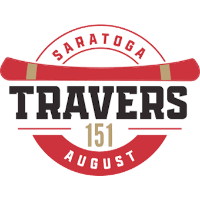 The Travers Stakes is a beloved contest for three-year-old Thoroughbreds held every August at Saratoga in New York. The 2021 edition will be run on Saturday, August 28. The race is nicknamed the Midsummer Classic because it typically brings the winners of the Triple Crown races together to do battle over 1 1/4 miles for a purse of $1.25 million.

The 2020 Travers Stakes was won by Tiz the Law, who enjoyed an excellent year at the races in 2020.

Congratulations to New York–bred Tiz the Law on today’s win at the Travers Stakes in Saratoga Springs.

He does New York proud and is #NewYorkTough https://t.co/zg7Bphsjk6

Odds for the 2021 Travers Stakes will come out closer to the race, as it becomes clearer which horses will run in the race. We'll update this page to ensure our readers get the latest information about how to bet the Travers Stakes online.

The 2020 Travers Stakes (G1) was run earlier than usual to serve as a prep for the COVID-19-delayed Kentucky Derby. In 2021 the race returns to its traditional place on the calendar, the second-to-last Saturday of the Saratoga meet. As the race draws closer, check your favorite bookmakers to find the best Travers Stakes betting odds.

As the Travers Stakes gets closer and trainers and owners declare their horses as being pointed to the race, online sportsbooks such as Bovada will begin to offer Travers Stakes live odds. Make sure you have made accounts at one or more racebooks, and then check them regularly for horse racing wagering information and odds.

The Travers Stakes entries and odds are officially drawn the Wednesday before the race, which in 2020 means Wednesday, August 25. After his gutsy victory in the Jim Dandy (G2), the top local prep race, Belmont Stakes (G1) winner Essential Quality is expected to be the favorite in the Travers Stakes. Trained by Brad Cox for Godolphin, he is the 2020 Champion Two Year Old Male and has remained elite at three.

Other top horses who are being considered for the Travers include Keepmeinmind, who finished a close second to Essential Quality in the Jim Dandy, King Fury, who is expected to take his final prep on turf in the Saratoga Derby (G1), Haskell (G1) winner Mandaloun, and Curlin Stakes winner Dynamic One, whose best performance in graded company was a close second in the Wood (G2).

The winner receives a blanket of red and white carnations, the Man o' War Cup trophy, and the winning silks are painted on a canoe in the Saratoga infield.

The very first Travers Stakes was won by Kentucky in 1864. Seven fillies have won the Travers, including Ruthless, with the most recent filly winner being Lady Rotha in 1915.

A horse named Hindoo won the race in 1881 as part of an 18 race win streak. The mighty Man o' War won the Travers in 1920 over Upset, the horse who handed him the only loss of his career, in record time.

Whirlaway became the first and only Triple Crown winner to win the Travers in 1941. American Pharoah tried to match that feat in 2015 but finished second behind Keen Ice in an upset.

Perhaps the most thrilling edition of the Travers was in 1962. That year top three-year-olds Ridan and Jaipur broke together and battled for the entire 1 1/4 miles. Jaipur ultimately won by a nose in track record time.

Damascus has the margin record for the Travers at 22 lengths. That happened in 1967.

In 1978, arch-rivals Affirmed and Alydar met for the final time in their 10-race rivalry. Affirmed had defeated Alydar in all three Triple Crown races, and crossed the finish line first in the Travers, but was disqualified for interference.

In 2001, Point Given became the first horse to ever win four consecutive $1 million races when he won the Travers after already winning the Preakness, Belmont, and Haskell. He went on to be named Horse of the Year.

The first dead heat for the win in Travers history came in 2012, with favored Alpha and longshot Golden Ticket being inseparable at the wire. Saratoga had to add a second canoe in the infield pond and a second winning jockey's statue in the paddock.

The most wins by a trainer is five for Bert Mulholland, with his last win coming in 1963 with Crewman. Trainer Shug McGaughey has the most of any active trainer, with four. His most recent came with Code of Honor in 2019.

If you are wondering how to bet on the Travers Stakes online, you have found the right place. These top sportsbooks offer trusted payment options and excellent bonuses. They are the best places to wager online, so choose the best one for you:

Travers Stakes betting can be lucrative, since there is a storied history of longshots winning the race. In 1930, Triple Crown winner Gallant Fox lost to 100-1 shot Jim Dandy in the race; the main local prep for the Travers now bears his name. In 2015, Keen Ice defeated another Triple Crown winner, American Pharoah, in a huge upset.

Arrogate was a surprising 11-1 when he scored in 2016 in record time. He went on to win the Breeders' Cup Classic, Pegasus World Cup, and Dubai World Cup in one of the most historic runs in racing lore.

Some recent Travers Stakes payouts include:

Only three favorites have won the Travers Stakes in the last 10 years.