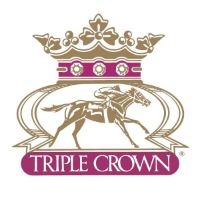 Triple Crown betting is available all year leading up to the final race of the three-race series. The Triple Crown consists of the Kentucky Derby on the first Saturday in May, the Preakness Stakes two weeks later, and the Belmont Stakes three weeks after that.

The odds for whether or not there will be a Triple Crown winner in 2023 are available. The odds are subject to change, so keep checking back with us. The odds were last updated on November 7, 2022:

The Triple Crown was revamped in 2020 due to the coronavirus pandemic, with the Belmont Stakes taking place June 20, the Kentucky Derby on September 5, and the Preakness Stakes on October 3.

The greatest event in horse racing is the Triple Crown. The three races each began in the 1800s and have evolved into one of the most difficult feats in all of the sports.

The series starts with the Kentucky Derby, a 1 1/4-mile race for three-year-olds worth $3 million, which takes place on the first Saturday in May. It is run at Churchill Downs in Louisville, Kentucky, underneath the famed Twin Spires. The winner gets a garland of roses draped over their back and their name enshrined in racing lore.

Two weeks later is the Preakness Stakes, run at Pimlico Race Course in Baltimore, Maryland, over 1 3/16 miles. The $1.5 million race is often a battle between horses that just raced in Kentucky and those that skipped the Run for the Roses and are racing fresh off the bench.

Three weeks later the Triple Crown concludes with the Belmont Stakes in Elmont, New York. The race is run around the 1 1/2-mile oval at Belmont Park and is the most grueling of the Triple Crown races.

If you can’t make it to the racetrack to watch one of the Triple Crown races live, then heading to an online racebook such as Bovada is the next best way to bet on the Triple Crown. Take time to compare the different types of promotions that racebooks offer before signing up, as some have deposit bonuses and wagering rebates that help raise the odds of winning. Other sites offer cashback options.

The biggest Preakness upset of all time was Master Derby in 1975 at 23 – 1, which is quite low compared to the odds of some Kentucky Derby winners.

Handicapping the Preakness Stakes is especially difficult because a lot of handicappers don’t pay regular attention to Pimlico Race Course, where the Preakness is held. It only runs for a few weeks per year, and opens just days before the race. It is often rainy, which can change the favorites leading into the race.

Da’ Tara was 38-1 when he defeated Triple Crown prospect Big Brown in the 2008 Belmont Stakes. Birdstone was 36-1 over Smarty Jones in 2004. 2-1 Empire Maker was appropriately backed when defeating even-money choice Funny Cide in 2003. Most shockingly, Sarava was 70-1 when he defeated War Emblem in his bid for the Triple Crown. Even Charismatic, who was 33-1 when he won the Kentucky Derby and 8-1 when he won the Preakness, went favored in the Belmont but finished third behind 29-1 shot Lemon Drop Kid.

The Belmont Stakes is a race often won by a longshot. None of the horses in the race have ever gone over 1 1/2 miles before, and most never will again. Betting on the Belmont Stakes needs to be done with attention to pedigree and how a horse has handled the 1 1/4 mile distance of the Kentucky Derby if they took that route to the race.

Favorites are hard to come by; even Tonalist in 2014 was 9-1 coming off a win in Belmont Park’s biggest Belmont Stakes prep race, the Peter Pan Stakes.

He was facing Triple Crown hopeful California Chrome, who finished fourth. Tapwrit was 5-1 in a strange field in 2017, where the Kentucky Derby winner (Always Dreaming) and Preakness Stakes winner (Cloud Computing) both missed the race. Summer Bird was 11-1 in 2009 while Kentucky Derby winner Mine That Bird finished third as the favorite, and Drosselmeyer was 13-1 in 2010 after losing his Belmont Stakes prep race over the track in the Dwyer Stakes.

The narrowest Triple Crown loss came with Real Quiet in 1998. The colt won the Kentucky Derby and Preakness Stakes before losing the Belmont Stakes by a nose to Victory Galliop. He angled out in the lane, bumping Victory Gallop right before the wire, and the stewards noted that they would have had to make the difficult decision to disqualify Real Quiet even if he had won the race.

The Triple Crown is one of the most difficult feats in all of sports to win but continues to be the most sought after prize in horse racing.