Nothing shows you how popular college football betting is like the number of bowl games NCAA football hosts every season. Everyone knows about the major six, the bowl games held in highest esteem that, depending on the year, make up the college football playoff and act as the throughline for the National Championship. These second-tier bowl games can be a footnote in the history books but are no less meaningful to the teams participating—particularly when it comes to the Alamo Bowl. This yearly event is among the most coveted of the non-major bowl tilts. In fact, Alamo Bowl odds are rivalled only by the Citrus Bowl and the Outback Bowl.

Really, though, every college football bowl game matters. The stakes are different for all of them, but each represents the culmination of the entire season for the teams appearing in them. And like the college football schedule in general, the scarcity of bowl games to choose from makes them a sports gambler’s hit. Of course, when it comes to the Alamo Bowl and its fellow second-tier partners, it’s important to understand how they differ from the college football playoff, who’s most likely to make them, when the odds will be available and how you should go about wagering on them. And as luck would have it, we’re here to tackle all of this, and to make sense of it all!

The NCAAF Playoffs are still a long way away, but for those of you who are looking ahead to the postseason games here is the full schedule:

As a general rule of thumb, you shouldn’t haphazardly choose a betting site to use for your Alamo Bowl gambling. It’s a major event, so every sportsbook will have the lines once they become available, but you should always prioritize the most effective experiences.

Whether this entails searching for great sign-up bonuses, quick deposits, and payouts, super timely odds, excellent service or something else is up to you. For those who don’t want to do that kind of research, though, we’ve compiled a list of the best all-around online sportsbooks for not only Alamo Bowl spreads, but all college football betting:

Just like all of college football’s other bowl games, the Alamo Bowl is not in the business of offering futures. There is no way to pin down the list of participants.

Currently, this game is reserved to host the second-place finishers in the Big 12 and Pac-12 conferences. But it doesn’t always work out as planned. The second-place squads from either of those divisions could qualify for the college football playoff or one of the major six bowl games that don’t count toward the National Championship tally.

However, once Alamo Bowl lines become available, you can bet your bottom dollar that we’ll have them waiting for you right here. The odds were last updated on December 14, 2022:

If you’re looking to bet immediate futures, you should focus on the college playoff and National Championship. Those lines are available almost year-round.

Then again, bettors should note that the 2022/23 college football season is already throwing a bunch of curveballs—and is in jeopardy of not being played at all.

College football futures and National Championship futures have since been pulled from pretty much every major sportsbook. They’ll return once the NCAA reaches a consensus on the upcoming season, but they’ll look drastically different once they do.

If the season isn’t postponed, teams that have already kicked the can on their schedule will be removed from bowl-game contention, including the Alamo Bowl. If the season does get delayed, then you’ll still see certain schools listed above bounced from the list.

Select schools will inevitably have upperclassmen who punt on this year and instead focus on preparing themselves for the 2023 NFL draft. This will be a bigger problem if college football doesn’t plan on starting until March or April, but it’s actually already proven to be an issue.

Case and point: Stay on top of the latest college football news. Odds cannot be finalized until the NCAA figures out what it’s doing.

How are Teams Chosen for the Alamo Bowl?

The participants for every single NCAA bowl game hinge upon the college football playoff. The top four seeds are inserted into two different bowl games, which change on a yearly basis, and then everything else is built out from there.

This process, while sensible, makes it mostly impossible to predict who will be in the Alamo Bowl too far out from the game itself. Though the second-place teams from the Big 12 and Pac-12 are viewed as placeholders, the squads in each of those spots often qualify for higher-end bowl appearances, if not the college football playoff itself.

This is to be expected when you're dealing with conferences that include multiple powerhouses, like the Pac-12 housing both the Oregon Ducks and Utah Utes.

Difficult still, there are no tea leaves to read when it comes to the college football playoff. The top four seeds are chosen by a committee, which meets every few weeks during the regular season. To this point, this panel hasn't stuck to one set of criteria that would clue bettors into how the pecking order will actually shake out. We know for a fact the strength of schedule is weighed significantly, but that's about it.

That being said, the Alamo Bowl does have a baseline of potential participants. Most of the top-12 seeds will end up in one of the following major bowl games, otherwise referred to as the New Year's Six:

Two of these bowl games will make up the college football playoff every year. After them, that's when you get into the second-tier end-of-season extravaganzas. The Alamo Bowl falls under this umbrella, along with all of the following:

Unlike some of these other bowls, the potential inclusions for the Alamo Bowl can be narrowed down even further. Even if you're not getting second-place teams from the Pac-12 or Big 12, it's a given that the more prominent junior bowl participants will end up in either the Outback Bowl or Citrus Bowl.

So, if we know most of the top 12 seeds make up the six major bowls and we also know that the Outback Bowl and Citrus Bowl come in right behind them, we can estimate that the Alamo Bowl will typically include two schools that rank outside the top 16 but still inside the top 25.

Not all college football betting strategies work for everyone. Making NCAA football bowl game picks, after all, is not a science. Beyond the type of bet, you're placing, it also matters how much you're planning to wager.

Our favorite strategy is for those who aren't high rollers. Those bigger-time gamblers can live off their winnings from straight bets on the spread or props. The Average Joes and Janices among us need to explore alternative methods of driving up our return to lucrative levels.

Placing bets on National Championship futures is one way to go, but the real challenge is finding a single-week strategy. Those are available in short supply. Our favorite one among the scant few: The moneyline parlay.

Parlay on the Bowls

See, bowl games outside the New Year's Six aren't usually as tightly contested. Where the spread for the Fiesta Bowl might be -3 or -3.5, the Alamo Bowl is more likely to see a heavier favorite—a team expected to win by a touchdown, if not two. Its sister bowls work the same way. The Outback Bowl and Citrus Bowl may have tighter lines, but the Holiday Bowl, Belk Bowl, Music City Bowl, Celebration Bowl, etc. are subject to more discernible spreads.

This doesn't make betting those point differentials—or the over/under—any easier. It does give you a higher shot of predicting the outright winner. Only, who wants to take, say, the Colorado Buffaloes to win at -650? You have to bet $650 just to win $100. Your wallet will barely feel that...unless you lose.

The trick here is to parlay a few of those heavy-favorite moneylines you believe in. That part is important. If you're vibing an underdog—like a team listed at +400 or something—then by all means place a single wager on them. This strategy is more about identifying what you believe to be moneyline locks and parlaying them into one giant wager to increase your possible payout.

For example, on their own, a -650, -800, -425, and -250 aren't all that lucrative. Parlay them together, and you're looking at a payout that's closer to 1-to-1. Sure, your risk is higher because you need all four of those moneylines to cash, but upsets are less common in the Alamo Bowl and its peer-level games, so you have a better chance of going 4-for-4 than you would if you tried doing the same with the New Year's Six.

If nothing else, give this strategy a try during a regular-season week, for a small amount of money. You'll get a feel for the process, perhaps enjoy it and then be ready to cash on higher stakes once the Alamo Bowl and its sister games are ready to kickoff. 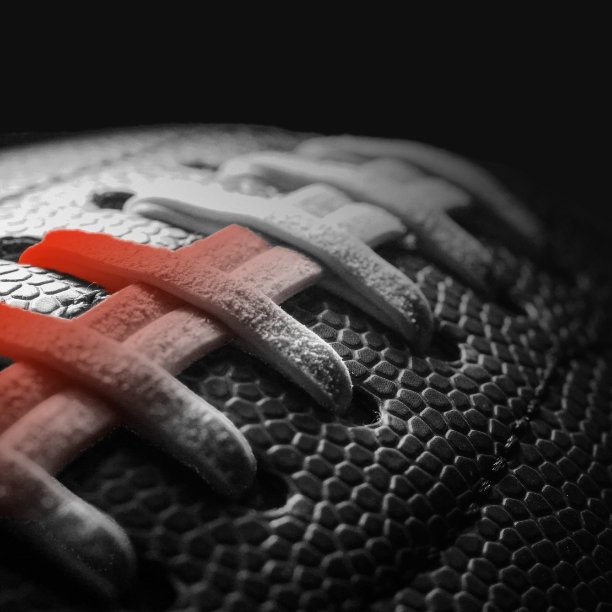 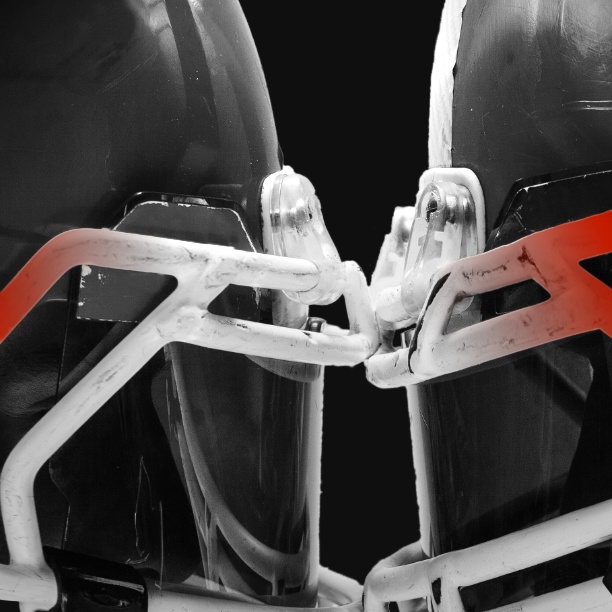 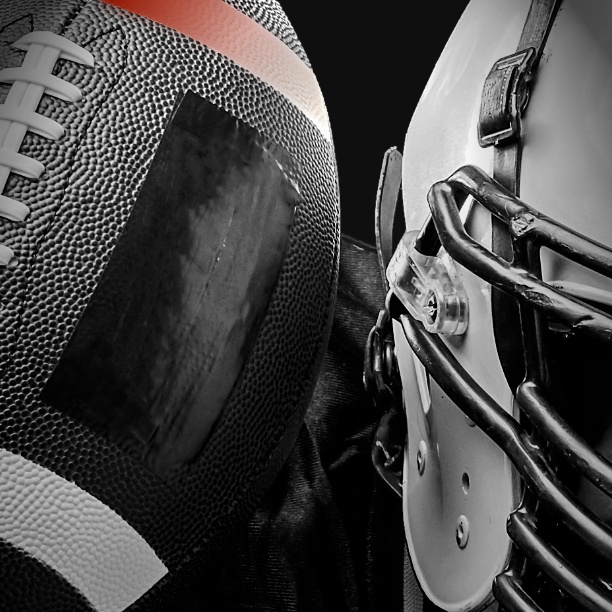