With a trio of Game 6s this Friday, favorites look to make a clean sweep as they did on Wednesday. Two of these favorites can end the series while one can force a Game 7. Are all the favorites good bets to win? We size up the best bets for each game.

The favorites dominated on Wednesday, with the New York Rangers surviving to extend their season by at least one more game. Meanwhile, the Florida Panthers and the Calgary Flames also won to go up 3-2 in their series. Both these upper-seeds won as favorites and even covered the puck line. The best NHL betting sites also have these three as the likely favorites this Friday.

Yikes! While we nailed the New York Rangers-Pittsburgh Penguins total going over, we swung and missed with our two underdog shots from our previous NHL 2022 playoff picks. It turns out that the favorites, the Florida Panthers and Calgary Flames, were too much to handle on their own ice. And now they can finish off the Washington Capitals and Dallas Stars, respectively. Can all the favorites make a 3-0 sweep again?

The New York Rangers got a bit of a break as Jacob Trouba took out the Pittsburgh Penguin's best player, Sidney Crosby. The loss of their captain quickly changed the tune of Game 5 as the momentum swung to the Rangers and they came away with the win. Crosby's status is up in the air for Game 6, back in Pittsburgh. But if he can't play, the Rangers should be a lock here.

Crosby leads the Penguins with nine points and he has led Pittsburgh's strong 5v5 play and power-play teams. Without him, the Rangers will have more ice time to assault a shaky Louis Domingue on both avenues. Even if Igor Shesterkin struggles, as he has in Games 3 and 4, the Rangers have more firepower and should win.

And we like the total to go over 6.0 goals again. We don't see the scoring slowing down here. All five games of the series have gone over with the average total being at 7.8 goals if we subtract the empty net goals.

Just when the Washington Capitals appear to have the Florida Panthers on the ropes, the Presidents' Trophy winners roared back and scored five unanswered goals. Sergei Bobrovsky was once again suspect in goal but it didn't matter as Florida essentially ran over the Capitals and couldn't be stopped.

The offensive explosion proved why Florida is one of the top teams per the Stanley Cup betting odds. Goaltending and defensive woes aside, Florida has all but sucked the momentum out of the Capitals. Carter Verhaeghe has been unstoppable and leads the series with five goals and 10 points - two goals are game-winning.

The Capitals are reeling and looking for answers. The team has dominated on special teams, outscoring Florida 6-0 in this department. In fact, Florida is 0-of-13 on the power play. But it's only a matter of time when the league's fifth-best PP roars back to life. But even if it doesn't, Florida has outscored Washington 16-10 on 5v5. The Panthers will finally get out of the first round.

In what has been a goaltending exhibition, the Calgary Flames look to finally put a lid on the Dallas Stars. This speaks more to the Flames' struggles at closing than the Stars' relentlessness. Credit is due for Jake Oettinger, who is having one hell of a series with a 95.6 save percentage and a whopping 8.1 goals saved above expectations.

But the Flames have dominated the ice, especially on 5v5. Calgary has controlled the puck for at least two-thirds of the series, it has outchanced Dallas by nearly the same fraction, and it is a +4 in expected goal metrics. Dallas will once again be tough to put away given Oettinger's play and the Flames' sputtering offense.

time for another round of Stars - Flames pic.twitter.com/NGFftpAndG

Calgary should still close out this series. But the bet we like is the total to go under 5.5 again. Opposite to the Rangers-Penguins series, goals will be tough to come by here. The total has gone under in five of Calgary's last six games as a favorite and four of their last six road games. The trend lives on. 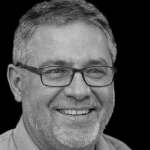