What's in it for you?

Summary of our Betfred Sportsbook Review – Betfred are a leading UK bookmaker who have developed a reputation for offering bonuses across several sports, with owner Fred Done earning the moniker The Bonus King. The company started with betting shops in the north of England. [+]

It has now grown into an empire, with Betfred recently acquiring the Tote for £265 million and demonstrating a commitment to horse racing in the process. This bookmaker are now based in Gibraltar and are licensed by the government in this region, having originally been founded in 1967 and their retail estate now numbers 1350 shops. 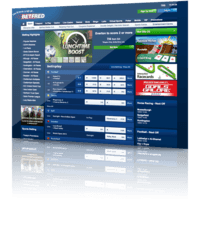 check out this bonus 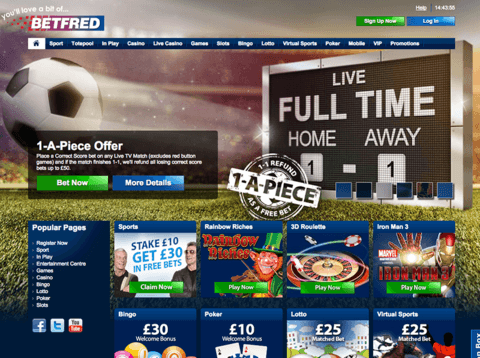 Visit BetFred and see for yourself...