Based on the real events of a 1994 college basketball point-shaving scandal, Big Shot: Confessions of a Campus Bookie drives home what can happen when things get out of hand in the sports betting world. What makes this version of the story so much fun is all the gorgeous women and sports and betting action that takes place from start to finish.

Though not a blockbuster, we think Big Shot is a super intriguing and riveting story that keeps you interested until its heart-pounding conclusion. David Krumholz and Nichols Turturro head up a cast of relative unknowns in this surprisingly entertaining made-for-TV movie from 2002.

When Bennie Silman (Krumholtz) takes charge of handling bets for the school basketball team, things kick off to a flying start for him and his mentor (Nicholas Turturro), a big-time Las Vegas gambler. When Silman starts up his own bookie business and making it even bigger, thing start to unfold. Basketball player Stevin ‘Hedake’ Smith decides he wants to be involved in the corrupt scheme and volunteers to shave points.

This first-person account of the the big man on campus becomes a lot smaller when the heavy hand of the law looks into his practices and discovers his illegal gambling. All the money, girls and fame is replaced by the mafia, the FBI and a looming prison sentence. Up until the shocking ending, it is a party-goers paradise and you’re riding shotgun, but of course it’s the movies, and all that goodness has to come to an end.

Las Vegas or Bust for Carmine Giovinazzo and David Krumholtz?

Considering the tight storyline that had to be followed, it is quite a trip to Vegas for these boys. The movie was well-directed by Ernest R. Dickerson, who clearly has a working knowledge of the subject matter, and Shaky camera effects. Carmine Gioinazzo (T-Bone) is a likeable character as T-Bone, and Tork Kittles plays a great ‘Hedake’. The action sequences were wisely shot using a shaky camera for good effect, and the wild party atmosphere is evident throughout. The icing on the cake is the appearance of the real life Bennie Silman at the end of the film who delivers a stark reminder to viewers not to make the mistake he did. 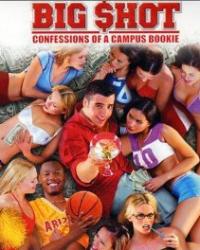