We’ve all considered it as sports bettors after suffering a big loss – if only we could be on the other end of the transaction! At one college campus that’s exactly what three friends played by Nick Stahl, Lukas Haas and Johnny Galecki decide to do.

In no time the trio are raking in the cash from their peers and business is booming. Of course, it doesn’t last forever as the local Italian mafia catch wind and make their displeasure of the competition well known.

Also starring Rachel Leigh Cook, this dramatic film that premiered at the 2003 Sundance Film Festival is peppered with comedy and will keep you entertained throughout.

Keeping distance from their customers to maintain a low profile, Toby, Casey and Jude collect the punters’ money in random unused library books. It works well and they begin to collect massive amounts of cash. Soon Jude develops a drug habit that continues to grow, causing major concern for his business partners. Rachel Leigh Cook is thrown in the mix to add a romance angle, which doesn’t affect the overall story.

A bet with the gangsters arises when the group decide they need to defuse the threat and also remove themselves from the business altogether. calm things down while still maintaining a degree of success. Their health and their future depend on the outcome of one particular boxing match, selected by the mafia, and the boys need the underdog to win. Everything could maybe be back to normal if they can just pull it off…

In a movie with this storyline, one might expect a certain element of predictability. But surprisingly one great thing about the movie is you are kept wondering where it is going. You’re never sure how it’s going to end or what will happen to the characters as it plays out. This unpredictability, along with the element of realism regarding many of the procedures in the real betting world, is one of the best aspects of the film. At 90 minutes in length t is also an easy watch – effortless and enjoyable. Some of it is realistic, and some of it is just funny. So if you’re in the mood for a light sports betting movie, then this becomes a ‘must-see’. 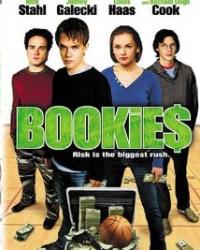