Bugsy was released in 1991 and has since become a film icon. Bugsy is a crime drama film that stars Annette Bening, Warren Beatty, Ben Kingsley, Harvey Keitel and many more big-time actors and actresses. The screenplay for Bugsy was written based upon research material in the 1967 book “We Only Kill Each Other,” by Dean Jennings.

Bugsy has won dozens of awards and did extremely well in the box office. It is a phenomenal film that has stayed in the minds of everyone who has seen it. Among their awards and nominations, include an Academy Award for Best Costume Design and Best Art Direction, Academy Award Nominations for Best Actor in a Leading Role, Best Actor in a Supporting Role, Bes Director, Best Cinematography, Best Picture, Best Writing and Best Original Score. It was also nominated for a Golden Globe for Bes Picture, which it won.

The movie Bugsy follows Benjamin Siegel as he goes from working for the mob in New York, to falling in love with Virginia Hill in California and moving to the desert to build what becomes Las Vegas. In the beginning of the film, he is married with two children, but his wife eventually leaves him due to his shady deals, infidelity and countless arguments. After he falls in love with Virginia, he finds a desert in Nevada that would be perfect to open a hotel and casino. This casino is Flamingo Las Vegas Hotel Casino. The casino’s opening is a failure and the mob eventually comes after Bugsy, leading to the film’s fateful end.

During the epilogue of the movie, Bugsy is killed in his home and Virginia returns money to the mob to avoid being killed herself. She ends up committing suicide and that the $6 million Bugsy invested in his failing casino, earned more than $100 billion in what became Las Vegas. There is a reason it was nominated for so many awards and won many of those. The performances, directing, writing, costumes, soundtrack and just about everything else in Bugsy was fantastic. Critics and movie goers often rate this movie as high as ratings go. 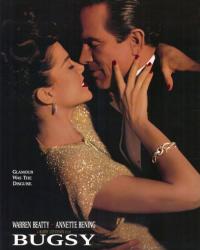