Finally! An entertaining movie about gambling that takes the seriousness of the real life problems away from the subject and lets the audience enjoy the story through laughter. And with writer Rodney Dangerfield as the main character supported by Joe Pesci, what did you expect?

A true comedy from back in 1983, the jokes are nonstop and timeless. A story about one man who is challenged with the task of quitting all of his vices for an entire year, Easy Money reflects much of what the adult population of North America deals with in everyday life.

Strap in and get the popcorn ready because you’re in for a wild, raucous, hilarious ride.

Montgomery “Monty” Capuletti (Dangerfield) is a baby photographer who likes to smoke weed, drink booze and gamble. His mother-in-law (Geraldine Fitzgerald) could never stand the lifestyle he shared with best friend Nicky Cerone (Pesci), Monty soon learns of her death. Then he realizes she left a stipulation in her will that he will receive $10 million if he goes on a diet and gives up gambling and drugs for one whole year.

It is a rough ride and he frequently considers dropping out, but ultimately Monty goes clean for the entire year, to the surprise of his drinking buddies, who were betting against his success. During a family gathering aboard a boat to celebrate his success, Monty gets a huge surprise when an unexpected guest appears. Viewers now wonder – will Monty still get the money he was promised? Will he manage to secure his families’ future?

How high did Rodney Dangerfield and Joe Pesci get with this flick?

These guys were up in the clouds. The movie is nonstop uproarious laughter led by Rodney Dangerfield who is obviously on a career path of success after Caddyshack. And when is Joe Pesci not hilarious? Oh yeah, when he’s an insanely violent and fearless Italian mobster. But not here. Anyway the beauty of the film is the classic American example it portrays, that of the every day Homer Simpson, the unimpressive slob, who can go on to win. The ordinary citizen can be a hero in his own world, and that’s what an audience loves to see. Throw in the humor of a man who has conquered Hollywood with his wit and you’ve got an classic. 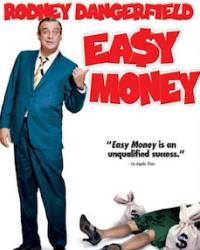