Released in 2009, Saint John of Las Vegas is a comedy-drama following an ex-gambler as he embarks on a road trip with a new partner to investigate a possible fraud. They meet an eclectic bunch of characters along the way including a paraplegic stripper and a nude militant.

Saint John of Las Vegas was directed and written for the screen by Hue Rhodes, although it is based on a story by Dante Alighieri. The main stars of the film are billed as Steve Buscemi (of Con Air, Armageddon and The Sopranos fame), Romany Malco, and Sarah Silverman, but there is also an appearance by a certain Peter Dinklage who only two years after this film shot to stardom in his role as Tyrion Lannister in Game of Thrones.

John, played by Steve Buscemi, is a compulsive gambler who has endured a torrid time at the tables and decides to give up gambling for good and take a shot at what he says is "the normal life."

In an attempt to get his life back on track and leave his gambling demons behind, John moves from the gambling haven that is Las Vegas to Alburquerque where he finds work for an auto insurance company. He works for Mr. Townsend (Peter Dinklage), who partners Joh with the company’s best fraud debunker, Virgil (Romany Malco).

John’s temptation to gamble resurfaces when he is sent back to “Sin City” to investigate a car accident that the insurance company believes is a fraudulent claim. John fears he will slip back into his old lifestyle and is naturally reluctant to return to Las Vegas, but John is determined to make a real go at “going straight” and knows debunking this potential fraud could see him net a promotion.

The drive from Albuquerque to Las Vegas may only take slightly more than eight hours in real life, but John and Virgil meet some weird and wonderful characters on their road trip.

They meet the carnival human torch, Ned the nude militant (Tim Blake Nelson), and the unforgettable Tasty D Lite (Emmanuelle Chriqui) who is a wheelchair-bound stripper.

Through the journey, you see John’s confidence building to the point that he realizes running away from his gambling addiction is not going to cure it, and that the only way he can permanently put his demons to rest is by facing them head on.

Despite the relatively strong cast, Saint John of Las Vegas was not well received by the film-going public. The film received less than $22,000 during its opening weekend, its gross domestic box office receipts totaling just more than $100,000.

Overall, I do not believe the negative, cutting comments from film critics are deserved. While there aren't any Oscar-worthy performances, each member of the cast plays a role in what is an entertaining watch.

The humor may not be to everyone’s taste, sometimes bordering on the ridiculous, but if you like that sort of thing then you’ll find the film funny and worth your time.

Some characters are there just for the sake of being there, such as the Flame Lord, a circus performer whose suit is designed to burst into flames, but it malfunctions so he can only remove it once the fuel has run out. While funny, his appearance quite pointless.

To summerize, I believe the film is worth a watch. Go into it knowing it is tongue-in-cheek and doesn’t take itself seriously in the slightest and you’ll enjoy yourself. Sit down hoping to see a well-structured comedy such as The Hangover and you’ll leave bitterly disappointed. 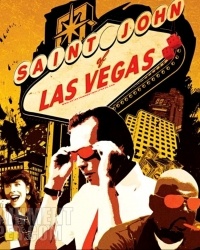