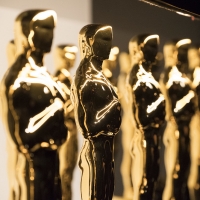 Better known as the "Oscars", the Academy Awards are cinema's most prestigious awards show. Widely recognized internationally, the Oscars draws a hefty global audience and is one of the most scrutinized entertainment events. Film junkies and industry professionals alike make their picks for the award categories, most of which you can bet on. Oscars betting odds trend every year and are a significant part of entertainment betting. You'll find plenty of Oscars betting odds available online.

The odds are now available for the Oscars 2021. The odds are subject to change, notably as we approach the event in April. The odds were last updated on August 18, 2020:

What are Oscars Betting Odds?

Oscars betting odds or Academy Award odds are arguably the most popular form of Entertainment odds betting. The Oscars are one of the most-watched events and even before online betting became popular, aficionados and pundits have made predicting the winners a hobby.

Picking Oscars winners can be straightforward but profiting from betting them is something else entirely. Since a few other film awards take place before the Oscars, such as the Golden Globes and Screen Actors Guild (SAG) Awards, the picking of Oscars winners are influenced by the results here.

A nominee that wins the Golden Globes, SAG, and other awards will usually win the Oscars with a few exceptions. Popular categories such as Best Picture, Best Director and the leading acting categories usually have a favourite.

Oscars Vegas odds are in line with the expected winners. But before betting on Oscars odds, learn the nuance of how the betting works.

Betting on Oscars odds means choosing a winner outright. This is what is referred to as the Moneyline. Usually, the Moneyline is between two contestants, but that isn't the case with the Oscars where there are more than one nominee and you pick the outright winner.

Moneyline odds are usually displayed as American odds. Choices listed as a minus number denotes a favorite. This implies that this nominee has more than 50% chance of winning. The minus indicates how much you have to bet to win $100.

The rest of the nominees will be underdogs lined as plus numbers. This means these selections have a less than 50% chance of winning. The plus number indicates how much you win when you bet $100.

The odds indicate the implied probability of winning. As the Oscars can be predictable in some categories, you will notice huge favorites with low odds in the thousands (e.g. -2000, -1500). This means these nominees have over 90% chance of winning.

There may not be a lot of value with some of the popular categories (unless you luck out and snag an underdog). Instead, you can find other types of markets like prop bets.

Oscars betting odds aren't limited to just picking outright winners. In some cases, you can bet on outcomes that do not have anything to do with winning awards. This is a prop bet, a type of bet where you stake on the occurrence of some arbitrary event.

Prop bets can be tied to certain celebrities or trendy topics. The Academy is fond of riding on any social justice movements trending such as Black Lives Matter or the #MeToo movement. Props tied to this could include words spoken during a speech, the host mentioning a person or event during the monologue, or if Donald Trump would tweet during the event.

These types of bets highlight the weirdest yet most noteworthy events outside of the winners. You may also be able to open your own bet depending on your book.

Totals or over/under are another popular market that is traditionally associated with picking whether a result will be higher (over) or lower (under) than the oddsmakers' total. This is usually a 50/50 event and may hold more value than betting the house on a runaway favorite.

Here are some totals that you could see in any given Oscars depending on the theme:

Totals are usually set with a decimal (e.g. +2.5) to guarantee a winner. In the event it's a whole number and the real result ties the number, the bet is a push (a draw, so the wager is returned).

The most popular Oscars odds are the Oscar Best Picture odds for obvious reasons. Initially, there were only five nominees, but it has increased to up to ten. Over the course of the years, many underdogs have won the award like The King's Speech in 2010 and Moonlight in 2016.

Betting on Best Picture odds is an outright format where you pick your choice among the nominees. Depending on the year, there may be no clear-cut favorite.

Oscar odds for Best Actor are probably tied second-most popular with Best Actress. There is usually a runaway favorite with this award and they are lined at incredibly low odds making them difficult to bet.

Though there are some upsets like Roberto Benigni winning in 1998 and Adrian Brody in 2002, this is a straightforward category. We don't recommend betting this one unless it's an "open field", which it rarely is.

Unlike its Best Actor counterpart, odds for Best Actress tend to be a bit more open although a favorite usually emerges. Favorites won't be as low as Best Actor's, but there can still be some value in betting them and snagging an underdog as a hedge.

Some upsets include Olivia Colman beating Glenn Close in 2018 and Meryl Streep winning in 2011. In some years, there is more than one favorite and can be tricky to play.

Although outshined by its acting counterparts, Best Director still gets plenty of scrutinies. It is usually associated with the Best Picture and it is believed that the film that wins Best Director will win Best Picture. But this hasn't been the case recently.

There is usually an obvious favorite with this category and there are rarely upsets. One prominent upset is when Tom Hooper upset Ridley Scott in 2010. This also led to his film, The King's Speech upsetting The Social Network, respectively.

This is a ho-hum category with few upsets. The most buzz here is when Alan Arkin beat out Eddie Murphy in 2006, but even that's not that significant in hindsight.

Out of the four acting categories, this might be the most "open" one. Though favorites still emerge, they are more often not as significant as the other three. This category can lead to many upsets and surprises.

Some notable upsets include Juliette Binoche upsetting Lauren Bacall in 1996. Four years earlier, Marisa Tomei pulled off one of the biggest underdog victories by Oscars odds.

There are over a dozen other categories that potentially have Oscars betting odds. Here are a few more that may be offered:

It usually depends on the book and if there is any demand for the category (or a nominee in the category). Sometimes a high-profile movie or song opens the category.

How to find Oscars Betting odds

You can find Oscars betting odds from the Entertainment odds section of most online sportsbooks. In some cases, depending on the book, it will be highlighted if it is a popular item (such as the weeks leading to the event). You can find the top books with our partner table.

Although the Oscars are a major event, not all books may carry the event. It's best to check with the sportsbooks to see which ones offer Oscars odds. Also, some books will offer more markets while some will even carry unique props and a better set of odds.

When checking the sportsbooks, also look for which books will offer a promotion of sorts. It may be unlikely given the niche of the event, but you may also find other promotions.

You can sign up with more than one book and avail of the signup offers as well as give yourself access to more range of odds and markets.

Like most entertainment items, treat Oscars betting as more of a hobby. There isn't a lot of profiting value to be found here, but it makes for a nice past time, especially if you're a film buff. Earn some coin with your pinpoint predictions.