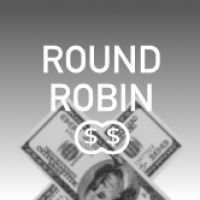 It used to be that round-robin betting didn’t warrant much explanation. Not many sports gamblers were interested in them. They aim to downsize risk among multi-team wagers, but they do so at the expense of prospective returns. Most would rather just stick to parlay betting.

But the perception of round-robin investments are now starting to shift—and drastically. Those who know how to use them are able to strategically maximize their chances of turning a profit. Other betting guides might be hesitant to cover this. We’re not. Let’s go through it all.

How Round Robin Bets Work

At first blush, this might sound expensive. Who has the money to throw so many separate bets down. Here’s the thing: They’re not separate. All the individual round robin bets for under one giant umbrella, in which you invest one lump sum. That money is then dispersed among all the two-bet combinations evenly, and you’ll make returns on all the ones you win.

Let’s say you’ve checked out the latest NFL betting odds, and you’ve stumbled across three-point spreads that intrigue you: New England Patriots (-3), Miami Dolphins (+2.5), and Cleveland Browns (+5.5). And let’s also you’re not interested in playing these as individual wagers.

Sure, you could parlay all three. But then you need to actually hit on all three. By creating a round-robin ticket, you’ll place three wagers on two-team combinations: New England-Miami, New England-Cleveland, and Cleveland-Miami. This way, you’ve raised the stakes from the individual bets, but you’ve also protected yourself against one single outcome ruining a three-team parlay.

If the benefits of this method aren’t clear yet, don’t worry. We’ll be going deeper shortly. Just know that round-robin bets are available practically everywhere, even if they’re not prevalently listed on certain sportsbooks. To that end, we’ve made a list of our favorite sites as it pertains to the round-robin betting experience.

Benefits of Round Robin Betting

Higher Chance of Victory…Sort Of

One of the good things about round-robin betting is you don’t need to correctly predict every single game or future line on which you focus. Because you’re investing in every possible two-outcome combination possible, you only need to get any two predictions right to ensure that you don’t lose all your money.

With this in mind, the ultimate goal is to win a majority of what we’ll call your mini parlays. That’s how you make your money. You can better picture this by inserting all the odds of your round-robin into a betting odds calculator.

Let’s assume you want to build a round-robin using three over/under lines that payout at -110 each. If you’re willing to wager $300 in total, here’s how your bet slip will pan out, based on how many predictions you get right:

As you can see, the only way you lose money in this particular situation is if you miss on all of your two-outcome parlays. That’s not always the case. This hypothetical used flat odds for all three bets. You’ll encounter more variance in the real world.

Still, the point stands. Your job when cobbling together a round-robin ticket is to ensure you hit as many of your combinations as possible—but at least one, so that you’re not losing all of your money, even if you do in fact end up at a net negative.

Round-robin tickets are incredibly convenient for anyone who isn’t looking to put together singular parlays. Submitting wagers for every two-team combination separately could get incredibly time-consuming. 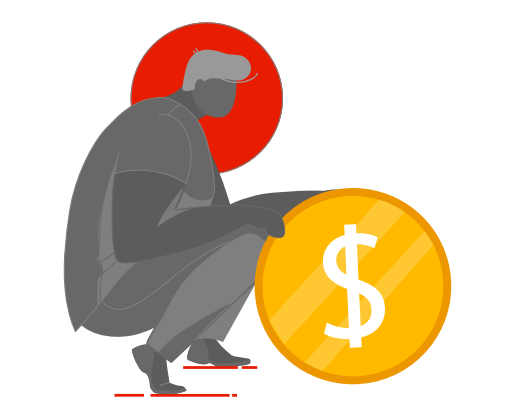 This isn’t so much true if you’re piecing together a three-, four- or five-game slip. But if you’re using more outcomes to make up your ticket, it will take forever to complete the process. That may be well and good for the scant few of us who have unlimited time on their hands, but that’s not true for most people.

Imagine trying to assemble, say, 10 different two-team combinations just minutes before the competition in question begins. It’s impossible. Round-robins automate the process. You just have to select all the bet types you’re interested in, choose the amount of money you’re willing to risk, and then you’ll be able to submit. It will take, at most, just minutes.

When Do Round Robin Bets Make Most Sense?

We’ve already touched on this a little bit. Round robin wagers are most useful when you’re not confident in compiling one singular parlay that requires every possible outcome to hit.

All of which makes them especially useful when looking at a large number of lines. Yes, many use round robins on three to four different lines, but the spirit of this betting type is actually made for five-plus gambles. It’s easy to sell yourself on three outcomes in a straight parlay. Even four isn’t that many. Once you start to hit five or more, though, it’s difficult to have that much confidence in predicting all of them correctly—unless, of course, you’re strictly funneling money into ultra-heavy favorites.

This brings us to another scenario in which round robins make sense: when you want to play multiple underdogs or a bunch of different point spreads. Since you don’t need to have a perfect ticket to profit off a round-robin, it’s the perfect opportunity to take some risks you otherwise wouldn’t. This isn’t quite a license to play long shots alone, but it does encourage you to bake in the occasional lucrative line.

Round robin betting strategies vary in structure. Some will have you stick to no more than three- or four-team slips. Others will invite you to stuff your docket with more lines, to increase the range of outcomes.

Betting volume in a round-robin should, in our opinion, be left to a matter of preference. We’re more intrigued by the chance to sprinkle in long-shot moneylines—lines that are around +300 or longer.

This isn’t to say you should invest in any old heavy underdog. The idea is to spot a potential upset you semi-believe in and then include it among your other selections. By doing this, your possible payout will explode should your prediction hit. In the event it doesn’t, though, you’ll still have other scenarios that can potentially carry your investment.

As a general rule of them, we recommend exploring one long shot for every three moneylines you work into your round-robin. So if you go with six, consider sprinkling in two long shots. And if you roll with nine, try your hand at three. And so on.

It also isn’t a bad idea to pair these long shots with what we like to call “quasi-sure things.” These are the moneylines of heavy favorites so unlikely to lose that it wouldn’t be worth betting on them straight up. But by attaching one to a long shot, you’re in theory giving yourself a leg up on stealing a larger return, since you already know one half of a given two-bet combination is almost assuredly going to come up victorious.

While round-robin options are offered at just about every sportsbook, keeping track of how much you can win isn’t always easy. Some bet slips are more confusing than others. They won’t break it down like we did above, where you see the total payout based on the number of your two-bet wagers that hit. 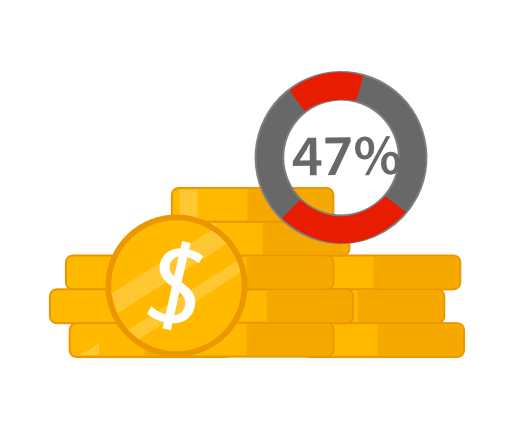 Hence why we recommend using a betting odds calculator so you know how much you stand to make—and, yes, potentially lose—against any given scenario. You may not be able to use this tool if you’re running up against a ticking clock, but if you’re not choppering in to build a round-robin wager at the last minute, you can find a useful odds calculator with a quick Google search. They will tell you everything you need to know: how your lump-sum investment will be divvied up amongst all the different lines; what you stand to win based on all the different possible combinations; and how many bets you need to hit on in order to turn a profit.

Just make sure you have the correct odds for each wager you’re using within your round-robin. Even the slightest discrepancy can throw off the projected returns, and you’ll obviously want to submit your ticket with the most accurate portrait of your round-robin breakdown.