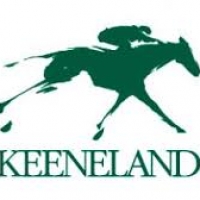 Keeneland Racetrack betting is some of the most competitive in North America. The two race meets per year – with a special summer meeting in July 2020 – are considered as special and boutique as the meets at Saratoga and Del Mar. The horses, trainers, and jockeys are all first class.

Keeneland is also a worldwide leader in horse auctions. Millions of dollars of equine athletes are sold each year at the September Yearling Sale, with $13.1 in 1985 being the highest price ever for a Keeneland yearling. In 2019, an American Pharoah filly sold for $8.4 million.

The races are as follows:

How to Bet Keeneland

For Keeneland payouts and wagering rules, the Pick Three is refunded if there is a scratch from your ticket in the first leg. If there is a scratch in the second or third leg, the ticket holder is entitled to a consolation payout. If the racing surface is abruptly changed due to weather, the bettor receives an All Win situation where any horse in that race is counted as a win.

For the Pick Four, there are no consolation payouts. A late scratch in any leg means the bettor is assigned the race favorite as a substitute. There are no carryovers in the Pick Four; it pays out every day.

Keeneland was not considered a host site for a long time because of the size of the beautiful venue. Its maximum crowds are under 38,000 people, with the Breeders’ Cup bringing many thousands more than that at other venues such as Churchill Downs or Santa Anita. Temporary seating was installed and horses were trained out of barns across the road, rather than on the Keeneland grounds.

When three-time Breeders' Cup winner Beholder was scratched out of the 2015 Breeders’ Cup Classic, that left Triple Crown winner American Pharoah as a heavy favorite to win the race. The Bob Baffert-trained son of Pioneerof the Nile faced Grade 1 winners Honor Code, Keen Ice, Tonalist, and Frosted, as well as Irish star Gleneagles, and trounced them all by 6 1/2 lengths. The horse who ran second, 33-1 shot Effinex, became a Grade 1 winner in his very next start.

His feat of winning the Triple Crown and the Breeders' Cup Classic, now called winning horse racing’s Grand Slam, has not been duplicated since.

Other winners on the day included the filly Found defeating the great Golden Horn in the Breeders' Cup Turf (G1). The Breeders' Cup Juvenile (G1) went to unbeaten Nyquist, who would go on to win the Kentucky Derby. Also in the race was future Preakness Stakes winner Exaggerator.

The Breeders' Cup Mile (G1) went to the filly Tepin, who beat a world-class field by more than two lengths. Mark Casse trained the winner, who scored under top Keeneland jockey Julien Leparoux.

The Friday races were also thrilling. Songbird won the Breeders’ Cup Juvenile Fillies (G1) en route to winning 12 races in a row. Irish runner Hit It a Bomb paid $16.40 when winning the Juvenile Turf (G1) for Aidan O'Brien and jockey Ryan Moore. The Dirt Mile went to Liam's Map by 2 1/2 lengths in a stellar performance, beating Grade 1 winners Lea and Wicked Strong. Canadian-based Catch a Glimpse was a very popular winner in the Breeders’ Cup Juvenile Fillies Turf (G1), and the Distaff went to Stopchargingmaria in a rough race filled with bumping.

The 2020 Breeders’ Cup will take place at Keeneland on November 6 and 7. There will be $35 million in purses topped by the $7 million Longines Classic and the $6 million Longines Turf. Seven more races, the Distaff, Mile, Sprint, Juvenile, Juvenile Fillies, Filly, and Mare Turf, and Dirt Mile, are worth $2 million each.

Keeneland would like to host the Breeders’ Cup every few years as part of a rotation with Santa Anita, Churchill Downs, and Del Mar. It is likely that the Breeders' Cup will be back at Keeneland again in the future.