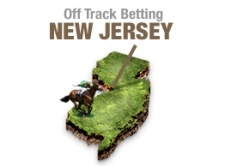 New Jersey is the home to a long history of thoroughbred horse racing, in addition to the oldest track in the United States. Although the allure of Atlantic City has faded somewhat, the U.S Thoroughbred racing scene owes part of its glory to the early days of New Jersey racing. The oldest racetrack in the United States is Freehold Raceway, which has been operating since the 1830s and officially opening in 1854 with an annual harness racing event.

Regardless of your location on the planet, online racebooks provide horse racing fans with the ability to place bets away from the track as long as they have an internet connection. One aspect of online racebook services that draw both experienced and new fans are promotions that give bonuses and rebates which players can parley into winnings.

Although the Cane Pace – the first Triple Crown race for Standardbred pacers – migrated away from Freehold, the facility still runs a full calendar of racing events.

With the closure of Atlantic City Racecourse several years ago, Monmouth Park is the home of the majority of the live Thoroughbred racing in the state. Located on the Jersey Shore, Monmouth Park hosts the Haskell Invitational, one of the most prestigious races in the country for three-year-olds. The Grade 1 race offers a purse in excess of $1 million.

Also in New Jersey is the Meadowlands Racetrack which, while primarily a harness racing facility, they also are home to select Thoroughbred racing dates as well. Their premier event is the Hambletonian – the most important race in the country for Standardbreds.

The Haskell Invitational routinely attracts the very best three-year-olds in the country. In 2015, with the purse upped to a gaudy $1.75 million, Thoroughbred racing fans were treated to the sight of American Pharoah, the first Triple Crown winner since Affirmed in 1978. He did not disappoint and turned in a stunning performance. The streak of attracting the Kentucky Derby winner continued in 2016 and the Haskell featured a rematch between Nyquist, the Derby winner, and the Preakness champion Exaggerator.

Also held at Monmouth Park is the United Nations Stakes, a Grade 1 turf event with a purse of $500,000. The race offers the winner an automatic spot in the starting gate for the Breeders’ Cup Turf (G1).

The world class horse racing action continues at the Meadowlands as the focus shifts to harness racing. The Meadowlands hosts the $1 million Hambletonian Stakes which is for trotters as well as the Cane Pace on the undercard for pacers.

Off Track Betting in New Jersey

New Jersey has a variety of OTB locations throughout the state, all of which are controlled by the New Jersey Racing Commission, which takes care of racetracks as well as pari-mutuel wagering. Sanctioned off track betting sites allow wagering aficionados to bet on their favorite horse races from around the world.