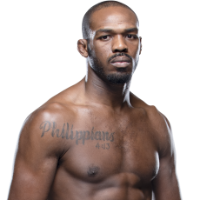 Legendary but controversial Jon Jones hasn’t gained much good publicity over the past few years, as he just seems to get himself into trouble over and over again. Most recently, on March 26, 2020, he was arrested for aggravated DWI, negligent use of a firearm, possession of an open container, and no proof of insurance for his vehicle. While it’s looking grim for any chance of Jon Jones UFC odds on any fight in the near future, we will take a look at what his future may hold.

Jon Jones is one of the most talked-about figures in MMA. While he’s touted by those that know the sport better than any, such as Joe Rogan, as the best fighter ever to fight in MMA, others would highlight his issues with the law, drugs, and life outside the Octagon. There are odds available at the moment for Jon Jones, regardless of the fact he isn’t scheduled for a UFC card anytime soon. The odds were last updated on May 12, 2022:

As well as these potential fights, we have all the coverage from major MMA events such as UFC 267 running throughout the year.

While this is far from his first brush with the law, where he’s been charged with hit-and-runs, DWI’s, drag racing, and battery – the fighter can’t seem to get his life together. Many in the MMA community worry for him, as this type of behavior isn’t healthy, and everyone hopes he gets the help and clarity he needs.

He’s been stripped of titles in the past, and many MMA analysts predict this could be the end for Jones in the UFC. His plea deal on his last offense is pretty light – four days of house arrest and one year of probation, considering he’s a second-time offender. This is disappointing news considering Jones was on a four-fight winning streak and finally looked like he was finally getting his life together.

There’s no statement from the UFC’s Dana White on the fighter’s standing within the organization currently, but we suspect that Jones’ future isn’t looking bright. We expect the UFC to strip his current light heavyweight title for the second time in his career.

Since betting on Jon Jones UFC odds is unlikely for the foreseeable future, we can look at his career in the UFC for now:

Jones is regarded as one of the greatest mixed-martial-arts fighters, and some may argue that he is still one of the top contenders in the UFC when he can stay out of trouble. In 2011, at age 23, Jones became the youngest champion since the UFC instituted weight classes with his victory over Mauricio Rua.

Jones has been the UFC Light Heavyweight undisputed champion twice, from March 20, 2011, to April 28th, 2015 when it was stripped following a hit-and-run. He holds many records within the light heavyweight division, including most title defenses, most wins, longest win streak, and most submission victories.

The only loss recorded in his career is quite controversial – a disqualification versus Matt Hamill for illegal downward elbows. From 2015 to 2017, when he wasn’t being arrested outside the cage, Jones was winning bouts, but testing positive for banned substances – suspending him on and off until 2019.

He currently holds the title again, which he earned on December 29th, 2019 and defended three times before his most recent offense. He also is holding the number one spot for the men’s pound-for-pound rankings in the UFC.

We will publish Jon Jones Odds here as soon as the sportsbooks make them available.