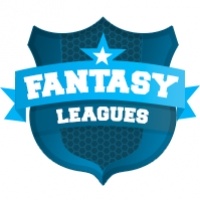 Fantasy sports betting is for when you need a break from your sports betting routine and want to try something new.  Contrary to traditional sports betting, where the focus is on picking outcomes for specific teams or an entire game, fantasy betting zeroes in on the individuals. You assemble a team of players, who represent a variety of real-life teams, and are awarded points based on their performances. This guide will show you how to get started and all about the best leagues. [+]

Fantasy betting further differentiates from typical sports gambling in that you’re not competing against a wide field of other bettors. Some sites do head-to-head matchups, classic fantasy style, but for the most part you’ll be trying to place in a certain percentile of a large group. Finish within the predetermined cutoff, or win the league entirely, and you’ll be rolling in profits.

Make no mistake, this is a skill game. It’s arguably harder than other forms of sportsbetting, because your margin for error is so small, and your knowledge needs to extend beyond two single teams. You are, after all, picking your pool of players from the entire league.

There’s a level of restraint and planning involved as well. You are given a budget with which to assemble your team, otherwise known as the imaginary salary cap. Every available player is given a dollar value, and you must fit all your players in under that salary cap.

The better the player, the more they’ll cost you, so it takes foresight and shrewd balancing to piece together a squad that isn’t almost entirely bereft of depth at multiple positions.

Football and basketball are the most common sports within the fantasy betting industry. You can do hockey and baseball at certain places, but football is insanely popular because, well it’s football, and the NBA is particularly intriguing because there are a lot of games every night, unlike football, but not too many, as there can in baseball.

Since this is still considered a niche industry, though, there aren’t a ton of sites that support fantasy betting. You’re essentially limited to FanDuel, Draft Kings, Draft Day and Fantasy Draft, so be sure to check each one out and decide which is right for you.

How To Win Fantasy Sports

People don't tend to like focusing on also-rans when money's at stake, but that's part of winning fantasy sports bets. However, you can minimize any discomfort you have chasing unique points by playing the matchups.

If you're betting on NFL fantasy, and you see that Dallas Cowboys rookie quarterback Dak Prescott is facing off against the Cleveland Browns' cruddy defense, you can add him to your team instead of, say, Tom Brady. Prescott's cost will still be a bit inflated, because these sites will know he's playing the Browns, but he'll still be a cheaper option compared to Brady. And because you played the defensive matchup, the total number of points he yields shouldn't be much less than you would hope for with Brady. At the very least, you should get a similar, if not better, bang for your buck.

It's equally imperative that you know which stat categories count toward your score when betting on fantasy sports.

Know which categories are in play at all times. This is non-negotiable.

Understanding the stats you need to amass helps you build a roster according to that need—which in turn makes such understanding crucial to your attempt at finishing atop everyone else in your particular fantasy pool that night or week.

You can also play fantasy soccer, for the MLS and Premier League, and MMA fantasy leagues.