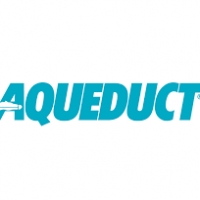 Aqueduct Racetrack betting is available with all the major racebooks. There you can find Aqueduct live odds, and Aqueduct fields and post positions. It is one of the most important horse racing tracks in the United States and it has plenty of horse racing odds. The odds were last updated on November 20, 2020:

Aqueduct Racetrack is a Thoroughbred racing track in Queens, New York City. The track has an unusually long 1 1/8-mile main track and now has two turf courses as of 2017. Before that, the track had an inner dirt course used for racing during the frozen and snowy winters.

Aqueduct opened in 1894. The track hosts one meeting per year, from late October until late April. It has undergone several major multi-million dollar renovations in its history, with the inner turf course removed originally in 1975 before being replaced in 2017.

Aqueduct did play host to the Belmont Stakes from 1963 through 1967 while Belmont Park was being built. It has also hosted the Breeders’ Cup, but just once. The Aqueduct Breeders’ Cup was in 1985, the second year of the championship event.

Other famous horses to run at Aqueduct include Secretariat and Cigar. Secretariat won both the Bay Shore and Gotham Stakes there before being upset in the Wood Memorial. That was his last race before the Triple Crown, which he won so famously. Secretariat did not return to Aqueduct until he was retired in front of the public there in 1973. An enormous mural of Secretariat is painted on the outside of the grandstand.

Cigar won the first two races of his 16-race win streak at Aqueduct. He switched from turf to dirt to run there in an allowance race in 1994 before winning the NYRA Mile, which is now renamed in his honor. Cigar did not ever return to Aqueduct but ultimately retired with 19 wins and earnings of $9.9 million.

Northern Dancer, who won the Kentucky Derby and Queen’s Plate and is widely considered the best stallion of all time, won at Aqueduct as a two-year-old. The great handicap horse Damascus ran at Aqueduct at least 12 times, winning 10 major stakes there.

Betting Aqueduct online is just like betting Aqueduct in person. There are 11 different kinds of bets at Aqueduct, starting with $1 minimum win, place, and show betting. There is also $1 exacta betta and quinella betting. The minimum for a trifecta is 50 cents and a superfecta is 10 cents. The Daily Double and Pick 3 have $1 minimum wagers, and the PIck 4 and PIck 5 have 50 cent minimum wagers. The Grand Slam is $1 and the Empire 6 is 20 cents.

To place a bet at Aqueduct, state the name of the track, the race number, the amount of the bet followed by the type, and the horse number or numbers concerned. If there is a late scratch, refunds are given for Win, Place, Show, Exacta, Trifecta, Superfecta, and Quinella wagering.

Is there is a scratch in the Daily Double or Pick 3, a refund is given if it happened in the first leg, otherwise the bettor is given a consolation payoff is he selects the winner in the other two races. In all other wagers, the bettor is given the post-time favorite on the instance of a scratch.

Sometimes Aqueduct participates in Cross Country Wagers, which means the bettor needs Aqueduct betting tips on top of those are Oaklawn, Tampa Bay Downs, or Santa Anita. The New York Racing Association is the host of these wagers, so New York betting rules apply.

You must be 18 or older to bet at Aqueduct.

Aqueduct expert picks are given out by racing analysts Maggie Wolfendale, Andy Serling, and Greg Wolf. Aqueduct streams a program called Talking Horses each day where the experts give out their selections on the card. Other Aqueduct and NYRA experts include Eric Donovan and former jockey Richard Migliore.

Aqueduct live odds are based on pari-mutuel wagering. That means the odds are reflective of how much is bet on the horse compared to the rest of the pool.

The race has been won by some of racing’s best horses. 2019 Eclipse Champion Three Year Old Maximum Security won the Cigar Mile that fall as a sophomore, cementing his award. He had previously won the Kentucky Derby but was disqualified for interference.

Other winners include Belmont Stakes winner Tonalist, top sprinter Private Zone, Travers Stakes winner Stay Thirsty, Bob Baffert runners Congaree and El Corredor, and in the late 1980s and early 1990s it was won by stars Forty Niner, Quiet American, and Rubiano. Retired jockey Jerry Bailey has more wins than anyone else with five, and trainer Todd Pletcher has won the race four times. Congaree is the only horse to win the race twice.

The Remsen Stakes used to be considered one of the biggest Kentucky Derby prep races. It began in 1904 and used to produce the Winter Book Favorite for the Kentucky Derby before the advent of the Breeders’ Cup Juvenile. Remsen winners include Honor Code, Coronado’s Quest, Kentucky Derby winners Thunder Gulch and Go for Gin in consecutive years, and top runners Java Gold and Pleasant Colony in the 1980s. The likes of Northern Dancer, Key to the Mint, Damascus, and Carry Back all won the Remsen.

Like the Remsen, the Demoiselle is run over 1 1/8 miles for two-year-olds but is for fillies. It is part of the road to the Kentucky Oaks. Aqueduct live odds and odds for the biggest races can be seen on Aqueduct’s website or any major racebook. Wonder Gadot won the Demoiselle in 2017 before going on to defeat males in the Queen’s Plate and Prince of Wales Stakes in 2018. Better Than Honour won it in 1998; she went on to produce Belmont Stakes winners Jazil and Rags to Riches. Breeders’ Cup winners Ajina and Open Mind won the Demoiselle, as did Hall of Fame mare Chris Evert and Kentucky Derby-winning filly Genuine Risk.

The Go for Wand Handicap is named after one of the best mares to ever run in New York. Go for Wand never did run at Aqueduct, but she won seven Grade 1 races in just 13 starts. Another great New York filly, Ruffian, did race at Aqueduct. She won the Astoria, Mother Goose, and Acorn Stakes in her short but unbeaten career.

The Wood Memorial is New York’s last prep race for the Kentucky Derby. Fusaichi Pegasus won the race in 2000 before wearing the roses, and Vino Rosso won it in 2018 before winning the 2019 Breeders’ Cup Classic. The race has been a sire-maker, as leading American stallions Tapit and Unbridled’s Song, as well as Empire Maker, the sire of American Pharoah, have all won it.

The Gazelle Stakes was first to run in 1887. Close Hatches, the dam of 2020 star Tacitus, won the Gazelle in 2013. Star fillies Serena’s Song, My Flag, Silverbulletday, and Pine Island won it, as well as Heavenly Prize, Dispute, and Versailles Treaty.

The Carter Handicap was run as far as 1 1/4 miles but has been seven furlongs since 1903. Vekoma won it in 2020 before taking the Metropolitan Handicap (G1) at Belmont Park. It has been won by Canadian Champion Langfuhr, Hall of Famer Gulch, and the mighty Forego.

Check out other horse races in our dedicated page.