Minnesota take on Portland in the MLS Western Conference on Saturday and this looks like a good chance for MLS fans to bet on the draw.

Looking at the top sportsbook sites (and you can check out the latest online sportsbook reviews here) it is clear that bookmakers are expecting Minnesota to win this one. The Loons are rated as -125 favorites by many sportsbooks, with the draw at +290 and the visitors priced at +320.

Minnesota have been improving steadily over the last few seasons, having finished inside the top five in the West for three years in a row. This year, they have further cemented their status as a force to be reckoned with in MLS, recovering from a difficult run of form to rise to third in the table.

They had a decent start, winning against the New York Red Bulls and drawing with Philadelphia, but between April and the end of June, they lost eight of their twelve regular season fixtures. However, an encouraging 3-2 victory over the LA Galaxy on June 29 ignited a run of form that has seen them play six games without losing, including five victories.

Now the challenge for Adrian Heath's team is to maintain this momentum into the fall. Their final three games, against teams in the current bottom five, give them a tremendous chance to secure a strong playoff spot if they can remain in and around the top four until September.

Portland has had a difficult season thus far for a team used to competing at the top of the Western Conference, but they have been getting better in recent weeks.

They started the MLS regular season with 15 points from their first 15 games, but they have rediscovered their form this summer and have climbed the standings to eighth place with a six-game unbeaten streak, which leaves them in a good position to make a late-season push for the playoffs.

Still, the schedule has not been kind to the Timbers, so they will need to keep that momentum going. There is little room for error if they want to guarantee their postseason place as they are set to play five teams currently ranked in the top six of their respective Conferences in their last six games.

Injury absences have been a problem for Minnesota in recent weeks, and the team news is not much better going into this game. Due to a torn cruciate ligament, Hassani Dotson is out for an extended period of time, and Jacori Hayes is healing from a broken leg. Along with Romain Metanire (hamstring), Kervin Arriaga (ankle), and Patrick Weah (leg injury), Wil Trapp is also sidelined (knee).

Portland's injury situation is in sharp contrast to Minnesota's problems. Although Diego Gutierrez is currently recovering from foot surgery, head coach Giovanni Savarese has nearly a complete roster to pick from for this game.

This game promises to be an enthralling one as both clubs are improving with the playoffs in sight, and both will want to send a message to the rest of the West here.

The key to this game could be the way that Portland perform away from home. This season, their only victories on the road have come against Vancouver and Seattle in the Cascadia Cup game – which produces an intensity level that is not present in any other regular season game.

But the Timbers do have the advantage of being hard to beat on the road. Five of their eleven road games this season, including matches against the Red Bulls, LAFC, and LA Galaxy, have ended in draws. They are undoubtedly tenacious opponents, therefore the draw seems to be the best match betting pick in what may be an early glimpse of a potential playoff showdown.

Although their improvement has been impressive, Minnesota have continued to concede more than their share of goals, which may provide us with a betting opportunity in the Over/Under market.

Their last six games have produced 21 goals at an averaging 3.5 goals per contest. In five of those games, they failed to maintain a clean sheet, and against a strong and improving Portland team it is hard to see how they can avoid conceding at least one.

Portland have also been amongst the goals in recent games. Their last three MLS regular season fixtures have produced ten goals, and only three teams in the West have conceded more than the Timbers. All of this points towards a high-scoring encounter and I think we can count on goals here by backing Over in the Over/Under 2.5 goals market.

Check out the leading soccer betting sites below. You can get the best MLS betting odds when you bet on soccer through these betting partners. 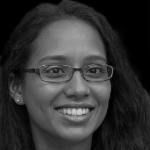