For about a decade running now, Portland has fit smack dab in the middle of the good-but-not-great category. Playoff appearances have been abundant, but never with a real threat of winning the NBA title. Naturally, this led to questions whether franchise centerpiece Dame Lillard would stick around or not. Welp, we got our answer when Lillard and the Blazers organization agreed to a contract extension through 2027.

With Lillard in the mix and still in peak form, expect Portland to maintain its position in the NBA pecking order — which is great for bettors. The team will offer a measure of consistency when you bet on Trail Blazers. And throughout this guide, we’ll offer all the details on what it takes to win more Portland Blazers bets than you lose. Keep reading for expert tips and up-to-date info! The next time you can wager on Portland at top NBA online betting sites is featured underneath. This widget will show the team’s most forthcoming game year-round. Below you’ll also find the game’s current betting lines.

My Team's Next MatchPortland Trailblazers

Check out the Portland Trail Blazers’ entire schedule right here—a tool that is infinitely useful when trying to plan bets in advance. Most oddsmakers won’t release game lines until the day of, but that’s what makes this so great. You don’t need any official betting lines to find potential opportunities.

Here’s one example: fatigue plays a huge factor in the NBA. [+]

Find when the Blazers have a back-to-back. That second game might be a trap since they’re more likely to be tired. You want to circle this game now and prepare for when the betting opportunity comes around.

What Are The Current Portland Trail Blazers Standings

Take a look below to see where the Portland Trail Blazers are in proximity to other teams — particularly in their division and conference. It will give you some valuable insight into forecasting future betting opportunities around their NBA title and playoff chances.

With Lillard firmly locked as the team’s top playmaker for the ensuing years, the most important variable for the Trail Blazers will be who becomes the No. 2 and No. 3 player? For most of Lillard’s career, the sidekick spot was reserved for CJ McCollum. But he was traded away during the 2022 season. Who fills McCollum’s role — and to what extent — is something you must evaluate whilst putting down a Portland Trail Blazers bet.

Because as we’ve learned the last 10 years or so, as good as Lillard is — arguably a top-10 talent in the league — he alone isn’t enough to will this team into championship contention. A second or third star will be needed to change the direction of this team upward. If no one can step into that role and succeed, expect Portland to tread water like they’ve been doing. 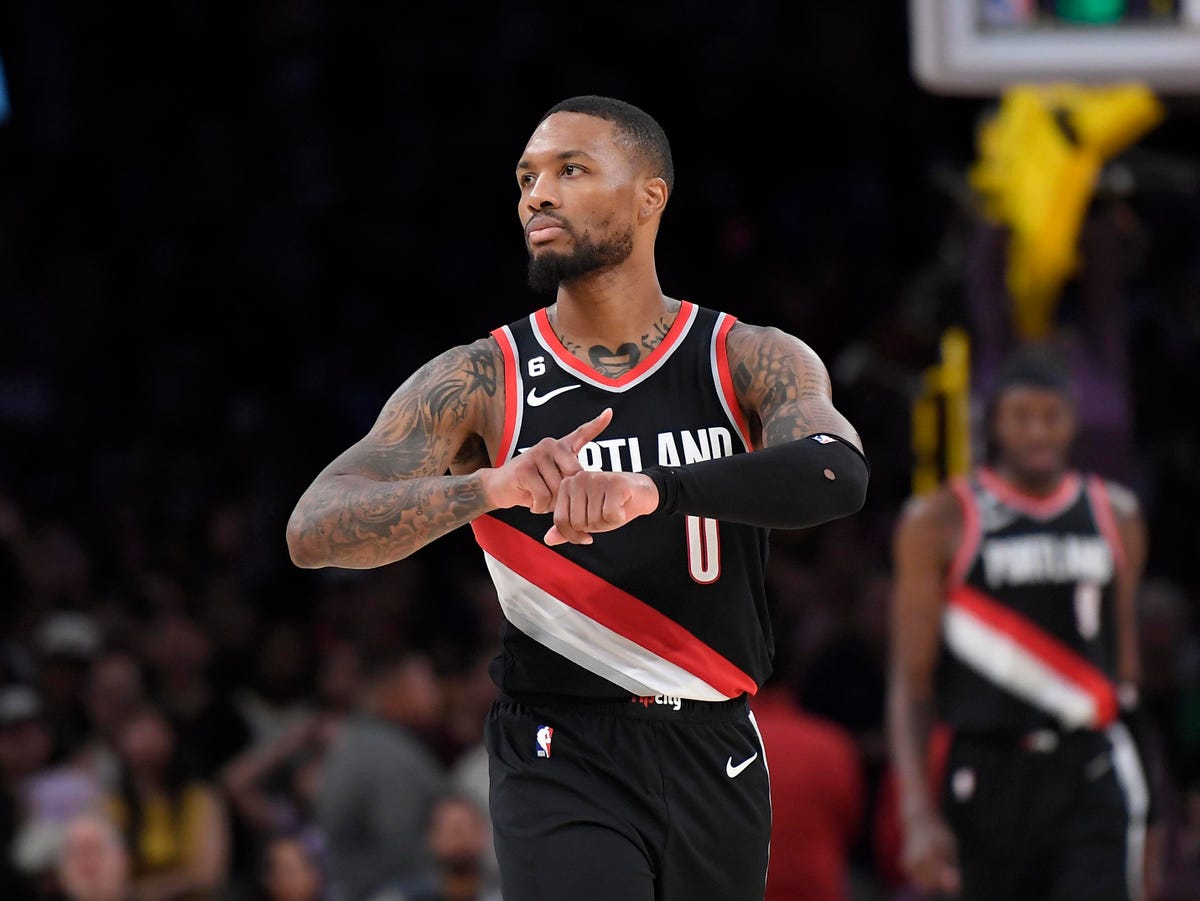 You can also opt into futures bets, which hinge on seasonal outcomes — not single games. The Portland Trail Blazers betting odds to win champion is a perfect example of a futures wager. Obviously, the payout times are long for these ones, and that’s if you even correctly hit on ‘em.

How to bet on the Portland Trail Blazers

At this point, there’s only one thing stopping you from jumping into Portland Trail Blazers betting and that’s having a trustable bookie. While the marketplace has no shortage of betting sites, the ones listed below are what we suggest based on their NBA betting experience. It’s expansive, to say the least, and that applies to any of the sites listed below. For more details about what awaits at each bookmaker, read our in-depth sportsbook reviews.