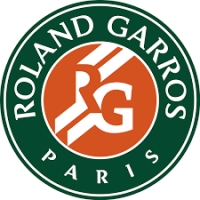 The French Open or the Roland-Garros as some may call it is the second of the four Grand Slam tennis tournaments. The French Open will likely be played in May next year, but it will depend on the situation with the pandemic.

French Open odds for 2021 aren't available at the moment. The odds are subject to change and we'll be sure to keep this page updated with the latest odds posted. This page was last updated on October 13, 2020:

The pandemic jumbled up the tennis season, and now the French Open will be played after the US Open and Wimbledon was cancelled for the first time since World War II. It was surprising that the French Open was rescheduled once Wimbledon decided to cancel.

This leaves just one week between the US Open and the French Open - two Grand Slam tournaments. This factor should be a huge concern for both the players competing and the sports bettors looking to bet on the French Open.

Betting on the French Open can be fun and exciting, as any Grand Slam tournament would be, and as the second tournament, you can start to see which players are having a hot start to the tennis season, and who might be on their way to a Grand Slam victory.

Once a player claims victory at the Australian Open and the French Open, the wagers start to pour in on calendar Grand Slam futures. Everyone wants to get a piece of the pie in the chance a player might win a Grand Slam title in one season. Many tennis beat writers produce excellent French Open predictions leading up to the main event - proving to be good content to keep an eye on when betting on the French Open.

The French Open is the premier clay court championship sandwiched between a hard court tournament and a grass court. The clay-court is extremely physically demanding on the tennis players, the clay courts slow down the ball, and produce a high bounce in comparison to hard courts. Players who are more suited to slower surfaces like Rafael Nadal are more successful at the French Open.

There are definitely some unique complications leading up to the 2020 French Open, and these complications can be hazardous to your betting strategy. Some players have voiced concerns and potentially might withdraw from the tournament - like Nadal, Barty, and Djokovic. This would ultimately damage the integrity of the tournament itself.

We will keep you posted on any updates to the 2020 French Open betting news as it comes in.

While the 2020 season has been a whirlwind and much is up in the air concerning the Grand Slam tournaments, we want to ensure you’re prepared. There are a few popular betting options that beginners and intermediate sports bettors should understand before betting on the 2020 French Open.

Let’s start with the most popular tennis betting options:

With five different categories, there will be plenty of moneyline bets available at the French Open. The moneyline wager is the most simple and easy to understand the betting options, and the most popular among beginner and intermediate bettors.

All sports have the moneyline wager and when it comes to betting on the French Open, you put money on which player you think will win a match - it doesn’t get much more simple than that.

If you have Nadal versus Djokovic, and let’s say in this instance we have Nadal as the favorite to win the French Open Men’s Singles, you might see odds that look like this:

Since Nadal is the favorite, the negative number means you will have to bet that amount to win $100. So you would have to place $110 on Nadal to win $100. If you look at Djokovic, the underdog in this situation - he has much better value odds. If you bet on Djokovic, his +120 odds mean that you would need to wager $100 to win $120.

These numbers are different for each match and usually, if there’s a significant underdog, you might see +850 or +1000 odds - which could result in a huge payout if your underdog ends up winning.

Many professional sports handicappers will only bet the point spreads. It provides a little more flexibility for error but nonetheless is a bit more complicated. Oddsmakers will set the spreads based on the two players competing, taking into account the clay court and how that might affect the player, the player’s style, and past records. This type of bet essentially gives the underdog a head start before the match even begins.

A little bit different than other sports, tennis spreads are based on sets within a match. So if Nadal is a -700 favorite in a match, he might have a -5.5 spread, meaning he would need to win six games or more than his opponent to cover the spread.

On the other hand, if he had a +5.5 spread, there are two options: he could either win, or lose the game, but would need to lose by less than five.

Another simple French Open betting type that can be helpful when you aren’t sure which player will win, and just want to bet on an aspect of the match, is totals betting. Your job is to decide whether you think the total number of games in a match will be over or under the oddsmaker’s set line.

Before the match, the oddsmaker at your sportsbook will set a line, predicting the total number of games within a match. If the number is 23 games, you would have to decide whether you think the match will have more or less than 23 games - very straight forward. The total will have odds attached to it, like -110 or -120 on the most likely option. If the match has 25 games and you picked the under, you would lose the bet.

Now that we’ve looked over some popular betting types, you’re ready to bet on the 2020 French Open. With much of the United States casinos and betting parlors closed due to the pandemic, online sportsbooks will be a huge convenience this Grand Slam tournament season.

If your state doesn’t allow online betting, you might want to consider signing up at offshore online sportsbooks to place your French Open bets from the comfort of your own home - where you can watch the games on television.

Finding a sportsbook that is safe and secure, while also boasting the best French Open odds, should be your main priority when searching for an online sportsbook. Being prepared with research and reading plenty of sportsbook reviews will help you decide on great sportsbooks that will suit all of your French Open betting needs.

Many professional sports writers offer great French Open predictions and French Open picks on popular tennis publications that are worth a read before betting on the tournament.

Remember to have fun betting on the 2020 French Open this Autumn, and always gamble responsibly.