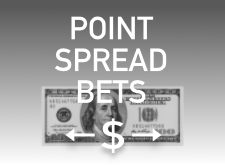 There are three core betting types in the sports gambling industry: the moneyline, the over/under and, perhaps the most popular of them all, the point spread. This wager consists exclusively of predicting a predetermined margin of victory or loss. You are not—we repeat, you are not—necessarily trying to determine the winner. That's the idea behind the moneyline.

How do these point spreads work? When is it best to use them? Can point spreads make for good parlay bets? We're here to break it all down.

Point spread lines are broken down into two options: The favorite and the underdog.

When you invest in the favorite, you are essentially picking a winner. But it isn't just that simple. You're also saying that the favorite, in this case, Ohio State, will be winning by more than 7.5 points. So Ohio State can technically win, but your bet still loses.

On the other side of the fence, when you bet on the underdog, you're not predicting a victory. Instead, for our example, you'd be counting on Penn State to lose by fewer than seven points. So if they lose by seven points or fewer or even beat Ohio State, your wager ends up hitting.

That's how the point spread works. It's that easy. Check out the below sportsbooks for the best point spread odds.

If you're a bettor who values more lucrative returns, point spreads may not be for you.

Each wager effectively has a set return of -110. It doesn't matter whether you're betting the favorite or the underdog. There is sometimes the occasional -105 or +115, but it's rare. The more variant range of outcomes is reserved for the moneyline, where the prediction itself is more straightforward, but the payouts can, in theory, be anything.

One thing to keep in mind, though: Point spreads tend to move after the odds are published. Linemakers adjust their numbers based on the amount of action they're seeing, and for most games, it's the point spread that's most impacted by this.

So if you're going to invest in point spreads, we recommend making the call as quickly as possible. You won't be guaranteed to capitalize on market efficiency, but you'll get a chance to pounce on what is typically the more bettor-friendly odds.

When Does It Make Sense to Bet Point Spreads?

A lot of people tend to ask the benefits of betting the point spread. It is functionally more difficult than the moneyline, and the returns are never huge. Why tie yourself to a margin of victory or loss rather than just bet on a straight-out win?

It's a fair query. But point spreads can guarantee close to a 1-to-1 return on any successful bet. You don't get that luxury with moneylines, where heavy favorites are normally something like -450 and require you to wager $450 bucks just to win $100. 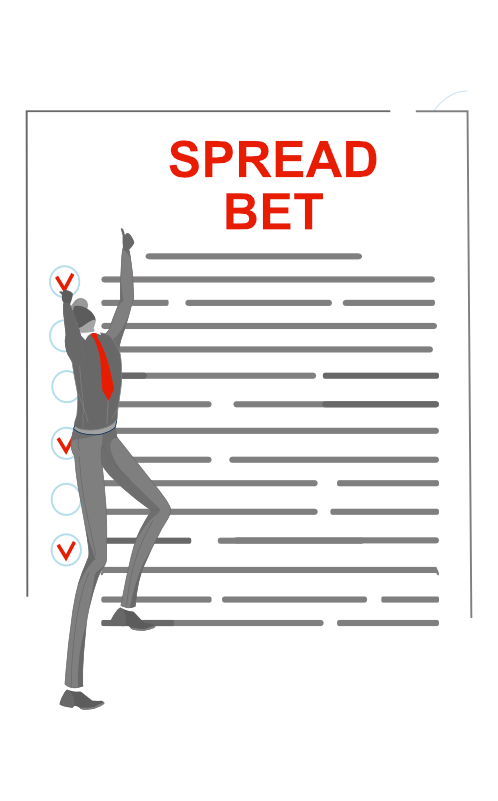 The trick is knowing when it makes sense to roll with a point spread, particularly on favorites. And the answer is kind of a duh moment: You're best off doing it when you feel there's going to be a blowout.

When expecting one team to blow out another—that is to win by a large margin—it makes sense to bet the point spread and not the moneyline in both football and basketball. Let’s say the New England Patriots are 14-point favorites over the Buffalo Bills. Why take the Patriots at -450 on the moneyline and have to pay $450 to win $100 when you can bet $100 on the Patriots simply to win by more than 14 points at -100 and win $100 back?

That's the general idea behind point spreads: stability in potential payouts, even if it's a bit tougher to hit them.

There are not too many point spread strategies to choose from; they're not built to take a bunch of different directions on your bet slip. That said, there are a few that remain fairly popular.

Betting on underdogs can always be dangerous. You should first and foremost have actual belief in the team or competitor in which you're investing. Working underdog point spreads is not something that should be done randomly.

At the same time, when you're looking at mega underdogs—we're talking teams that are laying a -14, -21 or more in football, for example—there are those who believe a below-average number of the favorites actually cover. So, in these instances, they'll throw money on the underdogs, thinking they have a fairly substantial margin for error.

This logic sort of tracks. Teams that build up big leads will tend to play tighter. Let's say LSU is laying a -21 versus Clemson. They may very well end up leading by 21 points or more during the game, but when they start running the ball and burning clock and playing lax defense, that leads could deteriorate, in which case you have a chance to clear a successful underdog spread, even if the matchup isn't really that close in retrospect.

Bold bettors will parlay a few points spreads that they're confident in, regardless of how much the teams are laying. A more conservative approach entails targeting a few smaller point spreads and parlaying those. We're talking about spreads so small they basically pick 'em situations, so it's like you're parlaying moneylines. 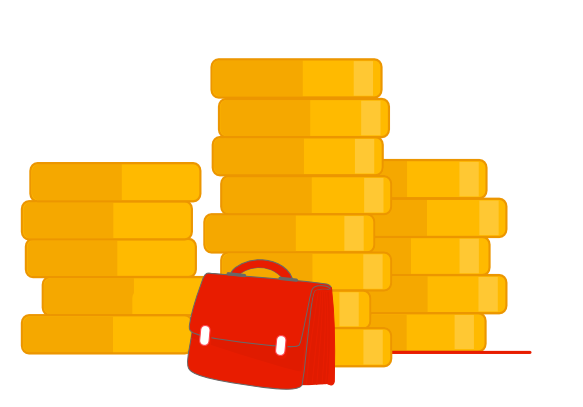 Take a look at this mock betting slip someone might decide to build after perusing the latest NFL odds:

Now, you can bet on all or any of these spreads individually at -110 return odds. But because they're so small, it's like wagering on a moneyline. If you really think these four teams are going to win outright, you have a chance to exponentially drive up your possible payout.

Plug this particular betting slip into an odds calculator, and you'll find that you can profit over $1,200 for every $100 you wager. And turning four wagers with sub 1-to-1 returns into a payout better than 12-to-1 is one heck of a bargain.

This isn't a prop-betting strategy people employ too often. Really, though, point spread props can be quite valuable.

Here's how it works: Bettors will look to wager on midgame point spreads, either for a half, quarter, period, whatever. Most tend to target the latter end of games when the outcome could potentially be determined, and they have a better sense of how hard teams are going to play.

For the sake of this argument, let's say you are watching a Cowboys-Seahawks game. The Cowboys up by 14 points at halftime. Oddsmakers will then use that to inform their second-half point spread, which would typically favor the Seahawks in this situation. Based on whatever number they churn out—be it a -7, -3, whatever—you can decide whether it makes sense to take the Cowboys' spread or perhaps go against the grain with the Seahawks.

It doesn't sound like a more predictable proposition at first glance. But by knowing how specific teams have played when they're holding big leads. More commonly, bettors like to prioritize teams that are trailing big entering the second half, fourth quarter or final period. The belief is they'll be the side that plays harder, while the team that's actually ahead will take its foot off the gas and adopt a more conservative approach.

Truthfully, this might be the most airtight point spread strategy we've discussed. Teams will huge leads are inherently more likely to drop off as the game wears on, in no small part because it's expected that they'll pull their best players. This doesn't always happen in the NFL, but in college football, college basketball, and the NBA, it's a virtual certainty.