Trae Young has arrived — but just how much will he ascend? That’s perhaps the most important question that will determine the Hawks’ future. “Ice Trae”, as he’s called, was drafted fifth overall in the 2018 NBA Draft. He quickly became and lived up to being the face of the franchise (and will be for the foreseeable future). But can Young become an “elite” NBA player? Ya know, a game-changing talent that can lead Atlanta to the “promise land”? 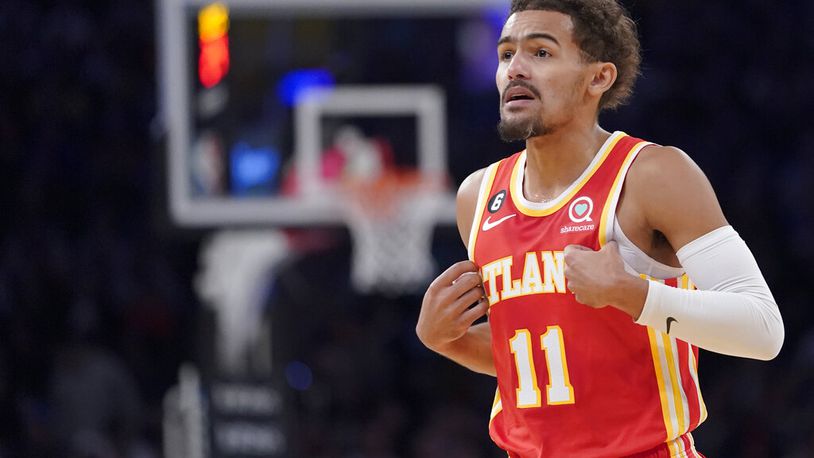 We’ll find out in the coming years. Surely, bettors out there already have an answer in mind. Why not take that opinion to the sportsbook and make money off Atlanta Hawks betting? That’s what we’re here to do because we’ve created this entire page to help you bet on Atlanta Hawks. In here, you’ll find the team’s next game, current standings, and expert betting tips. Buckle up cause we got a lot to cover as we go along!

The next Atlanta Hawks bet can be found in the game featured below. This widget is always updated with the team’s soonest game, where you can have your pick at spreads, over/under, moneyline, or prop betting.

My Team's Next MatchAtlanta Hawks

Having a full look at the Hawks’ schedule can be a tremendous asset. Having this encompassing view of the team will help you pick when to bet on Atlanta Hawks game. Maybe you notice one matchup is on the back of a long road trip or worse it’s the second game of a back-to-back. Fatigue could set in to Atlanta in either one of those scenarios which you’d want to account for when betting. Those are just hypothetical examples but the full 82-game schedule can clue you into these type of situations.

What Are The Current Atlanta Hawks Standings

If you have any intention of investing in the Hawks’ playoff run, keep up with their standings. For one, you want to see who they’d face off with in the playoffs. Two, you’d want to know if they’ll have the benefit of home-court advantage or not. Answers to those questions can be found by analyzing the Eastern Conference standings, which are listed below.

We've already emphasized the importance of Young to this team's future. But let's be honest, not EVERYTHING hinges on Young. This is a team sport despite the phrase "the NBA is a player's league" being uttered nonstop by analysts and bettors themselves.  So when you're picking Atlanta Hawks betting odds, do due diligence on the pieces around young — namely the head coach, No. 2 player, and bench. Given Young's streaky shooting ways, it's not uncommon to see him carry Atlanta to a win here and there. But as a bettor, you don't want to bank on Young going supernova every game to win bets — that's a losing strategy over the long haul. Take a hard look at everyone not named Young and you'll have a better idea of how to attack this team at popular online betting sites for NBA.

Just like basketball is a "game of runs" so too are Atlanta Hawks betting odds. Is the team on a winning streak? Expect oddsmakers to account for that, and vice-versa if they're ice cold. It's best not to expect a lot of consistency on the odds front over the course of a long 82-game season — not only for Atlanta but most teams outside the tried-and-true title contenders.

Speaking of titles, what about the Atlanta Hawks betting odds to win championship? That's a popular futures bet among Hawks bettors and while we can't tell you if it's a solid wager or not, we will say to factor in other teams when making your decision here. Atlanta might be good, but if there's a handful of teams simply better, then you might want to save your money rather than a bet on Atlanta Hawks winning championship.

How To Bet On The Atlanta Hawks

You have all the information you need to make Atlanta Hawks bets if you've read this far. Now it's just time to take action and do the actual damn thing. To do just that, you can hit one of the bookmakers listed below. These sites are the "best of the best" as we've outlined in our latest sportsbook reviews. Not only will you find a massive volume of Hawks bets here, but you'll also get them at incredibly bettor-friendly prices so you're always maximizing out betting value.