The Heat have been one of the most consistent teams in the NBA for well over a decade now — with LeBron James and without. In that span, players have come and gone, the playing style league-wide has transformed, but one constant has remained: Pat Riley atop the organization and the Miami Heat betting odds to win championship remaining strong.

With the Heat’s consistent success, they’ve become popular fixtures at top-used NBA online betting sites. If you’re thinking of getting in on the betting action, then this page will be a tremendous guide for you. We’ve loaded this page with all the must-know information about Miami Heat betting — the full schedule, up-to-date odds, expert tips, and so much more. Keep reading to find out what it takes to make money off Miami Heat bets! 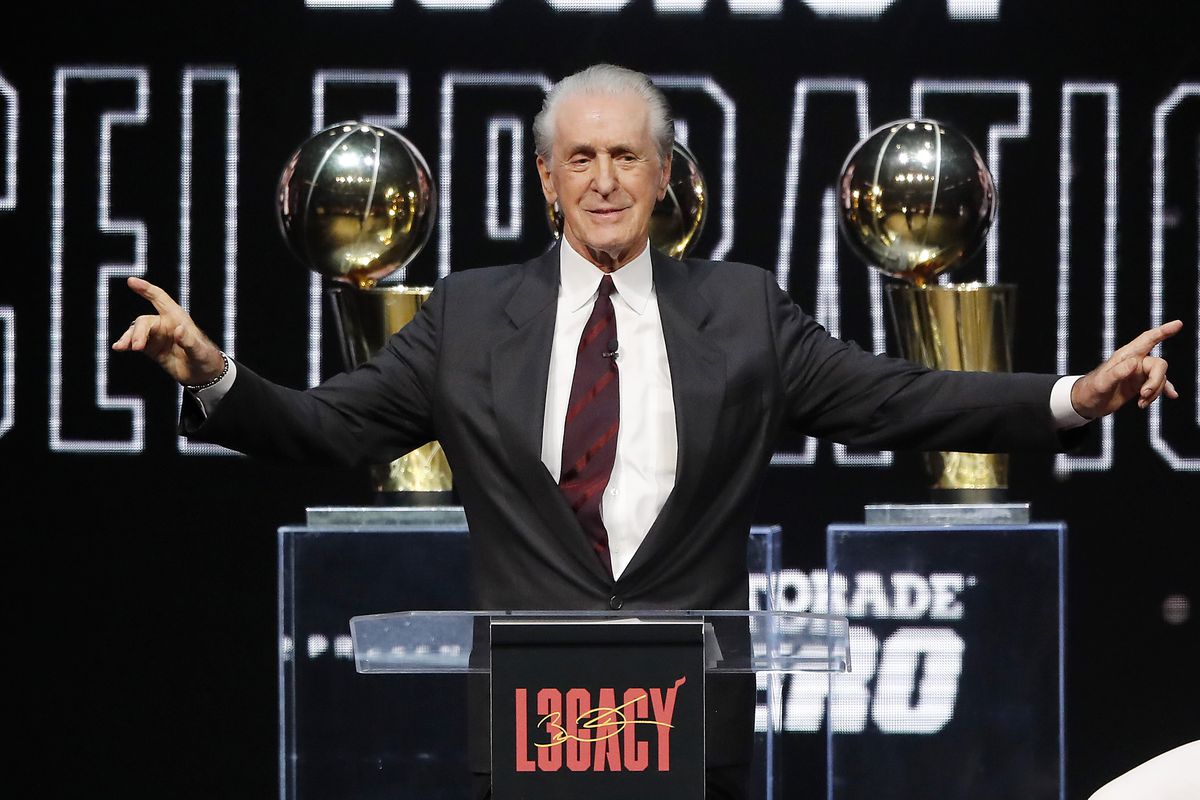 If you’re scratching to make a Miami Heat bet then your soonest opportunity will be listed below. This widget will feature the team’s next matchup, as well as current odds.

My Team's Next MatchMiami Heat

Use this look at the Heat’s entire schedule to map out your betting patterns. The weight of the 82-game season weighs on every team league-wide — even a franchise like Miami, one that has a reputation for having an extreme conditioning program. Yes, even Heat players will succumb to fatigue from a long road trip or the second half of a back-to-back. This schedule is how you pinpoint when those issues can arise to the surface.

Moreover, having the full schedule gives you an opportunity to look back at how the Heat have performed in the past, not only against particular opponents but in all types of situations: home games, road games, back-to-backs, versus winning teams, against losing teams, weekend matinees, etc. The more thorough you are in looking at the past, the more prepared you’ll be for future bets.

What Are The Current Miami Heat Standings

Next time you bet on Miami Heat game, it’ll be worthwhile to look at the standings beforehand. Not only do you want to see how the Heat stack up against their conference foes, but you’ll want to do the same for its opponent. The standings are a way to see the “lay of the land” per se and gauge how the NBA pecking order currently is.

On any given day, you'll be jam-packed with betting opportunities in the NBA. However, we'd urge you to NOT try and bet everything. Instead, you'd be better off by really focusing on a few select teams and following them all year long. Doing so will increase your specialized knowledge, which gives you a better "edge" when gambling.

Miami is a PERFECT team to specialize in. Why? Well, for one, they're entertaining so you'll enjoy watching your bets in action. But two and perhaps more importantly, this franchise is consistent as we've pointed out before. The last thing you want is wild unpredictability when betting, and that's less of an issue with the Heat. What you see is what you get most of the time with Miami. More times than not, we'd expect the Miami Heat betting odds to have them pegged as favorites. That's a large credit to head coach Erik Spoelstra, who is one of the most respected in the entire NBA. Year in, year out, "Spo" has shown a knack for getting the best out of his players — not only the stars but role players, as well.

Still, we'd argue a bet on Miami Heat winning championship is probably only warranted if the team is "top-heavy." By that, we mean they possess two game-changing "superstars." Spo is great and all, but the NBA is still a superstar-driven league. We'd evaluate Miami's best players against other title contenders when evaluating a futures bet on the NBA title.

How To Bet On Miami Heat

There's only one thing stopping you from a bet on Miami Heat: having a trusted online sportbook. The keyword in the last sentence is trusted because this is your hard-earned money at stake and it needs to be in safe hands. Welp, we've got you covered because we've featured the most trustworthy betting sites underneath. These are great choices to handle your Heat betting money. You can learn more about each respective site by reading our unbiased sportsbook reviews, which are listed in the table.