Few, if any, hockey teams draw the attention of the Maple Leafs. The historic team plays in the hockey-obsessed city of Toronto, the biggest market in Canada. This dichotomy makes the franchise perhaps the most valuable in all of NHL (or at least on par with New York Rangers). The Leafs have achieved this notoriety despite not having won a Stanley Cup since 1967.

Regardless, if you’re an NHL bettor, Toronto almost has to be apart of your betting rotation. This team is too famous to avoid putting money on at some point. For this reason, we’ve assembled an all-in-one guide to bet on Toronto Maple Leafs. It has all the must-know information about Toronto Maple Leafs betting — odds, schedules, standings, and yes, expert betting tips. Keep reading to get the full scoop on how to win your Toronto Maple Leafs bets more often than not. 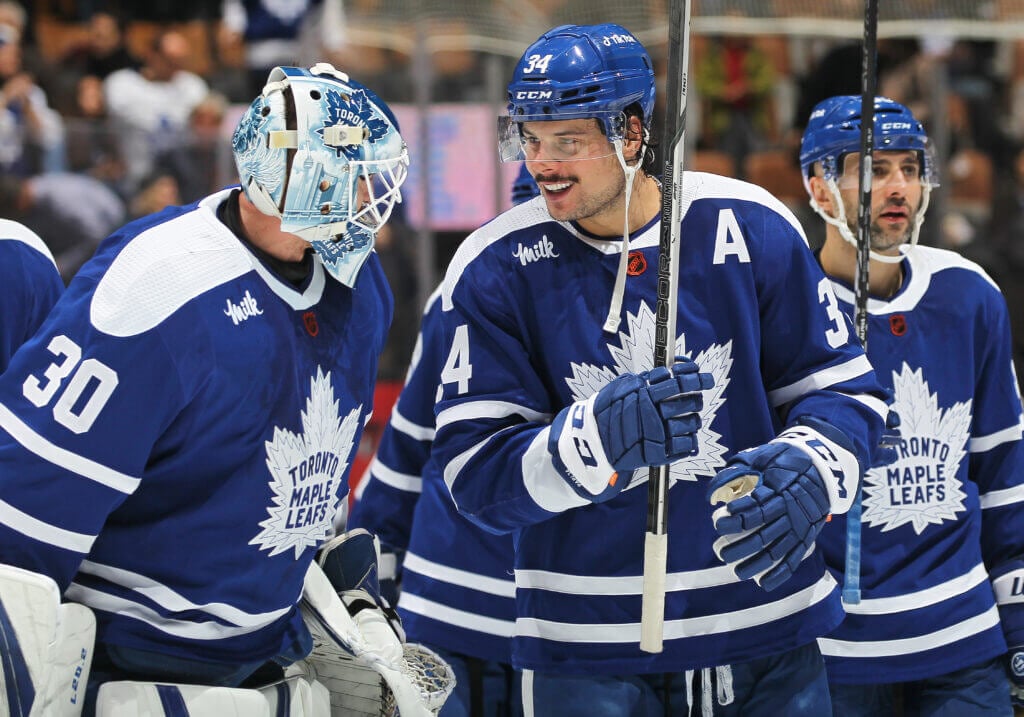 Itching to bet on the Maple Leafs? Your next chance at doing so is featured below. You’ll also find odds for this matchup. Check back here because this widget is always current with the team’s next betting opportunity.

My Team's Next MatchToronto Maple Leafs

You’ll have 82 different games that you can bet on Toronto this season. Each of those games is listed underneath. Odds for a matchup won’t be available until that game is up next. Still, you can use the full schedule to plan your Maple Leafs wagers well in advance.

What Are The Current Toronto Maple Leafs Standings

If Toronto is going to end its infamous Stanley Cup-less streak, they’ll first need to clear through the Eastern Conference. You can track how the Leafs are faring in that regard with the widget below. These are the standings for all 32 NHL teams. See how Toronto stacks up against the rest of the league here.

Due to Toronto’s popularity, everyone is going to have an opinion on the team and bets revolving 'em. And we mean EVERYONE! But that can actually be detrimental if you’re wanting to bet on Toronto Maple Leafs game at top-used NHL betting sites. Why? Because most of these opinions are just regurgitation of others. Rarely will the thoughts actually be original.

So here’s the biggest piece of advice we have for you: ignore the noise. If you really want to understand the ins and outs of Toronto, you’ll need to draw insights from your own two eyes — not hearsay from the national narrative. You should be watching Maple Leafs’ games on a regular basis, trying to pick up changes in the team’s play. The national conversation will always be late to such changes, and if you can “front run” them, you’ll be armed with dangerous information to separate yourself from less-informed bettors.

The Leafs’ failure to win a Stanley Cup in more than 50 years is the talk of the league. They’ve been dangerously close to ending the dry spell over the years, but no cigar. Regardless, many bettors rush to jump on Toronto Maple Leafs' betting odds to win championship. Who doesn’t want to own a piece of history when the streak ends, all while making a nice profit off it?

While we won’t stop you from a bet on Toronto Maple Leafs winning championship — no matter how good Toronto is or isn’t — we do want to mention that your effort should be focused on puck lines, moneylines, and over/unders. There’s more money to be made off these types of Toronto Maple Leafs betting odds just because they’re more widely available. All 82 games (plus preseason and playoffs) will offer those lines to put money on.

How To Bet On The Toronto Maple Leafs

It’s super easy to drop a Toronto Maple Leafs bet. There are so many online sportsbooks available that offer opportunities to do so. However, if we were you, we’d start with the list of sportsbooks featured below. All of these ranked high in our unbiased sportsbook review section. Any one of the sites can effectively be your one-stop shop to bet on Toronto. Hit one of the “play now” buttons in the below table to get started. The sign-up process takes a few short minutes so you can begin wagering on the Maple Leafs almost instantaneously.