The 2017 Confederations Cup is entering the semi-finals, but let's take an extra-early look at the final on Sunday and who will come out on top in the end.

Germany will face Mexico on Thursday while Portugal take on Chile.

At the moment Bovada favors Germany making it through to the final along with reigning European champion Portugal. That certainly lines up on paper. Germany, after all, are the reigning world champions and Portugal staked their claim in the sport's elite after winning last summer's European Championship in France.

Not all is as it seems however.

Joachim Low has brought a younger, less experienced team to Russia for the tournament than the one that won the World Cup three summers ago. Portugal, meanwhile, can still rely on the godly talents of Cristiano Ronaldo, but even he can't always be relied on to win games on his own. 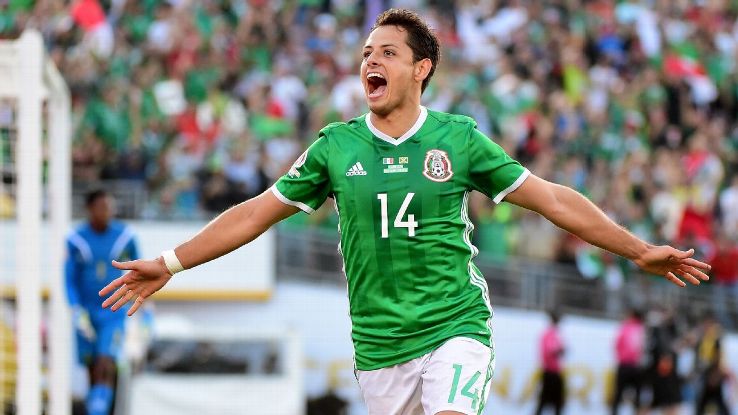 Mexico will look at the Germany team they are set to face in the semi-finals -- one laced through with talent but still brittle and occasionally blunt -- and feel they might have a real chance of making it to the final and beyond. Their backline is suffering through some injuries, but they can defend well enough to serve as a platform for a talented counter-attacking unit. Much worse teams have succeeded in tournament play with similar systems.

As luck would have it, a case could be made that the Portugal team that won last summer's European Championship were worse off than Mexico look now and still managed to park the bus and squeak through to a trophy.

Cristiano Ronaldo's team might find a sterner test in Chile. The reigning Copa America champions looked uneven in the group stage, but expect them to begin firing on all cylinders now that a trophy is more clearly in sight.

Chile's energetic pressing football demands a lot from its players, but consistently allows them to punch well above their weight. Two consecutive wins over Argentina in the past two Copa America tournaments are proof enough of that.

There is still a clear problem for Chile. This Confederations Cup marks the fourth summer in a row that Chile's players will be participating in a major tournment. Even such accomplished and powerful players as Alexis Sanchez and Arturo Vidal might begin to feel the miles in their legs.

With Chile's experience in nullifying an Argentina side anchored to Lionel Messi, seeing off Ronaldo's Portugal might not be too different a chore. Expect them to squeak by and face Mexico in the final.

Who wins that contest is trickier to guess, but ultimately it comes down to which side has players like Sanchez and Vidal at their disposal. Those players can, and have tipped, the balance on their own for Chile, and it would surprise no one if they did the same against Mexico.

All of that being said, under the same logic it is impossible to discount Portugal and Ronaldo. The Real Madrid man is arguably the best player in the world at the moment, and even a handful of good moments from him could tip this tournament on its head.