These last few years have been rough for the Brooklyn Nets as they struggle in the Eastern Conference basement.  It was traded to the Boston Celtics in the Kevin Garnett and Paul Pierce mega deal back in 2013, which now in hindsight, looks like a horrendous move. The 2013 super squad is all gone, aside from Brook Lopez.

Tough times have disappeared for the Nets and those who wish to bet on them. They are looking to win a lot of games over the next few years, and they’ll most likely need to overpay mid-end free agents just to field a roster that’s even close to NBA-caliber.

General manager Sean Marks and head coach Kenny Atkinson are installing a culture that’s prided on hard work, fast-paced play, and defensive responsibility. These ideals have finally translated into success on the basketball court, but the implementation of a winning culture gives you enough cause to monitor this team’s progress so that you’re ready to strike once they become dependable options at the sportsbooks.

Keep up to date with every Brookly Nets game and keep a close eye on what team they play next so you can make sure your next bet is a winning one.

Try making your betting decisions as quickly as possible so you aren’t subjected to or exploited by, shifting lines throughout the day.

Of course, though, you also want to take the time to confirm these listed lines with your own sportsbooks. Game odds can be different depending on where you’re betting, and while any discrepancies are typically minor in nature, even the smallest variations could change how you approach a single-game over/under, moneyline, or spread bet.

My Team's Next MatchBrooklyn Nets

Start planning your bets ahead by taking stock of the Brooklyn Nets’ schedule. Though you won’t have access to game lines weeks in advance, you can begin to single out matchups you wish to gamble on and see how the Nets’ roster, play style, and record stack up.

Use past results to help you out even more with this approach. Previous scores show you how the Nets play against specific opponents.

If, for instance, you want to see how they hang when playing above-.500 teams when on the road, just sift through their completed games. After that, you can apply their record in those situations—along with their cumulative point differential—to the game you’re looking at. And just like that, you will have a better idea of how to bet on the spread or moneyline.

What Are The Current Brooklyn Nets Standings

Most people don’t realize it, but if you follow the Brooklyn Nets’ place in the NBA standings, you’ll have an inside track on almost all of their single-game and futures bets.

So long as they reside near the bottom of the standings, you know to view them only as single-game dice rolls—preferably on the spread fronts. If and when they begin rivaling universally recognized contenders such as the Cleveland Cavaliers, San Antonio Spurs, and Golden State Warriors, that’s when you can consider using them as conference and championship plays as well.

Here are some guidelines to follow as you navigate what has been an extensive rebuild in Brooklyn. 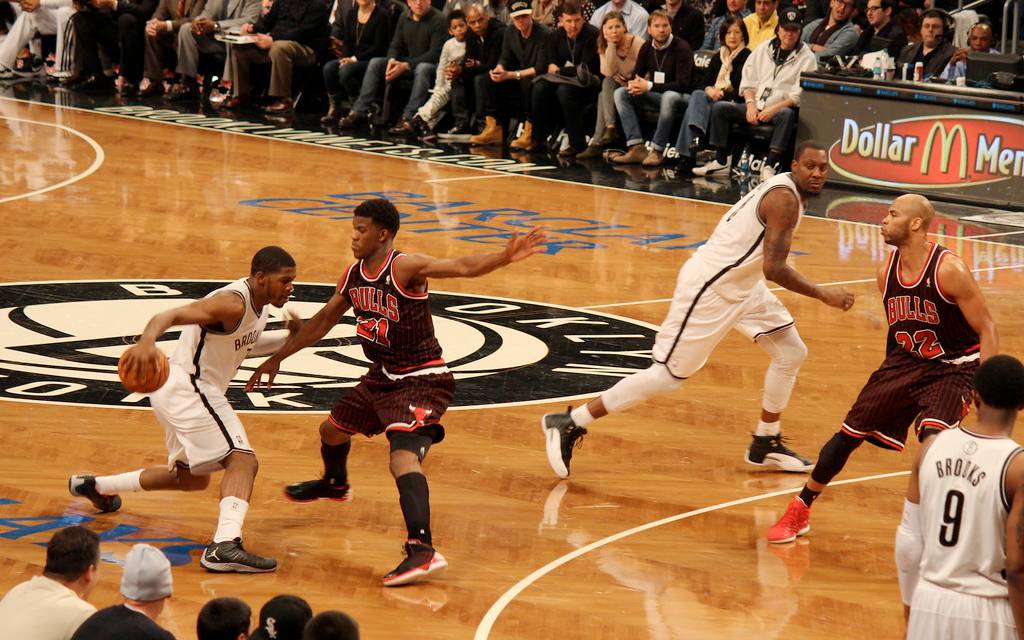 Invest In The Over

The Nets don’t have the personnel in place to be a good defensive team. They will try hard under head coach Kenny Atkinson, but they won’t be elite stoppers for at least two more years as they develop kiddies and put better NBA players in place.

That’s intriguing enough on its own to make the Nets semi-consistent over plays. But they’re even more attractive under this umbrella because of how fast they play. Only one or two teams will use more possessions per 48 minutes as long as Atikinson is the head coach.

He understands the concept of pace-and-space in today’s NBA, and he also understands that the best way, as of now, to make up a grave talent deficiency is to generate more scoring opportunities by cycling through more touches.

Even if the Nets don’t score efficiently—and they probably won’t—the sheer volume they and their opponents enjoy will drum up final scores. Unless they are playing against one of the league’s best defenses, you have the go-ahead to consider your over options.

Some of this goes without saying. The Nets are good but haven’t been for very long, so there’s more reason to bet on their Eastern Conference Finals and NBA Finals chances.

But there will be a select swathe of people who are tempted by their win-total projections before and during every season. The total will be so low that, the thinking goes, it makes sense to take a flyer on their performance by rolling with the over.

At its core, this is an okay approach if you’re betting on negligible amounts of cash you expect to lose. Overall, though, it’s bad betting form, because the Nets’ performance has been on the rise so much.

In addition to signing players aggressively and frequently during free agency, they’ll be trying to get their hands on as many young talents and extensive projects with high upside as they can. This combination of chasing proven veterans while liberally obtaining and using inexperienced unknowns makes for an unpredictable ceiling.

So, please, don’t fool yourself into thinking you know better. Stay away from all Nets futures—including win-total projections—for the next year or two, or perhaps more.