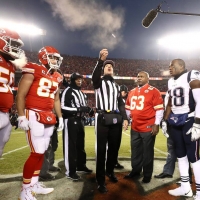 As soon as the Super Bowl is set and the odds are locked in for NFL fans to enjoy, you better believe that bettors are also quick to check out the Super Bowl Prop Bets that are available as well. These kinds of bets are among the most popular ones you can find for the entire NFL season. Everyone really does wait for those Super Bowl prop bets.

The is an endless list of Super Bowl Prop bets available for the LV bowl. The Super Bowl prop betting odds were last updated on January 25, 2021:

Did you know that placing bets on those prop bets has never been easier? Whether you want to bet on how many touchdowns will be thrown, how long the National Anthem will be, or something else, our partners here at OnlineSportsBetting make it all incredibly simple for you.

We take a look at that in this piece, while also breaking down the different odds you'll be able to put your money on.

Every early February, the Super Bowl will be back in our lives and it can't arrive a second sooner. Of course, there's going to be a long list of wagers you can make, but there truly are few things better than the Fun Super Bowl Bets that you'll be able to take a look at. Among one of the favorite Super Bowl Odds, people take a look no doubt is the Super Bowl National Anthem Bet.

The National Anthem kicks off the big game, with millions out there holding a stopwatch to see how long it takes from start to finish for the featured artist. That's because countless NFL bettors place wagers on the over/under for the length of the anthem. For the 2020 Super Bowl, Demi Lovato was the singer, and the over/under was set at 1:59. Those who bet the over were undoubtedly heartbroken, while those who took the under were fired up.

That's because Lovato clocked in her time at 1:50, meaning she was well under the 1:59 mark. Because of that millions of dollars went to the people who bet on the under. If you bet the over for that particular Super Bowl Prop Bet, then you were unfortunately out of luck.

This was just one National Anthem example. Every Super Bowl, loads of money will be placed on this particular prop bet.

After the AFC Championship Game and NFC Championship Game take place, we'll have two teams left who will battle it out for the Super Bowl. And with that, the Super Bowl Props Betting odds will be released, giving you so many different options on what to place wagers on. As soon as the two teams are set, our partners at OnlineSportsBetting will have the latest odds posted at the drop of a hat.

With that being said, let's say the Seattle Seahawks and Kansas City Chiefs are the two teams who will be facing off for the Lombardi Trophy. This will feature an incredible showdown with Russell Wilson and Patrick Mahomes facing off for all of the marbles. Some prop bets you might see here would be an over/under on how many touchdowns Wilson or Mahomes finishes with on the game.

If the number is set at three touchdowns for both players, it'd surely result in an intriguing bet to be made. Remember, though, if you pick Wilson/Mahomes to cover, they'd need to score four touchdowns for you to win your bet.

If either finishes with three scores, it'd be a push, while anything less would result in you losing your bet. With the way they're able to spread the ball around, however, four touchdowns surely seem realistic. Wilson is no stranger to winning the NFC and making it to the Super Bowl, as he did so for the Seahawks back in 2014. The odds were last updated on January 25, 2021:

Believe it or not, one of the most popular odds for football fans to take a look at for the final game of the year is for the Super Bowl Gatorade Bet. Wait, what? Yes indeed, fans love betting on how things will play out after the final whistle, with all eyes on the Gatorade shower that's about to take place for the winning coach. Which color will that Gatorade be?

That's what everyone can't wait to find out. You can actually bet on the color. Will it be red, yellow, orange, blue, or another color? If you're lucky enough to pick the right color, you'll see a handsome payout for placing this kind of a bet. Again, it will depend on which teams make it to the Super Bowl.

But, if the Chiefs are playing for the title, you'll see the Gatorade odds for head coach Andy Reid. After winning the Super Bowl in February in 2020, he would surely love another Gatorade bath to come his way. Only time will tell if the Chiefs will be able to make that happen for him. The odds were last updated on January 25, 2021:

What makes the big game even more interesting, and hilarious to be honest is that there are also going to be so many different Weird Super Bowl Bets that can be made. There will be odds for the Super Bowl that you surely wouldn't see for any other game during the NFL regular season or the NFL postseason. Heck, you won't see these kinds of odds during any other sporting event, period.

What kind of bets are we talking about? You could place wagers on the time of the longest commercial, how long the Super Bowl halftime show will be, whether or not the President of the United States will be in attendance, if the coin toss will result in heads or tails and so much more.

Because of that, companies really go over the top with their advertising teams to try and put together some amazing clips. Depending on which teams make it to the Super Bowl, you'll also see them try and cater to each fanbase as well. The odds were last updated on January 25, 2021: