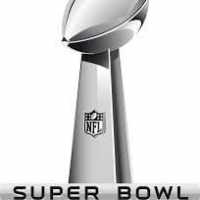 Every early February, football fans count down the minutes until the biggest game in the world takes place. Yup, we're talking about the Super Bowl. And far before it arrives, you're going to have Super Bowl Odds that will surely be mouthwatering when you see them on your computer screens.

With so much talent in the NFL, in both the AFC and NFC, there will be plenty of teams who will be in the running to go on a deep postseason run.

Whether you're looking at a futures bet, moneyline bet, a prop bet or even pairing multiple odds together for a big-time bet, our sportsbook partners will have everything you need to move forward. In this article, we break down the different odds you'll be able to find for the Super Bowl and how you can move forward with your NFL Super Bowl bets. Read on so you're best prepared before submitting your wagers.

As you're reading this article, regardless of when that might be, you're already going to see an incredible amount of the best odds ready for you to take a look at for your Super Bowl Betting. As soon as the 2020 NFL Super Bowl wrapped up, the available odds for the 2021 Super Bowl were up almost immediately afterward. That's how quickly things can go up.

As everyone knows by now, the Chiefs won the 2020 Super Bowl, and then shortly after they lifted the Vince Lombardi Trophy high into the sky, they were already the favorites to repeat as the Super Bowl champs. That will happen when you have Patrick Mahomes in the middle of a massive 10-year extension that was worth more than $500 million.

However, they won't be the only team that will have high odds of moving forward. For years to come, the Baltimore Ravens will also be a top team in the odds rankings because of Lamar Jackson and their tremendous defense. Meanwhile, for the Seattle Seahawks, Russell Wilson is one of the best quarterbacks in the league, and Seattle's defense has been elite for years.

Should the Ravens limit how much Lamar Jackson runs next season? @mspears96 thinks the answer is a strong yes. pic.twitter.com/8ILIY7CVRg

Last but not least, we can never forget about the Dallas Cowboys. Jerry Jones will always invest in his team to be a serious contender. Having Dak Prescott, Ezekiell Elliott and several other stars on the roster will only make his life easier. However, Dallas hasn't quite lived up to the hype in recent years. Will that change this upcoming season? If you think so, you can always take a look at the Dallas odds and decide if you want to bet on them to go out and win another Super Bowl.

Remember that the above sportsbooks also offer odds on the NFL Playoffs and on the NFL Regular season.

In the middle of the NFL season, those odds will be changing quite a bit because some teams will be going through hot streaks and seeing their stock rise. Injuries will also play a role in how things shape. Say for example the Steelers are 9-2 to start the season and their odds skyrocket. However, in Week 12, their starting quarterback goes down and is ruled out for the rest of the season. The odds will of course change.

You're also going to be finding odds for both teams in the AFC and NFC for who will end up winning the respective conference championships. This is huge because those two teams who win the AFC and NFC will of course go on to play in the Super Bowl. Once that matchup is set, you're going to see all kinds of different odds for those two teams. NFC Winners Odds last updated on September 15th, 2020.

You might find prop bets odds, over/under odds, and more. For Over/unders, betting on the total for the game is a fun one, but you also will see countless fans bet on each quarter's over/under or the halftime over/under. Remember too that as soon as the Super Bowl comes to a close, it won't be too long before the odds for the next Super Bowl end up getting posted too.