Cincinnati has been a long tortured franchise but it appears that is no more — not after the Bengals narrowly lost the 2022 Super Bowl to the Rams. It was a huge leap in improvement for the franchise and perhaps one of many more to come. That’s because its quarterback Joe Burrow is still a young player and one would think the best is yet to come for him. If so, watch out for this Cincy team. On this page, you’ll get everything you need to bet on this rising Bengals team.

The widget below will note who the Bengals play next in the NFL season. Reference this game’s odds BEFORE making your betting decision.

My Team's Next MatchCincinnati Bengals

Take a look at the Cincinnati Bengals schedule and plan your bets well in advance. When’s the bye week? Is a long road trip on the horizon? The schedule underneath will answer all those questions.

What Are The Current Cincinnati Bengals Standings

Below you’ll find up-to-date Cincinnati Bengals standings. You’ll want to pay close attention to rival teams like Baltimore, Cleveland, and Pittsburgh which also play in the AFC North alongside the Bengals.

How To Bet On Cincinnati Bengals

Next, we’re going to cover all the different ways you can bet on Bengals. You might have an affinity for one bet type more than others, but that’s for you to figure out as you drop money on Bengals odds. Here are the five bet types you’ll come across at the most popular NFL betting sites:

The simplest of all Bengals betting odds is the moneyline. The one and only point of this bet is to pick whoever wins the game straight up. That’s it. Moneyline odds will vary massively from game to game, which you have to account for.

Odds on spreads will almost always be -110 — and that goes whether you’re betting the favorite or underdog. Both teams will have a “handicap” they’re playing. This handicap is what’s called the spread. The favored team can’t just win the game, but they must do so by a margin more than the spread. The polar opposite applies to the underdog.

If you want action on Cincy but aren’t quite sure if the team is winning or not — little less by how much — then the over/under bet is likely up your alley. Bookies will set a point total on the team’s next game. The point total indicates how much the Bengals and its opponent will tally together. Bettors must choose whether the teams will go “over” that total or “under.” These bets typically are offered for each half and full game.

The highest amount of Bengals betting options exists inside the prop market. Think of props as side bets, typically not related to the game’s final score. Most of these side bets are on the Cincinnati players themselves and their statistical output. A prime example is an over/under wager on completions by Burrow over the entire game. Props in this realm could be extrapolated across the whole offense for running backs and receivers.

Unlike the previous four Cincinnati Bengals betting lines, futures don’t revolve around single games. These bets are typically about the team’s performance by the end of the season — such as whether they’ll win the AFC north or conference altogether.

We’re not going to sugarcoat it: sports betting is hard. There’s a reason why most online sportsbooks and casinos stay in business so long — cause they’re winning more than bettors. But that’s also because many bettors are completely void of any type of strategy. If you want to actually win at this consistently, you should have some hard rules on betting. We’ll help you out and offer three proven strategies to use whilst gambling:

The Bengals haven't had a wildly successful run since being founded in 1968, but at the same time, they're not nearly as incompetent as most NFL fans suspect. In the team's history, the Bengals have made the playoffs 15 times and won the AFC Championship three times (1981, 1988, and most recently 2022). Unfortunately, the Bengals are one of 12 teams that haven’t yet won a Super Bowl.

The most memorable moment in the franchise's history came during Super Bowl XXIII — and it's still a tough pill to swallow for the fanbase. Cincy held a 16-13 lead over San Francisco deep into the fourth quarter. Remember, this was at the height of the 49ers frenzy with Joe Montana under center. Welp, Montana would lead his team to a come-from-behind victory, famously hitting John Taylor in the back of the endzone for the go-ahead touchdown with 34 ticks left. 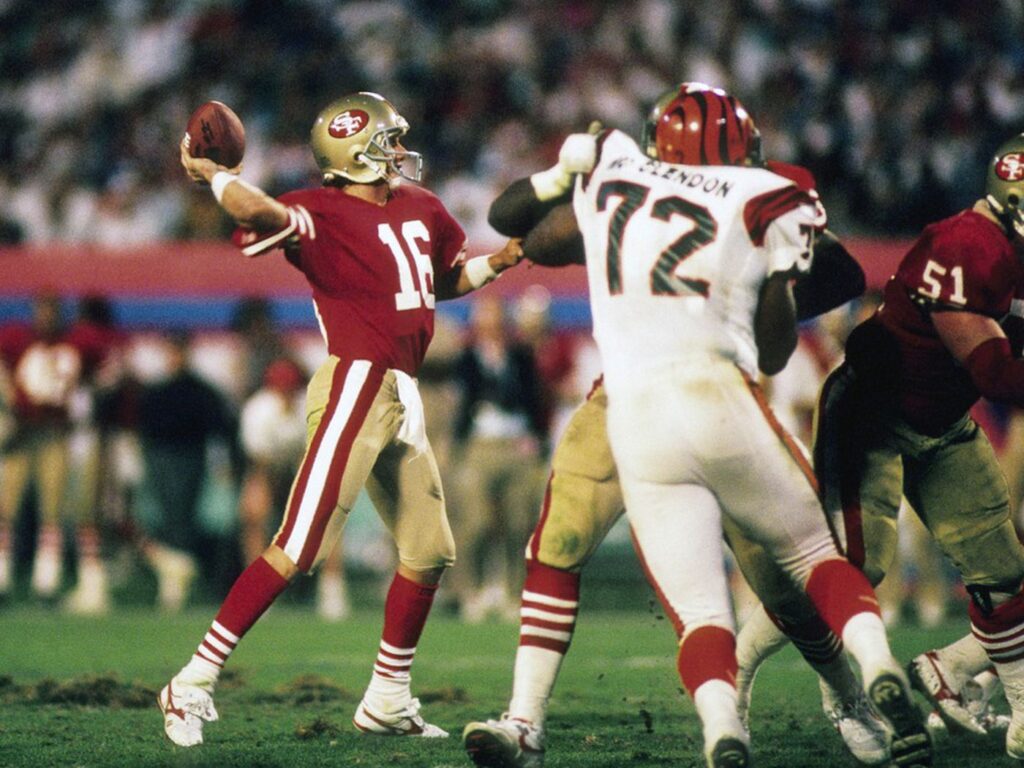 One of the most popular figures in Bengals lore is Paul Brown, who's typically associated with in-state rival Cleveland. However, Brown was instrumental in bringing a franchise to the city, which isn't exactly known as a booming metropolis.

On the player's side, only center Bob Johnson has ever gotten his number retired, 54. The team also sent lineman Anthony Munoz into the Hall of Fame. Munoz spent his entire 12-year career with the franchise during the '80s and early '90s.

Given the team’s recent Super Bowl run and the youth of Joe Burrow, one would expect the Bengals odds to win Super Bowl remaining strong in the near-term future. The quarterback position is extremely valued by not just bettors, but NFL brass themselves. While we don’t want to crown Burrow completely, he’s already shown that his ceiling is very high. That will factor heavily into the Bengals Super Bowl betting odds on a yearly basis. Of course, Burrow can’t do it all by himself. So that’s why we recommend evaluating the Cincy supporting cast before running to make bets on a Cincinnati Bengals Super Bowl win. But don’t just look at the players, do the same for the coaching staff who are tasked with creating the system to make the best use of all the individual talents.

How Can I Bet On Cincinnati Bengals Online?

Ready to put your money down on the Cincinnati Bengals? Here are a few of the top online sportsbooks to consider using before placing your wagers. Read our updated sportsbook reviews to help you decide which one to use over the other.