The Cleveland Browns are the lovable losers of the NFL, and cause of that sterling reputation, the franchise draws plenty of action at top-rated NFL betting sites. That’s why we’ve written this Browns betting guide. It’s packed with all the must-know information to bet on Browns — current odds, schedule, tips, and sportsbook suggestions. Keep reading for a complete betting breakdown!

Check out who the next Cleveland Browns game below. We’ve also listed the game’s odds so you can begin your decision-making process on who to put money on.

My Team's Next MatchCleveland Browns

Plan your bets well in advance by referencing the Cleveland Browns schedule. You’ll be able to get the maco-view on the entire playing season, which will help formulate a long-term betting plan.

What Are The Current Cleveland Browns Standings

You can track the Cleveland Browns standings with the underneath widget. Pay close attention to how they fare against the Bengals, Ravens, and Steelers — their divisional foes in the AFC North.

How To Bet On Cleveland Browns 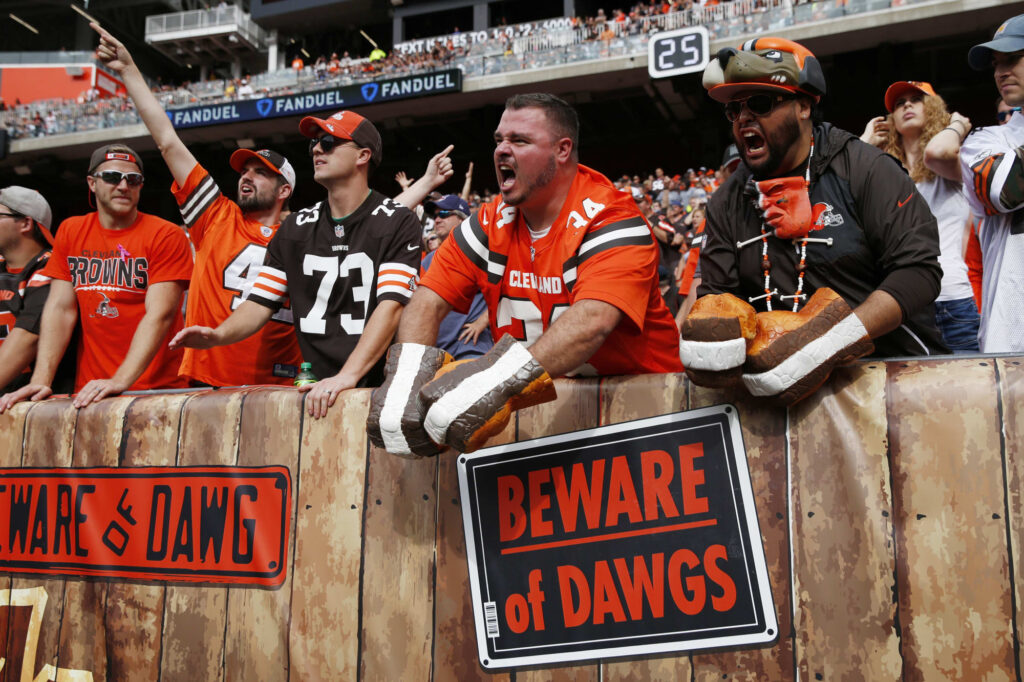 While there’s no shortage of Cleveland Browns betting lines, all of them will fit into one of five categories. Allow us to give you the breakdown on Browns betting odds:

The moneyline bet is the most straightforward of all Browns odds. This bet is literally a pick on whether Cleveland wins or its opponent.

This is also a wager on the Browns winning or not, but with a twist. Cleveland is playing the game with a points handicap. As favorites, they must win the game by more than that handicap in order to “cover the spread.” However, if underdogs, the Browns can either win the game straight up or lose by less than their handicap to cover.

Never mind whether Cleveland’s gets a win or lose, the over/under bet is concerned with something entirely different — how many points they tally, along with their opponent. Bookmakers will peg a number and its bettors to either choose over or under. Simple in theory, but harder in practice given how erratic the Browns tend to be.

No category will have a wider variety of bets available at top-used NFL betting sites than props. These wagers can really be on ANYTHING, but most of the time, it’s on statistical outcomes. Say who scores the game's first touchdown or over/under on rushing yards gained by a lead running back. Props are a perfect way to “spice up” the betting routine.

Futures, as the name suggests, are bets on distant outcomes far beyond one game like the previously-mentioned wagers. A perfect example of this would be a Cleveland Browns Super Bowl victory. All 32 teams have a line to win it and this futures bet draws heavy attention. Similar bets can be made on whether the Browns win the division or conference too.

If you want to win Browns bets more than you lose them, then you'll need a plan. Sports betting is way to hard for things to "just happen." You might get a way with that in the short-term, but to consistently win over the long haul, a strategy is a must. It's on you to create this strategy that fits your style, but we have a few pointers to incorporate:

Winning hasn’t come easy in the last couple of decades for the Cleveland Browns. In fact, it hasn’t come at all. The franchise was founded in 1946 and went on to win eight league championships — four in the AAFC along with four NFL titles. By 1995, owner Art Modell planned to relocate the organization to Baltimore, but not without a fight from fans and the city of Cleveland. Modell was eventually granted permission to move the team to Baltimore and the Cleveland franchise was suspended by the NFL until 1998 when the Browns were reborn as an expansion team.

Since then, Cleveland has been one of the league's most miserable franchises — and that's putting it lightly. Since being re-established, the team has made the playoffs just twice, in 2002 and 2020. That's it.

Most of the Browns' historical success came long, long before the AFL-NFL merger. The team collected eight championships between 1946 and 1964. Not only has a championship eluded the franchise since then, but even a division title has been hard to come by. Cleveland was last atop their division in 1989. 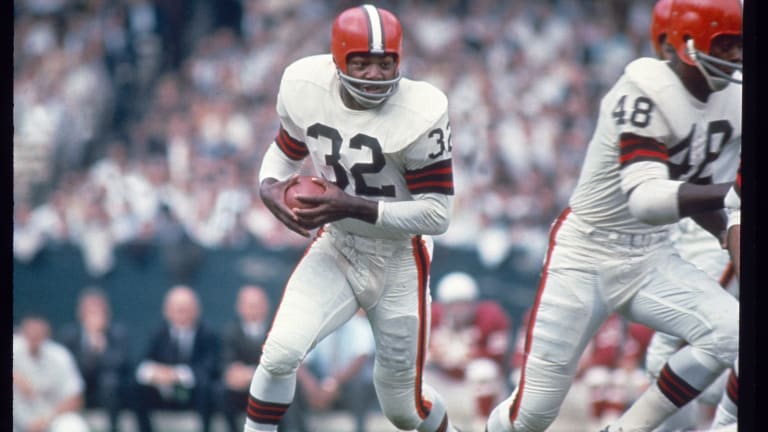 Hall of Fame running back Jim Brown is the most beloved player to ever don a Browns uniform. Brown is the club’s all-time rushing leader with 12,312 yards to go along with 106 touchdowns. Brian Sipe, who played with the Browns for 10 seasons from 1974 to 1983, holds the franchise record for passing yards with 23,713.

Could that record be eclipsed by newly-acquired Deshaun Watson? That's what the "Dawg Pound" — the affectionally-named bleacher section of the home stadium — is banking on. Cleveland traded a random for Watson in the 2022 offseason in hopes he can finally turn the franchise around.

We mentioned this earlier, but it bears repeating: there are Browns Super Bowl betting odds on them winning. Of course, the franchise remains Super Bowl-less but there’s optimism for the future with Watson now in the picture. Yes, he has a questionable past but he can also flat-out light the field up with his arm and legs.

The NFL is a QB-driven league. In fact, that’s one of the very reasons why the Browns have struggled so much over the years, they’ve had an inability to find competence in the position. Welp, Watson might be their long-lost answer. We’d expect Cleveland’s title odds to remain solid to win a Super Bowl so long as Watson can stay on the field.

Where Can I Bet On Cleveland Browns Online

Ready to put your money on the Cleveland Browns? Here are a few of the top online sportsbooks to consider before placing your wagers. You can read our in-depth sportsbook reviews to see what each respective site has to offer you.