If you still have to stop yourself from saying the Oakland Raiders, then you’re not alone. It’s great Las Vegas — the gambling capital of the Western world — has an NFL team now, but not at the expense of Oakland losing theirs. But hey, nothing we can do about it now besides make money off the new Vegas property through the city’s calling card: betting. To do just that, we’ve compiled this Raiders betting guide with all the expert tips and up-to-date info you need as a bettor.

Your next shot at making money off the Raiders is listed below. This widget is updated at all times to feature the most forthcoming Las Vegas Raiders game.

My Team's Next MatchOakland Raiders

With the NFL’s expansion to 17 regular-season games, no longer 16, you now have an extra opportunity to wager on the Raiders. Below you’ll see the Las Vegas Raiders schedule in its entirety, which helps you know what betting opportunities are on the horizon.

What Are The Current Las Vegas Raiders Standings

Las Vegas competes in the AFC West alongside the likes of Dever, Kansas City, and the LA Chargers (who like the Raiders, also left their original home). The Las Vegas Raiders standings is featured below so you can compare how they stack up inside the vaunted division.

How To Bet Las Vegas Raiders

Generally speaking, you can bet on Raiders in one of five ways at the most popular NFL betting sites. All wagers will fall into one of the following five categories:

The easiest-to-understand Raiders betting odds will undoubtedly be the moneyline. The sole purpose of this bet is to pick the game's winner. It’s as simple as that but not always easy to hit on given Las Vegas' tendency to play wildly inconsistently from game to game.

When it comes to spreads, the Raiders and its opponent will start the game with a point-based handicap. Say Vegas is favored. Well, to cover the spread, they’d have to win by a margin greater than the spread. However, the opposite applies if the Raiders are underdogs in that they must lose by less than that amount.

Here’s one of the most popular Las Vegas Raiders betting lines — it also deals with the score, but not in the way of who’s winning. Over/unders (also called point totals) are concerned with how many points the Raiders and their opponents are totaling. Bookies set a number — for either the half or the entire game — and it’s on bettors to predict whether the combined score is over or under that number.

The Raiders odds you’ll find in the prop market will range far more. That’s because it can really be anything. Props are like side bets and mostly center on individual player performances. A prime example of props includes who scores the game’s first touchdown or an over/under on rushing yards by a running back. Betting options are seemingly endless when it comes to props.

The name futures tells you everything you need to know about this lucrative bet type. The betting outcomes have to do with future events, usually by the end of the season, not single games. That includes whether the Raiders will win any titles (division or conference) or individual hardware (MVP, Defensive Player of the Year, etc.). 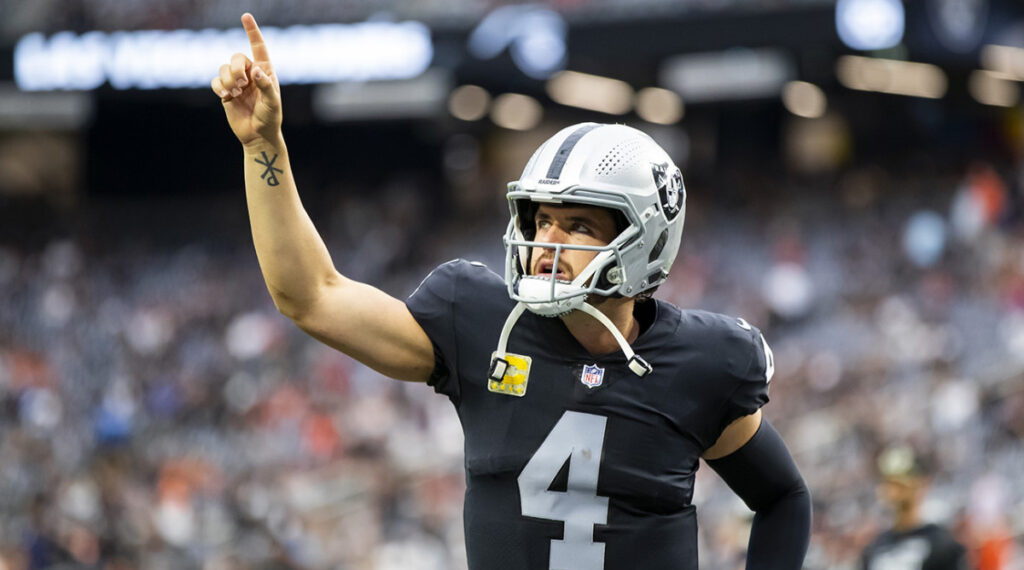 If you plan on being profitable at this betting thing, you’ll need to have a game plan. No one plan is perfect for every bettor, but we did want to share some rules of thumb that have served us well over the years. Here are our best pieces of advice:

"Da Raiders" are one of the most iconic franchises in NFL history and there's zero disputing that. The franchise, with its silver and black coloring and outspoken owner, long symbolized rebellion. Now that the team is playing in Las Vegas, that lawless reputation has been cemented even more.

The team started in Oakland in 1960 as a member of the American Football League. The first years were shoddy with multiple owners at the helm of the team. Stability was finally found in 1963 when Al Davis bought the team. He would go on to own the team for 57 years, mostly successful years too. 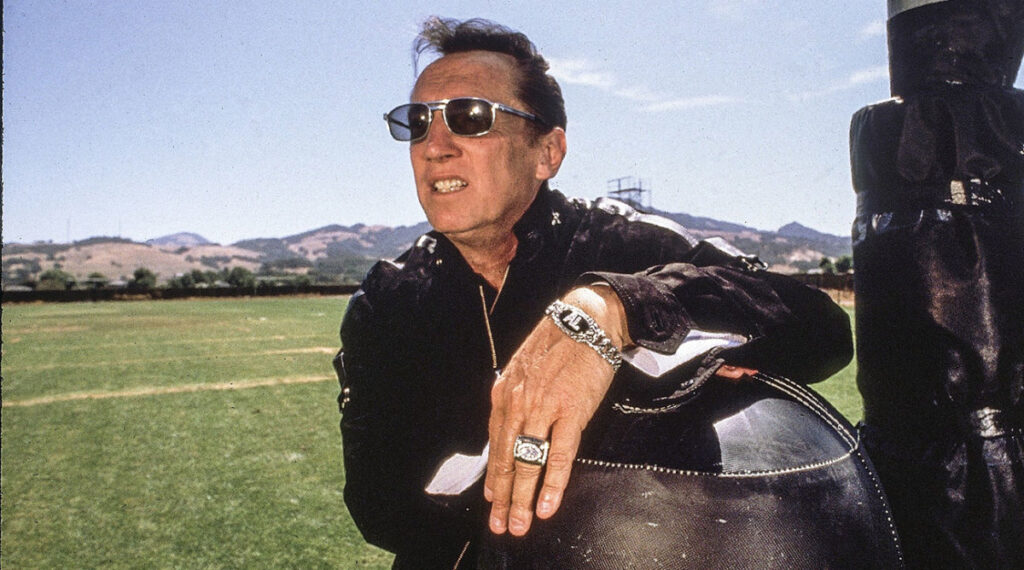 During Al's reign, the Raiders had 29 winning seasons, including 16 in a row from 1965 through 1980. Two of those years, 1978 and 1980, resulted in Super Bowl victories. It was during these high years were terms like "just win, baby" and "commitment to excellence" became part of Raiders lore.

But it just wasn't winning that engulfed the franchise at the time, and controversy as well, mainly from its owner. Davis moved the franchise to Los Angeles, but not without having to use litigation against the NFL and its owners. The Raiders would remain in the City of Angels — where many argue they remain the city's most popular football team today — until 1995 when they returned to Oakland. Here again, Davis sued the NFL for what he alleged was them sabotaging the construction of a new stadium in LA.

Davis died in 2011, but it was not long after his franchise once again became embroiled in moving controversy. When the team couldn't get a brand-new football stadium, they bolted to Las Vegas in 2020, marking the first time ever an NFL team called the city home. NFL long avoided Las Vegas due to a taboo on gambling, but that is no more, which has caused an explosion in betting (and probably why you're reading this right now).

The Raiders have not won a playoff game since the last time they played in a Super Bowl — two decades ago in 2002. As a bettor, you might want to wait for them to get a postseason victory before jumping on any Raiders Super Bowl betting odds. Rarely do inexperienced teams win a title without gradual playoff success. Not never (2020 Tampa Bay did it) but it’s incredibly rare.

If the odds of a Las Vegas Raiders Super Bowl win are to go up, it’ll be because the team can either develop or recruit game-changing players. For what it’s worth, playing in Sin City — an adult playground with no state income tax — will certainly help the team build through free agency.

Where Can I Bet On Las Vegas Raiders Online

Raiders betting doesn't get easier than the bookmakers we've listed underneath. If you've read our in-depth sportsbook reviews, you'll know the sites featured in the table below are the "cream of the crop" for not only Raiders wagering, but the whole NFL at large!