The Patriot dynasty lasted 20 years but it’s safe to say it is no more. The dynasty ended when Tom Brady left or was forced out — depending on what side of the story you hear — of the franchise. Head coach Bill Belichick remains the organization’s figurehead, but at 70 years old, for how much longer is a reasonable question to ask.

The Belichick-Brady marriage proved to be fruitful while it lasted as the two claimed six Super Bowls and nine conference titles together. If Mac Jones — the heir apparent under center — can even have a sliver of that success, then the first-round pick the Patriots used on him in 2021 will prove to be worthwhile. Anyone looking to jump on Patriots betting odds needs to monitor Jones’ development as a passer. He’s young so he could either improve big-time or fizzle out once his “newness” wears off.

“On to Cincinnati” is one of coach Belichick’s most memorable phrases, said after New England was trounced in a game by a different team. The saying speaks to the coach’s philosophy of taking it one game at a time — never dwelling on the past and never overlooking the forthcoming opponent. That’s a philosophy bettors would be wise to adopt. If so, you’ll start by weighing the New Englands Patriots game below as it’s the next one on the schedule.

My Team's Next MatchNew England Patriots

The NFL expanded to a 17-game regular season in 2021, giving you at least one extra chance to bet on Patriots any given year. Below you’ll find the New England Patriots schedule in its entirety. Use this to plan your bets for the season — keeping road games and bye weeks top of mind.

What Are The Current New England Patriots Standings

When Brady was in the mix, it felt like a foregone conclusion the Patriots would win the AFC East every single year (and cash that team futures bet at popular NFL betting sites). Now? Not even close. To monitor the New England Patriots standing in the division — alongside the Bills, Dolphins, and Jets — turn your attention to the table below. We updated AFC East standings after every matchup involving one of its teams.

How To Bet On New England Patriots

There's a multitude of ways for Patriots betting. That includes game-by-game bets (spreads, over/unders, moneylines, and props) or long-term futures (conference winner or coach of the year award). Here's what you can expect from each one one:

When Brady was still with the team, New England was a moneyline favorite about 90 percent of the time. That is no more. For those wondering, moneyline is just a straight-up bet on whether the Patriots win or not. With the dynasty dead, we wouldn't expect New England to go back to its moneyline-favorite-dominating ways anytime soon.

This will be the most common outlet to bet on New England since bettors love flocking to spreads. Think of spreads like "handicaps." If you're the betting favorite, then you must win the game by a certain amount or more. Vice-versa, the underdogs must keep a game close enough on the points (or pull off the upset entirely) to cover their own handicap.

If you're unsure about picking the Patriots to win (and by how many points), then over/unders will be a popular choice for you instead. This wagers cares only about the score of a New England game — either halftime or full-time. Bookies will set scoring totals that Patriots and its opponents will combine for. As a bettor, you simply decide whether they'll score more or less than that pre-set number. Easy to understand, but harder to execute as you'll find out... 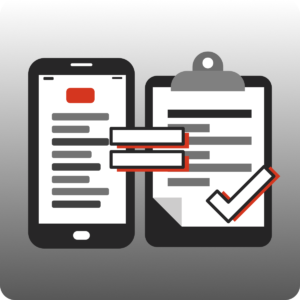 The prop market for an NFL game, whether it's a Patriots matchup or another, is usually loaded. That's because there are much more betting options to pick from. What color will Belichick's hoodie be, who will be the first Patriots player to score a TD — those are just two examples of what you can expect out of the prop betting market. As you can see, props are just small bets on different outcomes within a game.

Futures are longterm bets related to the Patriots. Examples of this include whether the team will win the Super Bowl (more on that shortly). Unlike the game bets we mentioned before, you're going to have to wait to see whether you won or lost these bets since most futures revolve around end-of-season results (e.g. who wins the conference title, Super Bowl, or division crown).

Want to make money off Patriots-related bets? Then you'll want to read this section closely. We're giving you our expert pieces of advice when betting on New England — or another NFL team for that matter.

The first and most important tip is to evaluate each matchup. The number-one mistake we see bettors make is judging teams based on a common opponent. Let's say the Pats are playing the Dolphins. If each team played the Chiefs already, you might lazily think since New England lost that game by four, whereas Miami lost by 14, that the Patriots are the better team. This is an awful assumption that neglects the age-old truth of the NFL being a game of matchups.

You must be much more nuanced if you want to win at betting over the long haul. The Dolphins might have a terrible secondary, which is a bad matchup against Patrick Mahomes. But do the Patriots have a quarterback that can make Miami pay like Mahomes? Well, probably not (Mahomes is one of a kind, after all). You're much better off evaluating the strengths and weaknesses of the Patriots and its next opponent rather than comparing games against an entirely different team.

Our second tip is on overreactions. Bettors have a tendency to overweigh one single performance. Remember how many times we heard the Patriots dynasty was over only for them to bounce back and win another Super Bowl? While we do think the dynasty is over now without Brady, this just speaks to bettors having a preconceived notion in their mind and finding the first piece of evidence to support it.

When you have an all-timer coach like Belichick, you want to drop those preconceptions now. Belichick made a career out of adjusting on the fly and he's likely prone to doing it some more. Yes, weigh recent performance, but don't make it your sole sticking point when deciding on how to bet on the Patriots next time out. 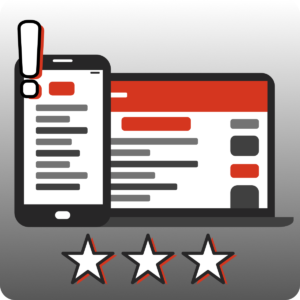 The history of the Patriots can be split into two chapters: before Belichick-Brady and after the pair. Seriously, because the franchise looks completely different in each chapter.

Let's begin in the pre-Belichick and Brady days. New England was a struggling franchise for three decades. Founded in 1971, the team had zero Super Bowl wins. They did make it two title games, however, but each ended in double-digit losses (most famously, they were trounced by the 1985 Bears in the Super Bowl).

But that all changed in 2000 when Belichick was hired. He controversially spurned the New York Jets to take the New England job, which is one big reason behind the two's charged rivalry (another is the usual Boston vs. New York beef). That same year, he would select Brady in the sixth round. And as they say, the rest is history.

Brady and Belichick would form arguably the greatest coach-quarterback duo of all time. Together, they've won 249 games (both regular season and postseason), which is an NFL record. The six Super Bowls the two won together give the franchise a tie for most all-time with the Steelers.

But as we already touched on, Brady and Belichick divorced in another example of "all good things must come to an end." But Brady and Belichick weren't just good, they were historically good. Seriously, we might never see another pair match the success of the two together.

Just a few years ago, the Patriots Super Bowl odds were among the highest in the whole league. That is no longer the case as New England is now in the middle of the pack. Unless we see a huge step-up in play from Jones, we would stay far away from Patriots odds to win the Super Bowl. That's not discrediting Jones, but it's a quarterback-driven league, and Jones has a long way to prove himself in the same class as Patrick Mahomes or Aaron Rodgers.

For now, betting on weekly games feels like the most opportune way to cash in on New England Patriots betting lines. That's because this team is still finding its identity post-Brady and due to that, they'll be too inconsistent to bet serious money on Patriots' odds when it comes to Super Bowl futures.

Where Can I Bet On New England Patriots Online

Ready to put your money on the New England Patriots? Here are a few online bookmakers to consider before placing your wagers. The table includes our up-to-date online sportbook reviews so you can compare and contrast between sites.